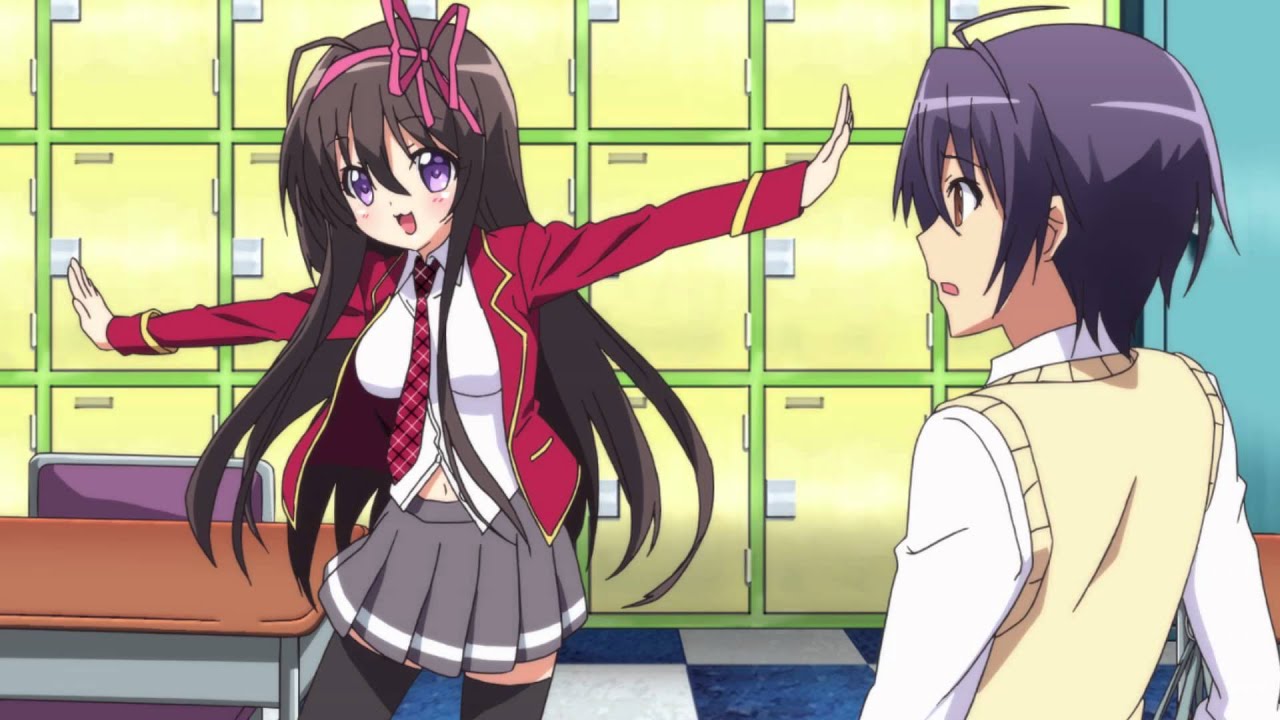 Most of us live a rather monotonous life where each day is a repetition of the previous one in one way or the other. Escaping this life may not be as hard it seems but the ability to make choices with respect to it is rather challenging. But what if every single day, you were forced to make certain choices by a higher power, how different would life be then? ‘My Mental Choices Are Completely Interfering With My School Romantic Comedy’, also known as ‘NouCome’ in short, revolves around the life of a young boy who lives a life that is completely controlled by a higher power forcing him to live a not-so-ordinary life. With quite an interesting premise, the anime is basically a rom-com that involves characters doing all kinds of crazy goofy things. Even if you’re not too fond of rom-coms, this one might just change your whole opinion about the genre.

Typical of Harem anime, the animation consists of detailed and distinguishable characters and extremely colorful backgrounds. The art style has pretty much everything that you would expect it to have considering other similar shows. The sound effects are not too special and go unnoticed for the most part of it. Almost all background scores have a typical light-hearted high school romance feel to them.

One thing that really stands about the sound aspect of the show is the uniquely diversified voices used by voice artists. If you have ever been into visual novels, then you’ll totally love the idea behind the story of this show and your enjoyment will be beyond any limit. All in all, if you’re able to overlook its flaws and unnecessary fan service, you’ll really have a good time watching the anime and I can assure that certain hilarious moments will even make you laugh out loud.

NouCome Season 2 Release Date: When will it premiere?

‘NouCome’ season 1 premiered on October 10, 2013 and with a total of 10 episodes, it ended on December 12, 2013. Since then, the anime has had a one-episode side-story OVA which released on May 20, 2014. When it comes to a season 2 of the show, considering that the last of it was seen just about 5 years ago, we can’t simply dismiss it by saying that it’s been a long time since its initial release. Nonetheless, over the year, there have been no online rumors or news regarding its renewal. This could either mean that most viewers have just accepted that it has ended or most of them have just forgotten it by now which is a possibility as it has average ratings.

Considering that it only has 10 episodes in the first season and one OVA following that, it seems very unlikely that the anime might have had enough sales figures for a whole new season. So as of now, we don’t think another season will ever be renewed, but even then, if we get any confirmations regarding ‘NouCome’ season 2 release date, we will surely update it here in this section.

The English Dub of ‘NouCome’ is available on HIDIVE and you can also stream the anime with its original Japanese audio and English subtitles on Crunchyroll.

Kanade Amakusa craves a normal high school life but to his dismay, a ridiculous curse called the “Absolute Choice” has been forced on him by a self-proclaimed god. According to this curse, a mental selection of actions will be presented to him from time to time and he must act solely by choosing one of these actions. His life is now pretty much like a visual novel where he is constantly forced to “choose his own adventure.” The worst part about this is that it tends to occur when he is in public places and the choices that he gets are very rude in nature.

His life becomes a complete mess as every single day he tries hard to repair the damage done by his actions and also prays that somehow the curse is taken away from. But the God who controls his curse always seems to be ahead of him and makes sure that he gets into the most awkward and embarrassing situations with the girls of his school. Just when Kanade almost gives up on the idea of having a better life, one choice leads to another and one day, a beautiful girl comes crashing down from the sky. This incident comes with several choices of its own now. Will all of this make his school life less doomed or will he end up ruining his life even further?

Kanade Amakusa is the main protagonist of the series who suffers from a curse called “Absolute Choice”. This curse has made his life a living hell as it gets him into the most unwanted situations. But aside from his occasional outbursts because of it, he is actually a very kind and friendly person. A lot of times, he even ends up getting beaten up because of all the forced things he does under the influence of the curse. But he still never treats anyone badly, when in control and never holds any grudges against anyone.

Chocolat is one of the main female protagonists of the series who is aware of Kanade’s curse. She is a beautiful petite teenager with long blond hair and bright blue eyes. She is a very cheerful and lively girl does not really care about too many things. She is also very loyal to Kanade and even falls for him much later. She has a counterpart that only comes out when she bumps her head or gets drunk. Unlike her real-self, her counterpart is very serious and also has a much better idea about the curse.

Furano Yukihira is another main female character who is Kanade’s classmate. She has short silver-white hair split into two solid bangs. She usually stays quiet apart from her occasional outbursts of lame jokes that she cracks while maintaining a poker face. She casually uses vulgar words in her sentences and almost comes in par with Kanade with her insults. But deep inside, she gets really stressed out about the things she says and even gets really excited over things that are cute. There are times when she’s also very insecure about her physical appearance.

Ouka is another one of Kanade’s classmates who is infamous for her cheerful and hyperactive behavior. For her age, she has an average height and a very well-endowed figure. She doesn’t really have a good reputation in school but most guys find her perfect for how beautiful she is. She has light purple eyes and extremely long dark brown hair that is usually not tied up. She has a wildly hyperactive personality that repels most kids in the school. She even gives a lot of weird nicknames to the people who are close to her.