Now and Then Season 2: Renewed or Cancelled? 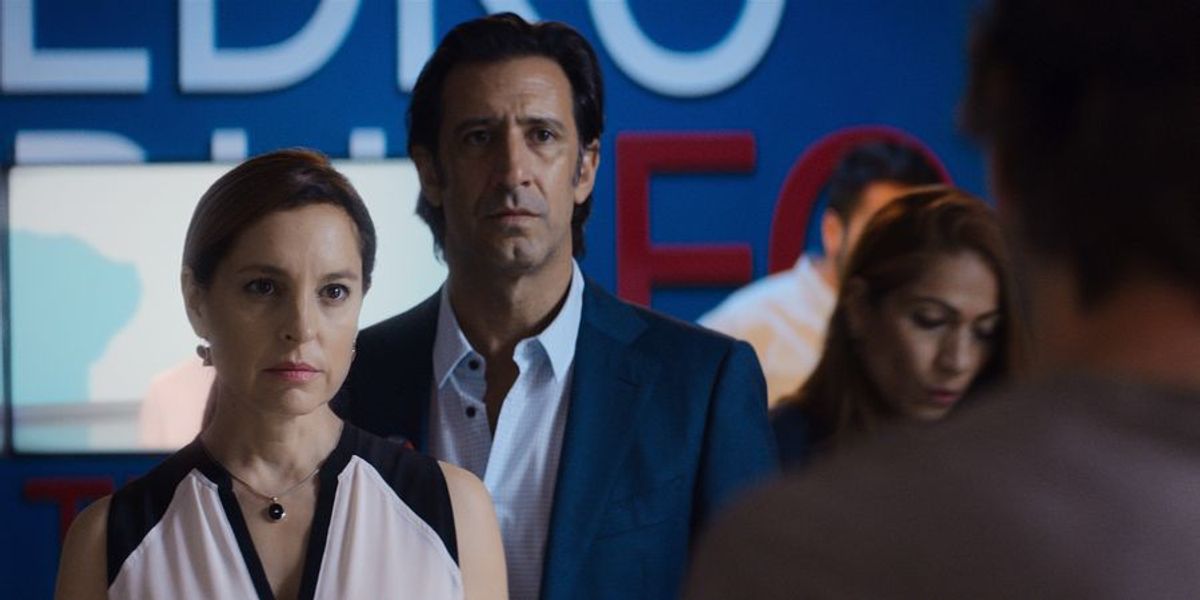 ‘Now & Then‘ is a thriller series created by Ramón Campos and Gema R. Neira that revolves around the lives of a group of college friends closely tied together by a dark secret. However, after receiving a mysterious blackmail text, the group fears their secret will be spilled. The enthralling and high-voltage drama series beautifully arranges the friends’ interpersonal conflicts around a murder mystery plot.

The series has received mixed reviews from critics. While the first season finale provides viewers with some much-needed answers, it leaves the door open for the story to continue. Therefore, with the first season wrapped up, the show’s fans must be looking for details about a second installment. In that case, let us share everything we know about ‘Now & Then’ season 2!

Now and Then Season 2 Release Date

‘Now & Then’ season 1 premiered on May 20, 2022, on Apple TV+. The first season contains eight episodes with a running time of approximately 50 minutes each. The first three episodes were released together (on May 20, 2022), while the remainder dropped weekly. The season finale was released on June 24, 2022.

At present, Apple TV+ hasn’t renewed the series for a second installment, and the makers have also remained quiet on the matter. However, actor Jose Maria Yazpik has expressed an interest in returning for a second season. Moreover, season 1 ends on a shocking cliffhanger, suggesting that the makers have planned a second installment and are awaiting a green light from the streaming service.

If the series meets the service’s viewership benchmark, AppleTV+ could officially renew the series in the coming months. If a second season is greenlit, production is likely to commence in early 2023. Therefore, a prospective ‘Now & Then’ season 2 will likely arrive on our screens in Summer 2024.

Now and Then Season 2 Cast: Who can be in it?

We expect most of the main cast members (including actors playing the younger versions) to reprise their roles for the second season. Villamil could also return through flashbacks despite her character’s death in the first season. Recurring cast members such as Juana Acosta (Isabel), Eduardo Noriega (Ernesto), and Víctor Mallarino (Arturo Herrero) are likely to continue appearing alongside some new faces in the cast.

Now and Then Season 2 Plot: What Can it be about?

The first season of ‘Now & Then’ revolves around the investigation of Daniela’s death and its connection to the death of Alejandro from 20 years ago. The new twists and turns in the investigation have a ripple effect on the lives of Marcos, Sofia, Ana, and Pedro. In the end, Flora discovers that Sullivan killed Dani and was involved in the cover-up of Alejandro’s death. Marcos and Sofia part ways while Ana and Pedro announce their political ambitions. The final scene depicts Flora arriving at a morgue to identify a dead body.

The second season will likely be set two years after the season 1 finale and will resolve the cliffhanger. We might learn about the dead person’s identity and how it affects the lives of Marcos, Sofia, Ana, and Pedro. The season could include flashbacks to sketch the story from the 2-year gap period giving us a window into the characters’ motivations. We could also learn more about Alejandro’s death and the interpersonal relationships between his friend circle.