Will There be a Nurses Season 2? 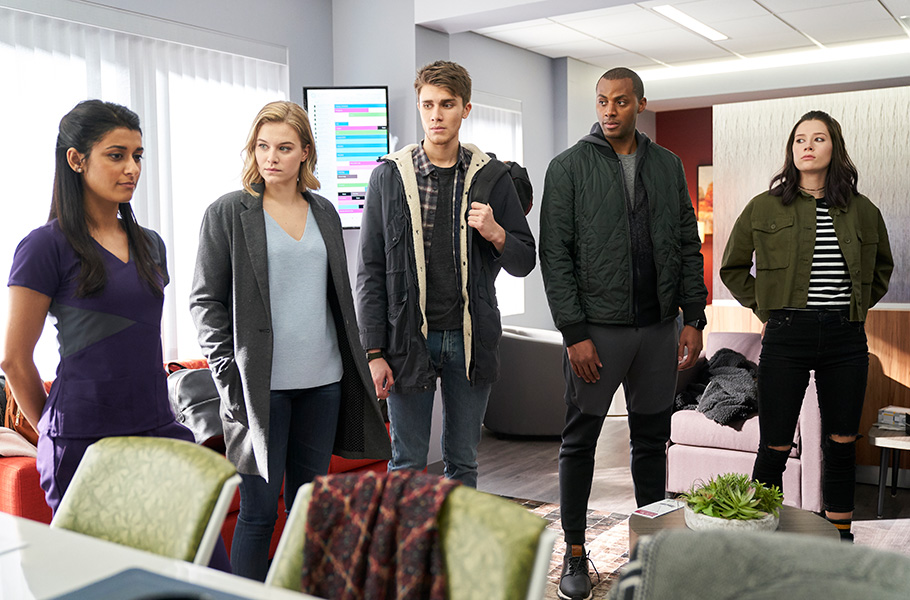 ‘Nurses’ is a Canadian medical drama that revolves around a squad of dedicated nurses at a busy hospital in downtown Toronto. However, although these professionals devote almost everything to the service of their patients, they still need to figure out their own problems. Following its run in Canada, the remarkable show was eventually picked by NBC to air for its American audience. Featuring a warm concept and emotional stories, season 1 of ‘Nurses’ was adored by fans. Therefore, let us check out if the series has the scope to spawn another season.

‘Nurses’ season 1 premiered on December 7, 2020, on NBC, It then releases its second episode on December 14, 2020, at the same time slot. Following this, new episodes drop on Tuesdays (starting January 5, 2021). Before its US premiere, season 1 ran in Canada on Global TV from January 6, 2020, to March 9, 2020, spanning 10 episodes. Fans would be delighted to know that ‘Nurses’ was renewed for a second season in December 2019, even before the first installment’s broadcast in its home country.

Principal photography commenced in Toronto in March 2020. Announcing the start of the shooting for season 2, Lisa Godfrey, VP of Original Content, Corus Entertainment, said in Global’s press release: “Nurses has resonated with audiences immediately to become an instant hit on Global, further demonstrating our commitment to investing in premium content. Led by the talented teams at ICF Films and eOne and portrayed by a diverse, Canadian cast, we look forward to seeing where Season 2 takes our young nurses as they face new challenges on the hospital frontlines and with each other.”

The filming for the second edition has already wrapped up. Now, all we need to do is wait for a release date, which has not been announced yet. Our best guess is: ‘Nurses’ season 2 will premiere sometime in early 2021 in Canada. Following this, it should drop on NBC in late 2021. The second season will consist of 10 new episodes.

Nurses Season 2 Cast: Who can be in it?

Leading the cast as the five nurses are Tiera Skovbye as Grace Knight, Natasha Calis as Ashley Collins, Jordan Johnson-Hinds as Keon Colby, Sandy Sidhu as Nazneen Khan, and Donald Maclean Jr. as Wolf Burke. It has already been confirmed that the entire main cast will be making a comeback in the second season of the medical drama series.

We also expect to see most of the recurring stars – Cathy White as Sinead O’Rourke, Ryan-James Hatanaka as Dr. Evan Wallace, Nicola Correia-Damude as Dr. Vanessa Banks, and Alexandra Ordolis as Caro – returning for season 2 as well. Fresh additions in the second iteration include Rachael Ancheril as Kate Faulkner and Katie Uhlmann as Candy Kemper.

Nurses Season 2 Plot: What can it be About?

Season 2 will pick up the story, four months after Grace, Ashley, Keon, Naz, and Wolf had started their journey as interns. However, the professionals will now need to pay more attention to this famous proverb: “A little knowledge can be a dangerous thing.” This holds more true when one holds other people’s lives in their hands. As our rookie nurses welcome new challenges, they will have to adjust to some new additions to the St. Mary’s staff.

We have Kate Faulkner, who had turned in her RN for an MBA. There is also the single and good-looking Matteo Rey, who might soon get into trouble with his peers after joining the hospital. Finally, we meet the forever sunny Candy Kemper. The second season will see a host of fresh, high-stakes medical cases, coupled with romantic entanglements. As outlined by Global’s press release, “This season the five newbies will heroically endeavor to help their patients, while still struggling as they learn how to help themselves.”