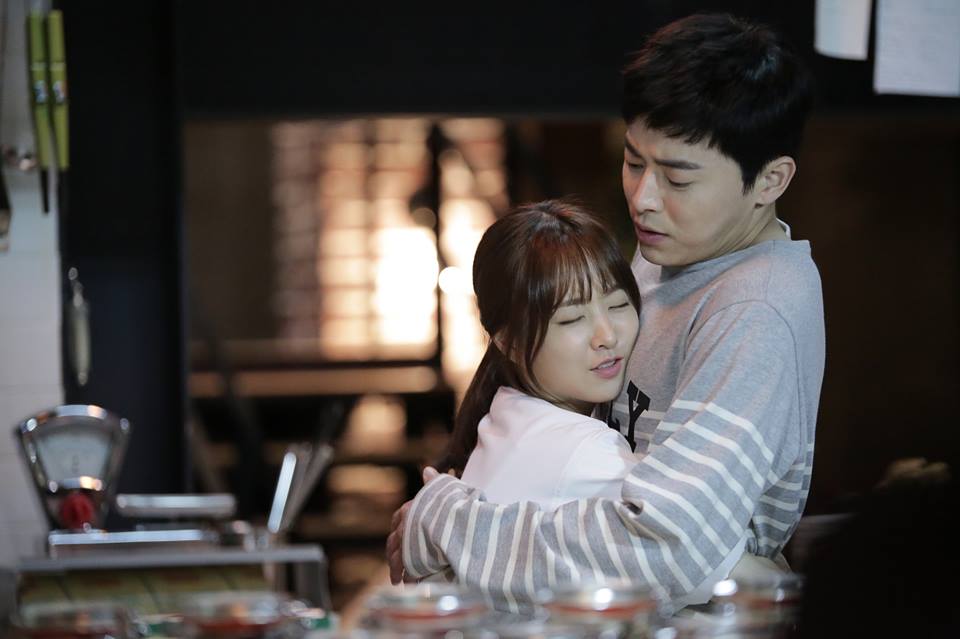 ‘Oh My Ghostess’ also titled ‘Oh My Ghost’, is a South Korean television series written by Yang Hee-Seung and Yang Seo-Yoon and directed by Yoo Je-won. This romantic comedy tells the story of Na Bong-sun, a timid girl who has very low self-esteem and struggles to have an opinion or position of power and is easily intimidated. However, she has a secret power passed on to her from her shaman grandmother- she can see ghosts.

Oh My Ghostess Cast: Who is in it?

‘Oh My Ghost’ features a brilliant cast with Park Bo-young starring as Na Bong-sun. Bo-young is known for her roles in many hit films, including ‘Scandal Makers’ (2012), ‘On your Wedding Day’ (2018) and ‘Strong Girl Bong-soon‘ (2018). Jo Jung-suk plays opposite her as Kang Sun-woo, the head chef at the restaurant Bong-sun works. Jung-suk has been a stage actor for almost a decade after which he gained further fame for his roles in ‘The King 2 Hearts’ (2012), ‘My Love, My Bride’ (2014) and ‘My Annoying Brother’ (2016).

Kim Seul-gi plays the ghost Shin Soon-ae, who possesses Bong-sun. Besides this, Lim Ju-Hwan plays the role of Sun-woo’s brother. He has previously appeared in many television dramas including ‘Ugly Alert’ (2013), ‘Uncontrollably Fond’ (2016) and ‘The Bride of Habaek’ (2017).

Oh My Ghostess Plot: What is it about?

Na Bong-sun is a timid girl who works as a chef at a hotel. She has always been someone who has no faith in her abilities, has low self-confidence and is passive. A big-time introvert, she has difficulty in voicing her opinions and is easily intimidated by others. She is also messy at work, not because of lack of skill, but only because of her anxious nature. However, Bong-sun has a supernatural gift passed on to her by her shaman grandmother, that is, an ability to see ghosts. She has always kept this a secret.

Kang Sun-woo is the head chef at the restaurant where Bong-sun works. He is an ambitious and confident young guy who strives for perfection. This makes him quite skeptical and rude when things don’t go according to his expectations at the hotel. Bong-sun has a crush on him but has never in her wildest dreams thought of asking him out. To add to that, Sun-woo constantly gives her a hard time for her frequent mess-ups and mistakes at the restaurant. Bong-sun is thus living a rather miserable and boring life.

Shin Soon-ae is a ghost who is trying hard to go to the afterlife but is stuck. She believes that the lack of romance in her life and the fact that she died a virgin is a reason why she cannot move on. She spends her time possessing women and sleeping around with men in a hope to escape.

Soon-ae one day, coincidentally, comes face to face with Bong-sun, and instead of just passing by, Bong-sun stops and apologizes to her for blocking her path. Soon-ae doesn’t understand how Bong-sun could see her. She now decides that Bong-sun is the perfect woman for her. She can become her ideal vessel and help her escape this world and head to the afterlife.

As soon as Soon-ae possesses Bong-sun, her personality changes radically. She becomes confident, spontaneous and dynamic. The unforeseen difference in her attitude puzzles her colleagues. Sun-woo is also surprised by this sudden change and is fascinated by Bong-sun. Bong-sun struggles to keep Soon-ae out, often fighting with her, but to no avail.

Eventually, however, Soon-ae realizes Bong-sun’s feelings for Sun-woo and promises to help her get him. As time goes on, Bong-sun’s awesome new personality makes Sun-woo get closer to her. He eventually falls for her. Bong-sun realizes that Sun-woo might be falling for her only because of Soon-ae and she is not who Sun-woo thinks her to be.

This makes her feel terrible about playing this game and she reveals the truth to Sun-woo. Sun-woo is dumbfounded and cannot believe Bong-sun. Meanwhile, Sun-woo’s brother in law, in reality, is possessed by a dark spirit. He tries to kidnap Bong-sun who is rescued heroically, thanks to a child ghost that she summons. As the evil spirit is defeated, Soon-ae realizes that the same spirit had murdered her and the real reason why she could not escape was not the lack of romance but the lack of justice.

‘Oh My Ghostess’ is a must-watch if you want to have a laugh and feel good after each episode. The story takes you on an entertaining journey with twists, filled with drama, comedy and of course, romance.

Oh My Ghostess Season 2 Release Date: When will it premiere?

‘Oh My Ghostess’ Season 1 premiered on TVN on July 3, 2015, and ran until August 22, 2015, for 16 episodes. It was a commercial success and received positive reviews from critics. Park Bo-young won the Best Actress award at The Annual DramaFever Awards. The series won the Best Content Award at the TVN Awards.

Here’s a teaser of the first episode of ‘Oh My Ghostess’ that will make you crave for more.