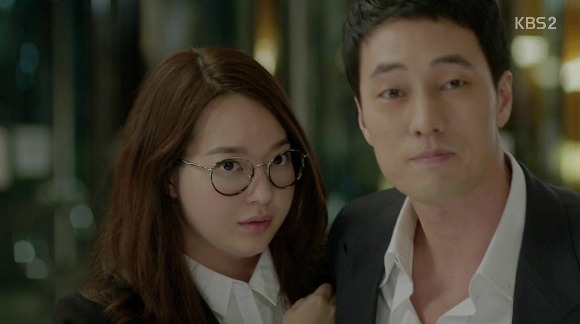 ‘Oh My Venus’ is a South Korean romantic comedy television series written by Kim Eun-Ji and directed by Kim Hyung-Suk. It tells the story of Kang Joo-Eun, a 33-year-old lawyer who was once the most beautiful girl in college but puts on weight due to an unhealthy and stressful lifestyle. She then meets trainer Kim Young-Ho, who helps her lose weight and regain her lost confidence.

Seeing that the first season was well-received, it automatically begs the question about whether there will be an ‘Oh My Venus’ Season 2. We will delve into it, but first, let us take a look at the details of the show.

Oh My Venus Cast: Who is in it?

Shin Min-A stars as Kang Joo-Eun and delivers a wonderful performance. Shin had to go through almost three hours of make-up and wear a fat suit for every episode to portray Kang Joo-Eun. Shin is best known for her roles in many other Korean television dramas like ‘A Love to Kill’ (2005), ‘Tomorrow, With You’ (2017) and ‘My Girlfriend is a Nine-Tailed Fox ‘(2010).

Oh My Venus Plot: What is it about?

‘Oh My Venus’ begins by introducing us to Kang Joo-Eun. Joo-Eun is the most beautiful girl in her college. Every guy dreams of being with her, and many keep trying miserably to find new ways to seek her attention. The girls in Joo-Eun’s class are extremely jealous of the constant attention she gets. Joo-Eun is a confident, young girl who is bold, brave and driven. She dreams of becoming a lawyer one day. Joo-Eun then meets Im Woo-Shik, a handsome young man who is a national swimmer. They become close and eventually fall in love. For Joo-Eun, life is perfect with everything revolving around her.

The story then jumps into the future, and we now see a 33-year-old Joo-Eun who is nothing like how she used to be. Years of stress, complications and an unhealthy lifestyle cause her to gain a lot of weight. Woo-Shik, her long-time boyfriend and possibly the only good thing in her life also crumbles when he eventually dumps her as his feelings for her fade away. Joo-Eun is miserable with no self-confidence or self-esteem.

Meanwhile, in the United States, Kim Young-Ho also known as John Kim is a personal trainer for Hollywood celebrities. He lives with his pupil, Jang Joon-Sung, who is an MMA fighter and Kim Ji-Woong, who is Joon-Sung’s manager. John Kim’s name is dragged into a celebrity scandal, and there is a lot of media hype around it. To escape the unnecessary attention and keep his name and identity out of the limelight, the trio decides to return to Korea and wait for the scandal to die out.

Joo-Eun, who is traveling back to Korea as well after a work trip is onboard the same flight as John Kim. Joo-Eun then passes out on the flight due to a combination of a lot of alcohol and prescription pills. John Kim, who is the only person on the flight-capable of medical assistance steps in to help her recover. He then advises her to rely on exercise rather than on pills and alcohol if she wishes to make a real change happen.

Accidently, some of John Kim’s belongings get in Joo-Eun’s possession, and she identifies him to be the famous celebrity trainer. Joo-Eun then blackmails John Kim to become her trainer and get her back in shape. A reluctant John Kim agrees to ensure his identity remains a secret. As John Kim trains her, Joo-Eun eventually starts getting her confidence back. John Kim teaches her the importance of a healthy lifestyle and how mental stability is equally important.

As they train together, they eventually grow closer and start falling for each other. The series also explores John Kim’s past and his childhood trauma and injuries. For the first time in his life, Kim finds someone with whom he can be vulnerable. ‘Oh My Venus’ beautifully portrays how two completely opposite people cross paths and help each other heal without judgment. It is also one of the few Korean dramas that explore mental illness and its seriousness. It teaches us the value of friendship and how true beauty is not in physical appearance but in being brave, bold, empathetic and helping each other.

Oh My Venus Season 2 Release Date: When will it premiere?

Here’s the official trailer of ‘Oh My Venus’ that will introduce you to all the characters.