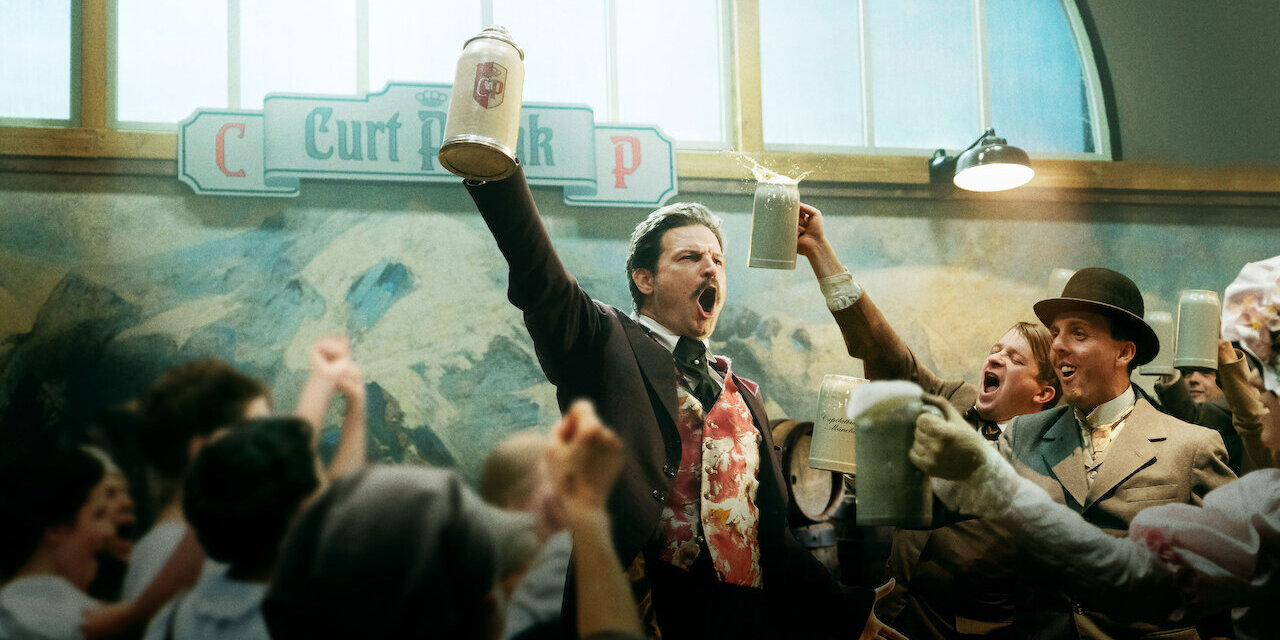 Adventure and travel enthusiasts must already know of Oktoberfest — the world’s largest Volksfest. This annual event, held from September to October each year, in Munich, Bavaria, Germany, is famous for the endless supply of the Oktoberfest Beer. Well, with 2020 having made mass gatherings impossible, Netflix decided to virtually honor the festival with its provocative drama – ‘Oktoberfest: Beer & Blood’.

Set at the beginning of the 20th century, this German original taps into power, politics, and murder – which collide to make a potent brew. Bringing in a cocktail mix of ingredients from ‘Peaky Blinders’, ‘Boardwalk Empire’, and ‘Deadwood’, ‘Oktoberfest: Beer & Blood’ is an addictive watch. Now after bingeing on all its episodes, you might be wondering — is it bottoms-up already? Or is ‘Oktoberfest: Beer & Blood’ season 2 on the cards? Let’s find out!

‘Oktoberfest: Beer & Blood’ season 1 premiered on October 1, 2020, on Netflix. It consists of six episodes. Prior to its global release, it dropped on September 8, 2020, in Germany as ‘Oktoberfest 1900’ on ARD Mediathek.

Now, first things first. The show was branded as a limited series right from the start. It was conceptualized to commemorate the 2020 Oktoberfest, which was canceled due to COVID-19 restrictions. Moreover, the first season is conclusive, with no loose ends. Therefore, in all likelihood, ‘Oktoberfest: Beer & Blood’ season 2 stands canceled.

Oktoberfest: Beer & Blood Cast: Who is in it?

‘Oktoberfest: Beer & Blood’ stars Mišel Matičević as Curt Prank, an ambitious brewer who can go to any lengths to establish a lavish beer hall and find a wealthy suitor for his daughter Clara (Mercedes Muller). However, the elite Hoflingers stand in his way. We have Martina Gedeck as Maria Hoflinger, Francis Fulton-Smith as Ignatz Hoflinger, and Klaus Steinbacher and Roman Hoflinger. Roman (the family’s son) gets involved with Clara, leading to a dangerous scandal. Rounding up the lead cast is Brigitte Hobmeier as Colina Kandl and Maximilian Brückner as Anatol Stifter.

Oktoberfest: Beer & Blood Plot: What is it About?

‘Beer & Blood’ takes us to Munich in the 1900s when the city is all geared up to celebrate its long-standing beer-brewing traditional event – Oktoberfest. However, the community is disrupted by the arrival of a newcomer – an ambitious brewer named Mr. Prank. He is an outsider with a cunning scheme.

He aims to replace all the existing small tasting booths with a massive beer hall that can hold up to 6,000 revelers. As Mr. Prank tries to climb his way up the ladder of success and make a name for himself on the Oktoberfest map, his plans are interrupted by Munich’s elite. And his biggest foe is the owner of the popular Devil’s Brew, the Hoflinger clan. Of course, as the clash ensues, the beer flows freely, alongside copious amounts of blood!