Will There be an Olive Kitteridge Season 2? 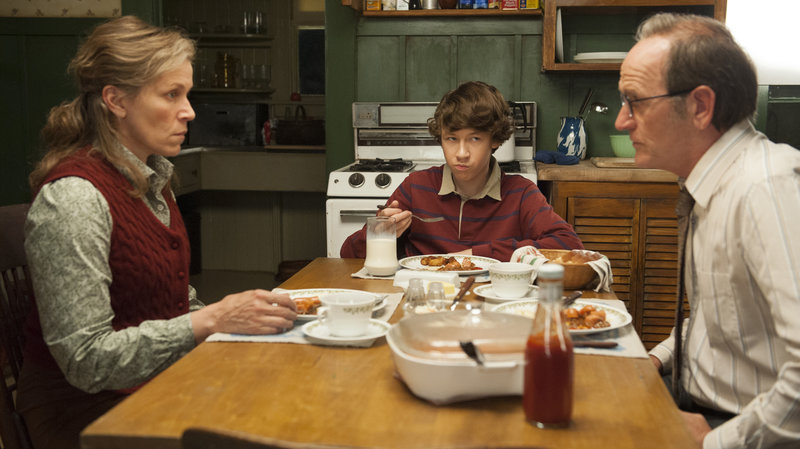 ‘Olive Kitteridge’ is a television drama, adapted from the eponymous, Pulitzer Prize-winning, fictional novel, written by Elizabeth Strout in 2008. The events of the story are set in Maine and follow the titular character, a retired schoolteacher who resides in the seaside town of Crosby. Olive’s (Frances McDormand) husband is Henry (Richard Jenkins) who runs a pharmacy, and the couple has a troubled son named Christopher (John Gallagher Jr.) — a podiatrist. Although the story is centered around Olive, who suffers from depression, bereavement, and jealousy, it is segmented into seemingly disconnected parts. However, all the shorts are interrelated.

When ‘Olive Kitteridge’ originally dropped on HBO, it opened to universal acclaim. The series won eight Primetime Emmys and it received immense praise for its writing, direction, and cinematography. The touching story managed to strike at the emotional chords of fans, who still want to know if they will ever see its follow-up edition. Well, here’s everything you need to know about it.

‘Olive Kitteridge’ season 1 premiered on November 2, 2014, on HBO, with two back-to-back episodes. It then ended with its third and fourth episodes, aired back-to-back, the next day on November 3, 2014.

The series, right from its onset, was dubbed as a miniseries. Each of the four parts focuses on a certain point of time in the novel — which comprises 13 chapters. All of these apparently disconnected and yet, interrelated short stories finally conclude at one point and work toward Olive’s evolution. In the end, we see Olive dealing with the aftermath of Henry’s death. She meets a widower named Jack Kennison and they develop a friendship, which gradually grows into romance. Olive finally realizes that she has a reason to live again.

The show stays faithful to its source material and exhausts the content of the novel in the first season itself. Therefore, a second edition, based on the same book, seems unlikely. Or in other words, ‘Olive Kitteridge’ season 2 is most likely canceled. But here’s another bit of news. Author Elizabeth Strout published a sequel to her first novel in 2019 and it goes by the name ‘Olive, Again’. The story follows Olive Kitteridge from her seventies into her eighties. It is also narrated in a similar manner — consisting of 13 disconnected short stories.

Therefore, noting the success of the preceding series, if HBO decides to adopt the second book into television, we might see a follow-up edition. Most probably, the name will be different and once the channel picks up the project, we can expect the sequel to premiere sometime in 2022. Please note that nothing is official yet; we will update this section as and when we learn more.