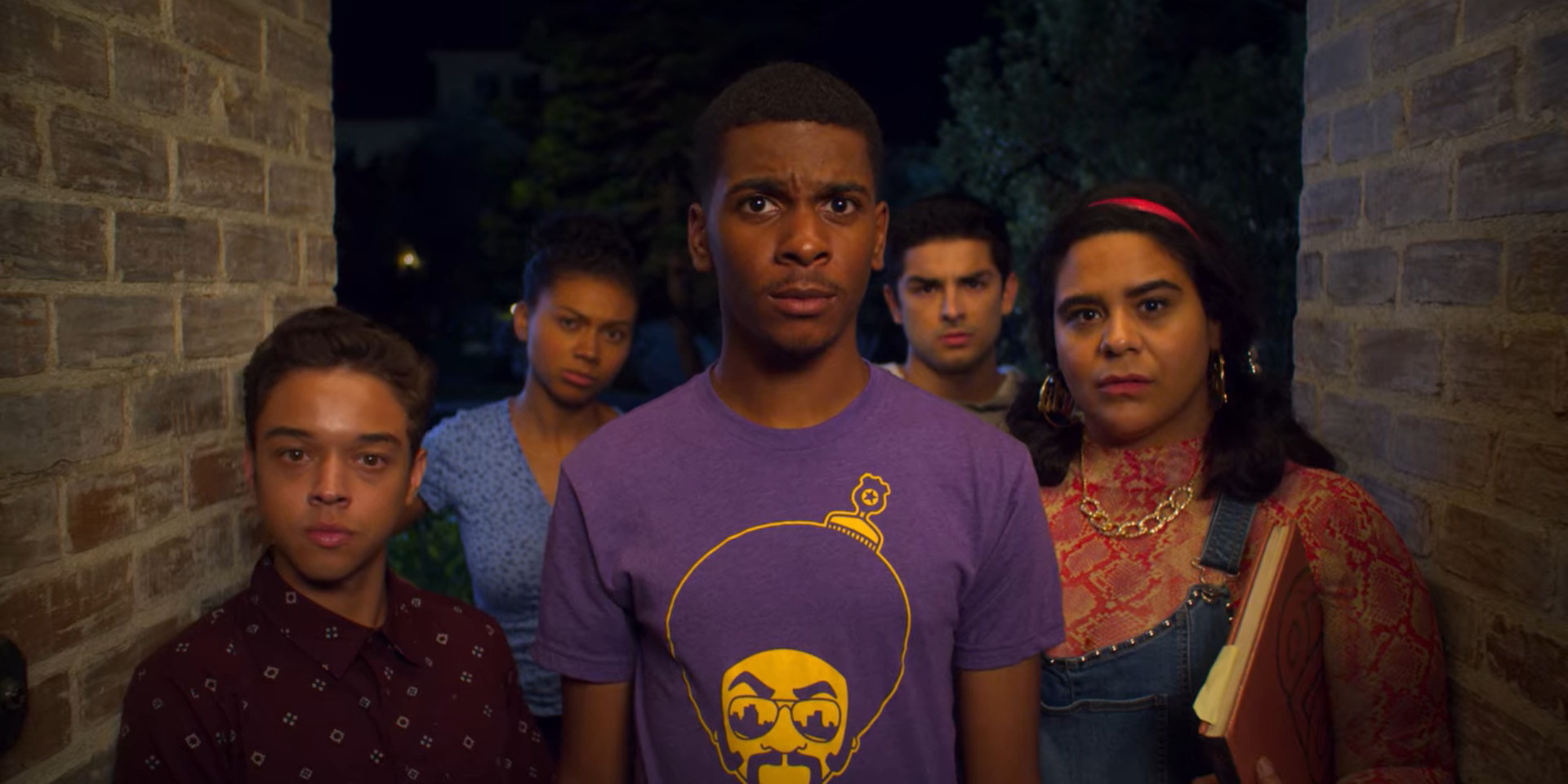 ‘On My Block’ is a hit teen comedy-drama series that showcases life in a rough inner-city neighborhood in Los Angeles. Creators Lauren Iungerich, Eddie Gonzalez, and Jeremy Haft weave a tale of charming splendor that is tense but amply fun and populated with endearing characters from underrepresented communities. The series chronicles the coming-of-age phase of lifelong friends Cesar, Jamal, Monsé, and Ruby in the hostile neighborhood.

Since its release in 2018, the critically acclaimed Netflix original series has spawned successful three seasons. After the temporal leap and the cliffhanger finale of the third season, fans must be rooting for the fourth season, which, you would be delighted to know, is just knocking on the door. If you are scouting for details of the upcoming season, let us divulge the specifics to you.

‘On My Block’ season 3 premiered on March 11, 2020, in its entirety on Netflix. The season contains eight episodes with episodic runtimes ranging between 23 and 36 minutes. Let us now probe into the release information of the fourth season.

After the release of the third season, fans had to wait for almost a year for news on the show’s renewal for another season. The patience paid off on January 29, 2021, when Netflix officially announced the continuation of the series towards a fourth and final season. As heartbreaking as it is, the friends will come together for another round of goof and misadventures before parting ways. After days of arduous filming, the production for the season reportedly wrapped up sometime in June 2021. Series co-actor Paula Garces shared a picture from the wrap-up party celebrating the conclusion of the production.

Although the previous seasons maintained a consistent release schedule by dropping the bunch of episodes in March, the fourth season’s premiere has been delayed quite a bit. However, if the post-production ends by the end of August, we can safely say that ‘On My Block’ season 4 will premiere sometime in Fall 2021.

As all of the main cast members stay alive at the end of the third season, they will be back on the street for a fourth haul. Among the regular cast members, we will see Sierra Capri (Monsé Finnie), Jason Genao (Ruby Martinez), Brett Gray (Jamal Turner), Diego Tinoco (Cesar Diaz), Julio Macias (Cesar’s brother Spooky), and Jessica Marie Garcia (Ruby’s love interest Jasmine) reprising their roles. Paula Garcés will essay the role of Ruby’s mother Geny, while we’ll see Peggy Blow promoted as a series regular as Ruby’s Abuelita (grandmother) Marisol.

Ian Casselberry, in all likelihood, will reappear in the role of Spooky and Cesar’s father Ray, and we believe that he will have an important part to play in the unraveling story. On the other hand, Ada Luz Pla will not return since her character, gang-leader Cuchillos, seemingly dies at the end of the season. However, if Cuchillos isn’t really dead and has faked the whole thing, we might see the actor returning in the final season. Hopefully, they will bring someone to play the role of Li’l Rickey, but the production team is keeping their cards close to the chest.

On My Block Season 4 Plot: What is it About?

The third season begins with the revelation of the kidnapper of the kids, who turns out to be the Santos leader Cuchillos. As per her orders, the kids try to find Li’l Rickey. In the end, the kids fail in their pursuit, and they plan to kill the gang leader instead. In the meantime, Ruby develops feelings for Jasmine, and Spooky and Cesar’s father reappears, and a new gang called “The Nineteen” vie for the territory. Monsé’s mother also breathes her last in the season. Spooky reaches out to The Nineteen, but the plan turns on its head.

Spooky is trapped, and the rest of the friends must figure out how to bring him out of the precarious situation. They go to a covert location hoping to find the body of Spooky, but they find the body of Cuchillos instead, who has seemingly been assailed by the other gang. They burn the body, which brings us to another shocking revelation. The murder of Cuchillos is part of the deal between Spooky and the Nineteen, and it plays out in Spooky’s favor in the end. However, he wants none of it. Monsé also goes to the boarding school. Two years later, the friends have fallen apart, and Cesar is the new boss of Santos.

Well, who would have thought? The ending leaves the story at a tense juncture, and the time jump makes it all the more interesting. The final season will seemingly move towards a bleaker territory while chronicling the friends’ final years at school. The season will go back in time to tell us about the journey of Cesar’s ascension in all probability. We also see at the end of the third season that Spooky has moved on from the violent gang life, which gives us hope. On the other side, it will be interesting to see why Cesar embraces a life he once vehemently denounced.

The moments between Spooky and his father are one of the most endearing scenes from the third season, and the story will further develop in that direction. Monsé and Jamal will also have their moments as the story takes us back to the moment of rupture in the friend group. Moreover, we might also find out who Li’l Rickey is. Is he in Bakersfield, or is he in Portland? One can only be guessing. Therefore, although the story seemingly comes to a conflicting but coherent finale at the end of season 3, it keeps unfolding as several glaring questions remain.

Read More: Where Was On My Block Filmed?