Will There be a Once Upon A Time Season 8? 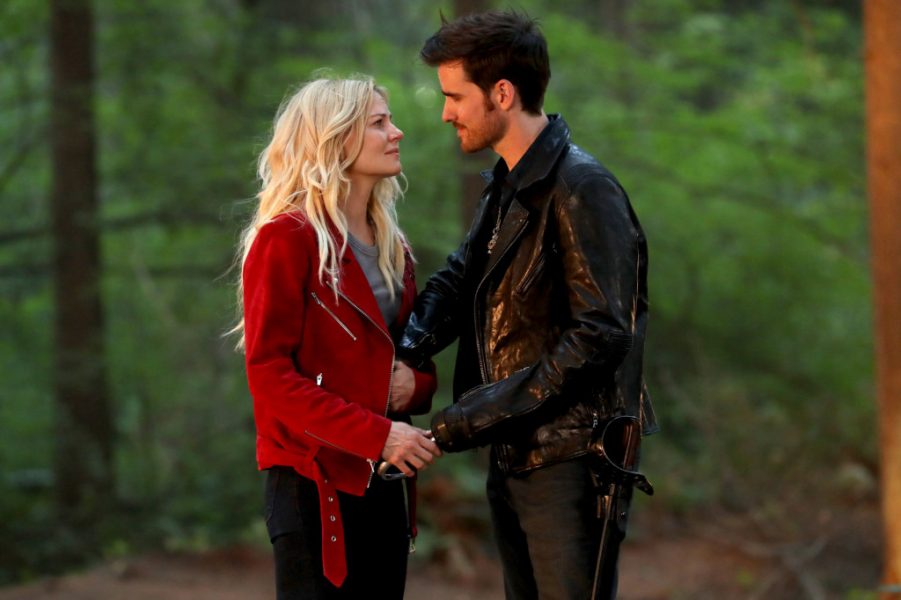 Once Upon a Time is an American fantasy television series produced by the ABC network. The show is created by the duo of Edward Kitsis and Adam Horowitz who are famous for their initial creation – ‘Lost.’ It is a unique take of the fairy tales that have been prevailing in our society for eons. The series has taken many characters and elements from famous folklores. Also, a few events, characters, and stories have been borrowed from the Disney universe. The series is primarily based in the fictional town of Storybrooke, Maine, with the seventh season moving to another fictional city in Seattle.

‘Once Upon a Time’ presents an intertwining of the present world with the world of fairy tales. It interlinks the destiny of both the worlds together. Many characters have been brought directly from stories such as Snow White and Prince Charming. A spin-off the show, Once Upon A Time In Wonderland, consisting of the titular character of Alice In Wonderland, also premiered on the same network.

The show has had seven successful seasons so far. Now the question is, will there be a Once Upon a Time season 8? We will delve into that question, but first let’s quickly look into the details of the series.

Once Upon a Time Cast: Who is in it?

The star cast of the show packs many headliners. A large number of subplots and mini-dramas within the series have increased the number of characters and hence the star cast of the show, sometimes, looks like a small army. However, the main story arc revolves around the role of Snow White played by the brilliant Ginnifer Goodwin. Ginnifer is a pretty well-known name in Hollywood and has been one of Disney’s favorites. She has played different roles in Disney’s Zootopia and Tinker Bell. Most famous for the drama series Big Love, she has also played memorable characters in many movies such as Something Borrowed.

Jennifer Morrison, famous for playing Dr Allison Cameron in the medical drama House, portrays the role of Emma Swan, the daughter of Snow White. Famous for Spin City and Boomtown, Lana Parilla enacts the character of Evil Queen whereas Josh Dallas stars as Prince Charming. Jared S Gilmore and Raphael Sbarge are the other actors playing central roles in the series.

Once Upon a Time Plot: What is it about?

Snow White, Red Riding Hood, Baelfire, Prince Charming, Evil Princess – these are a few names almost everyone is aware of and has read stories of. Most of these fairy tales have a happy ending. This is where Once Upon a Time begins. It takes us into a fantasy world of these fairy tales where things do not end on a happy note.

The story starts on the marriage day of Snow White and Prince Charming. The Evil Queen arrives at the wedding and interrupting the process, declares that she will put a curse on everyone present there and will make sure no happy ending occurs again and it remains her happy ending forever. The curse by the Evil Queen makes everyone lose their memory. She casts a spell on everyone and transports them to a town in Maine called Storybrooke.

The present world story starts with Emma Swan. On the night of her 28th Birthday, she meets her child Henry who she gave up for adoption ten years ago. On meeting him, everything changes in Emma’s life. Her son believes that in this town of Storybrooke, there still are fairy tales. He further believes that Emma is the daughter of Snow White and Prince Charming who was sent away from the enchanted forest by her parents to save her from a curse performed by the Evil Queen. Emma does not believe Henry but on his insistence, leaves to the town of Storybrooke.

She takes up the job of Sheriff in the town and soon realizes that the city has many secrets within it. Everyone is stuck in the same place for 28 years without ageing, and they are unaware of it. No one remembers anything except the Evil Queen who now goes by the name of Regina Mills and is also the women who adopted Henry.

Emma Swan is the only one who can break the spell and bring everyone’s memories back. Now is the time for Emma to accept her destiny for which she was safely sent away by her parents. She needs to fight the Evil Queen in this battle of both worlds. Her son Henry will be supporting her in this battle for the survival of the worlds.

Once Upon a Time Season 8 Release Date: When will it premiere?

The show got excellent ratings in its first season at 4.1 with more than 11 million people watching the show. It soon became the biggest hit for the network and found a significant fanbase amongst the audience. Critics rated the series positively, and the reviews generally favoured the show. It received all the love from the audience till season 4 with ratings never going below 3.2. However, the extra subplots became a significant reason for the fall of the show going in season 5. The ratings took a considerable hit and could never recover.

After the sixth season hit an all-time low with a rating of 1.5, the network decided to pull the curtains on the show sooner than expected. The seventh season ended with an even worse rating of 0.9. The last episode of the series was aired on May 18, 2018.

So, officially, Once Upon a Time season 8 stands cancelled and is not making a comeback on ABC in the near future.

Once Upon a Time Trailer

Once Upon A Time definitely left a mark in the lives of its fans. If you still haven’t seen the series, we suggest you watch the trailer of the first season here and binge the show.