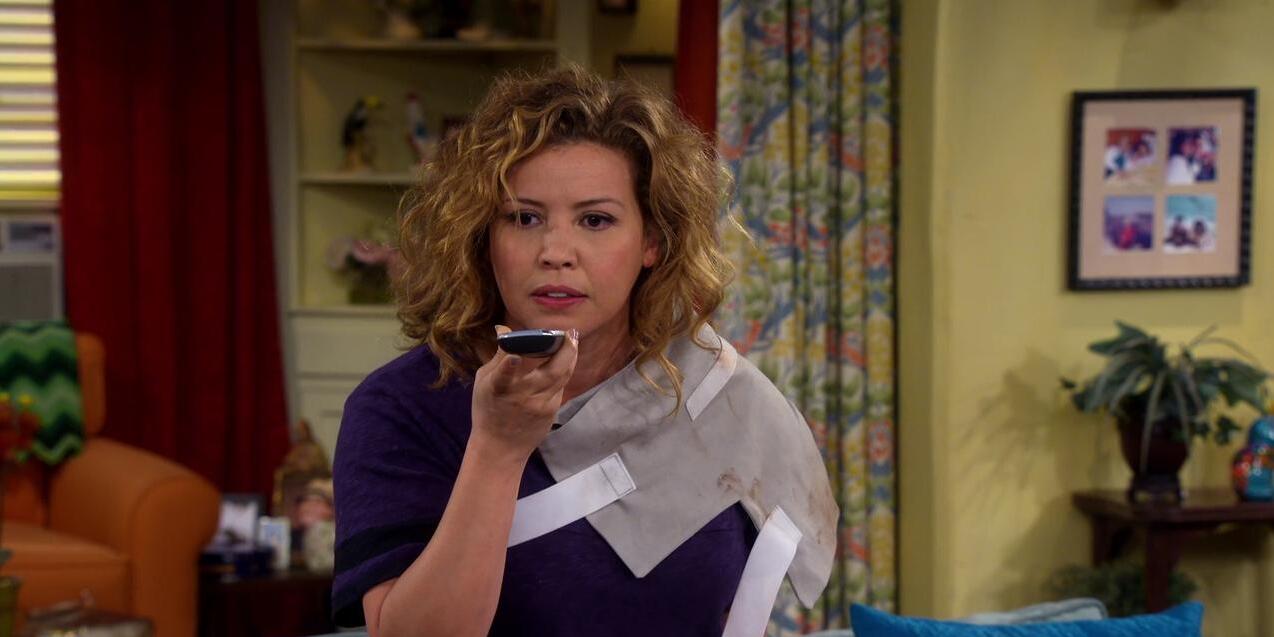 A Gloria Calderon Kellett and Mike Royce creation, ‘One Day at a Time’ is a reimagining of Norman Lear’s eponymous 1975–1984 sitcom. Currently, in its fourth season, the family sitcom follows the day-to-day activities of a U.S. Army Nurse Corps veteran Penelope Alvarez and her family, comprising mother Lydia, son Alex, and daughter Elena. So far, in season 4, Penelope and Alex argue over creating personal boundaries within a family. The family asks Penelope to easy a little when it comes to spending money. Max and Penelope reignite their love, and Avery and Schneider are expecting.

In the latest episode, Alex and Penelope have a serious discussion revolving around Alex’s career. Check out the recap for more. In case you would like to know the details of ‘One Day at a Time’ season 4 episode 6, read on.

One Day at a Time Season 4 Episode 6 Release Date

The upcoming episode is titled ‘Supermoon.’

Where to Watch One Day at a Time Season 4 Episode 6 Online?

You can watch the ‘One Day at a Time’ season 4 episode 6 by tuning to Pop TV at the above-mentioned time. It will also simulcast on TV Land. You can also catch the show on Pop TV’s official website and the Pop TV app.

One Day at a Time Season 4 Episode 5 Recap:

The fear of failure is the central theme of this episode. As Penelope, Lydia, and Elena express their excitement about throwing a Quinceañero party for Alex’s 15th birthday, Alex freaks everyone out by asking $500 from Penelope but refuses to give any reason behind the request. Penelope channels her inner sleuth and learns that Alex needs the money to enroll himself in a fashion designing course. After his first class, a dejected Alex thinks of quitting on learning that he is not good at sewing. Penelope asks him to keep trying until he is good at it.

Well, Alex’s fear of not being as perfect as his other family members make sense. Lydia is an inspiration for surviving her days in Cuba. Penelope has gone back to school to become a nurse and is single-handedly raising her kids. Elena is soon going to be a student at Yale University. Alex fears that Penelope might stop loving him if he is imperfect. Instead, she tells him, “It’s okay to be bad at some things. Dare to suck! It’s the first step to getting good. And if you love the fashion thing, you have to keep going back, and not be afraid to be bad at it for a while. Because you’ll get better. We’re all learning. It’s a process.”

Meanwhile, Leslie gifts Avery and Schneider a creepy crown, Ruckus, for their baby. Of course, his intentions are good, and Schneider likes it, but Avery is not keen on the idea of their baby being friends with a creepy clown. When Leslie confesses that his relationship with his wife ended after the birth of their baby, Avery and Schneider develop a fear of failure regarding their relationship. They engage in multiple fights until Leslie reveals that after their baby was born, his wife cheated on him, feeding the fallout. They apologize to each other and patch up!