Will There be a One Lane Bridge Season 2? 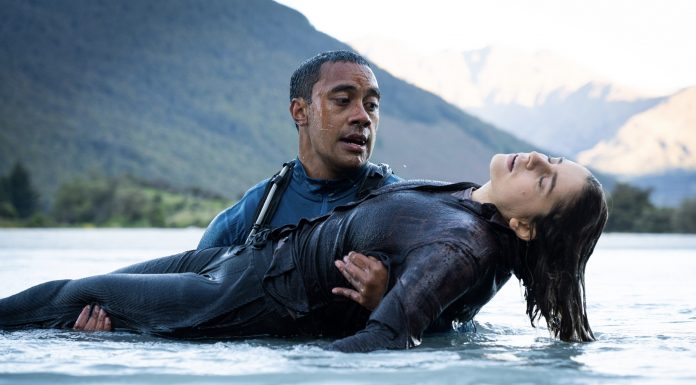 AMC Networks’ streaming service Sundance Now onboarded ‘One Lane Bridge’, the supernatural crime drama from New Zealand. Described as having brought ‘Broadchurch’ to Queenstown by the Deccan Herald, the story takes place in the picturesque locales of New Zealand. The events of this gripping series revolve around the mysterious One Lane Bridge, and hence, the name. The character-driven first season of the show, with its dark, supernatural edge, managed to keep viewers engrossed until the end. And fans are wondering if and when they will get its follow-up edition. Let’s help you out.

At the time of writing, TVNZ has not renewed the show for its second edition. But here is the thing. Although the finale sees the protagonist Ariki solving the puzzle, he is yet to find ‘answers’. The climax-packed ending left several fans unhappy as they could not get closure. Therefore, it is evident that the creators have further ideas for the story to continue. Additionally, owing to the positive reviews received by season 1, we are hopeful to receive news on a renewal soon. If the drama is given a go-ahead in the next couple of months, we can expect ‘One Lane Bridge’ season 2 to premiere sometime in 2021.

One Lane Bridge Season 2 Cast: Who Can be in it?

‘One Lane Bridge’ introduces us to an ambitious and young Māori detective, Ariki Davis (played by Dominic Ona-Ariki, ‘The Commons’), who reaches Queenstown in hopes of building a better career. Essaying the role of Ariki’s boss, the respected stalwart, Detective Senior Sergeant Stephen Tremaine, is Joel Tobeck (‘The Luminaries’). Joining the lead duo in additional important roles are Sara Wiseman (‘A Place to Call Home’), Michelle Langstone (‘800 Words’), and Alison Bruce (‘The Gulf’). In season 2, we expect the lead cast to make their respective comebacks.

One Lane Bridge Season 2 Plot: What Can it be About?

‘One Lane Bridge’ follows detective Ariki who moves to Queenstown with high hopes for his future. However, his plans are thwarted when local legend Grub Ryder is discovered dead at the bottom of the infamous One Lane Bridge. Ariki joins his boss Stephen to solve the case. However, in the midst of the investigation, he unknowingly unleashes his Matakite – a supernatural ability, which is similar to second sight, something that he has not experienced since his youth.

As the pressure to unravel the secrets behind the crime start building, Māori metaphysics intersects with the skepticism of a Southern man. And Ariki’s spiritual gift puts his career, life, and family at risk. After a series of twists and turns, Ariki is able to solve the puzzle. But the answers are yet to appear. And the tensions between him and Stephen reach a boiling point. Season 2 will continue to follow Ariki as he struggles to balance his supernatural powers and learns to use them for the greater good. It will also chronicle the dynamics between him and his boss as they try to reach common grounds. Of course, we can expect another engrossing case that will set them off on a new chase.