One of These Six Actors Will be the Next Spiderman ! 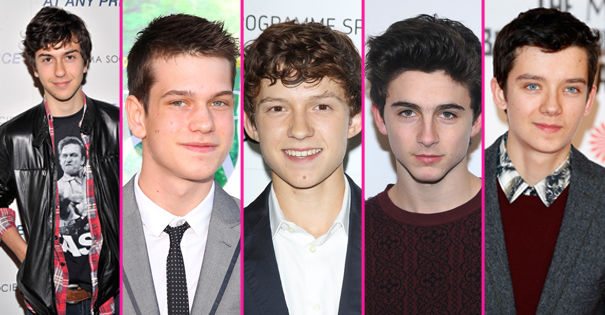 As Sony pictures have been juggling around with new franchises like Ghostbusters and trying to renew their contracts with old franchises like James Bond which runs out after the upcoming Spectre, they have also been hard at work to revamp a declining Spider-man franchise.

Talks about the successor of Andrew Garfield have been going on for sometime now and about 1500 actors have auditioned for the role for the new young spidey. However, sources say that the part is contested mainly among two actors namely Asa Butterfield whose has already had a chance to work with the legendary Martin Scorsese in his fantasy film Hugo and The Impossible’s Tom Holland. Although the role is practically going to Butterfield, there are a few other actors in contention too; according to The Hollywood Reporter, six young actors were flown to Atlanta by Marvel Studios to conduct screen tests for the role on Saturday. The six were selected as the final options after the auditions and over the weekend they got their shot at Spider-Man in front of producers Kevin Feige and Amy Pascal and directors Joe and Anthony Russo who will be directing the upcoming Captain America: Civil War and Avengers: Infinity war. The other four actors are Judah Lewis (who’ll be seen in the upcoming Demolition), Matthew Lintz (who’ll appear with Adam Sandler in Pixels this summer), Charlie Plummer (who you may have spotted on Boardwalk Empire) and Charlie Rowe (who was on Fox’s now-canceled Red Band Society).

If you are curious as to how Marvel finally managed to get their hands on the Spider-man franchise from Sony, its very simple. Sony has clearly been having troubles with the franchise and Marvel desperately needed to get one of its biggest characters into their Cinematic Universe. So instead of having a laid out deal of millions of dollars, both parties have decided to keep their work to themselves without any exchange of money, this way Sony get to reap the benefits of a reincarnated franchise and Marvel gets to bring the spidey to MCU.

Whatever the case one thing is for sure, the franchise does not have another option for a failure and so the casting of the actor is quite an important decision.

As for the director of the Spider-man reboot, Jon Watts is a new man who seems to be in contention. He directed Cop Car which stars Kevin Bacon and played at Sundance. Other contenders include St. Vincent director Ted Melfi and Warm Bodies director Jonathan Levine. John Francis Daley and Jonathan M. Goldstein. Honestly not a very promising line up but hopefully we might be proved wrong.

A final decision of the chosen actor is expected by next week.