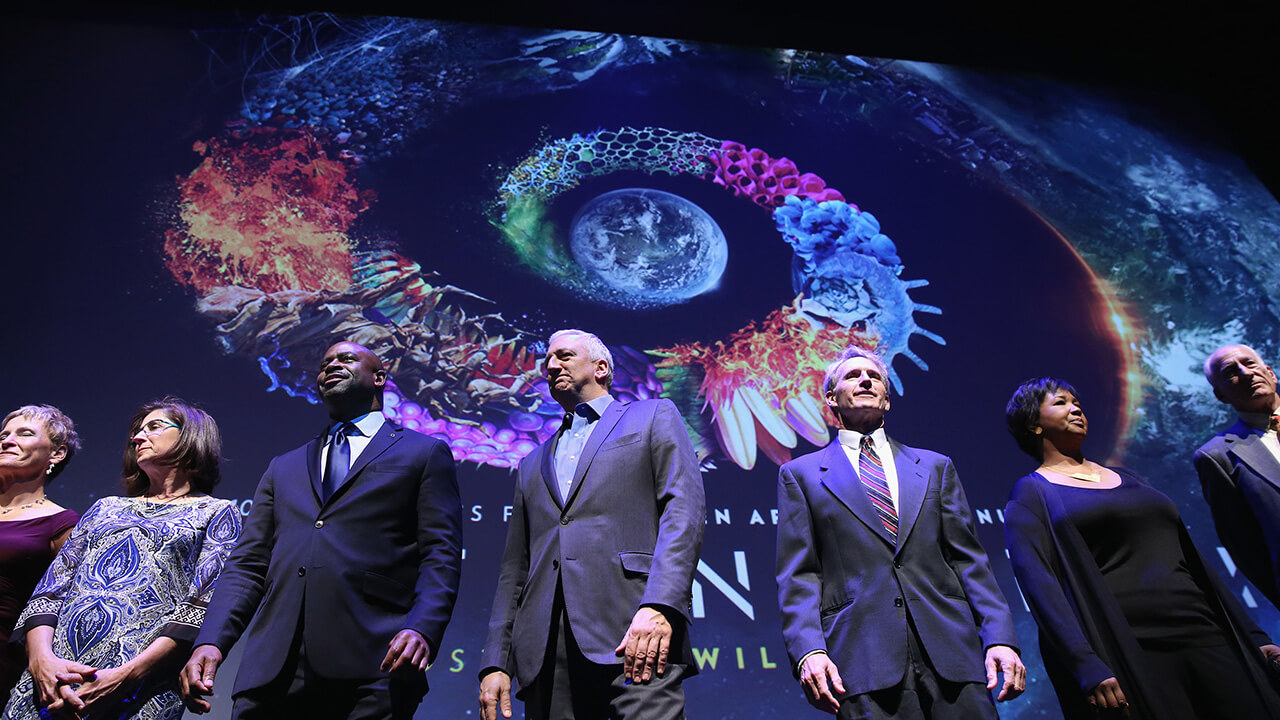 ‘One Strange Rock’ is an American documentary series that first premiered on March 26, 2018, on National Geography channel. The show is directed by Graham Booth, Nicholas Jordan, Alice Jones, Christopher Riley, Nat Sharman, and Nic Stacey. It is developed by Nutopia, a television production company, best known for ‘America: The Story of Us’ and Darren Aronofsky, best known for ‘Black Swan‘.

The show features the best places in our world. Our Earth has infinite lives on it and many of them are waiting to be explored or discovered. Our planet is as strong as it is fragile and it has stood the test of time for ages now. The series tells the story of the Earth, by eight such people who have actually left it. These astronauts share their unique perspective of the planet and shed light on the millions of wonderful activities going on around it.

‘One Strange Rock’ has had a good start, leaving fans wondering whether there will be a Season 2. We delve into this right after sharing the show’s details.

One Strange Rock Cast: Who’s in it?

Will Smith is the host of the show. Will Smith is a personality who needs no introduction. Considered as one of the most powerful actors in Hollywood, the extremely talented actor creates an irreverent enthusiasm in the show. His unique style and charm create a vibe for the show that is totally cosmic. Apart from Smith, the eight astronauts who give their valuable inputs are Chris Hadfield, Nicole Stott, Jeffrey A. Hoffman, Mae Jemison, Leland Melvin, Mike Massimino, Jerry Linenger, and Peggy Whitson.

Apart from them, different experts like biologists, astrobiologists, and volcanologists, appear on the show quite frequently.

One Strange Rock Plot: What is it about?

The show premieres with astronauts sharing their views on the planet. They explain how the system of Earth supports the millions of lives that are bursting on it. In the following episode, we take a deeper look at the formation of the Earth. It was formed around 4.5 billion years ago after the solar system was set in a layout. The episode explains the history and also talks about its transformation since then.

We see how mankind and its violence have affected our planet and its resources. The audience is made to understand in detail why life only exists on Earth against all the odds. The Earth and the Sun share a love-hate bond and the viewers get a better insight into that. The following episodes take you deep into the waters and high up in space to find answers to some of the oldest questions lingering on the surface of the planet.

There are astronauts who believe that humans are in dire need of finding life away from Earth and the only way humans will be able to survive in the future, is by creating colonies in space. We believe Christopher Nolan was quicker to get this theory across to us in ‘Interstellar‘ but nevertheless, learning about it from real-life experts creates an all-new impact of the theory.

Earth is a place where different forms of lives thrive. From unicellular organisms to multi-cellular humans, from plants to animals, every living being has found a way to survive on this planet for the past 4 billion years and has evolved remarkably. The show gives a closer look at the reasons behind all of it.

The show also touches one of the most interesting questions of science in today’s time – does life exist outside this planet? Are there organisms, away from our planet, who are redefining the meaning of life? In the last few episodes of the show, we are taken through the wonders of the human brain and astronaut Peggy Whitson, who has spent 665 days in space, shares her thoughts on the concept of homes.

One Strange Rock Season 2 Release Date: When will it premiere?

The CEO of National Geographic Global Networks, Courtney Monroe said, “The tremendous success of One Strange Rock is a testament to the power of innovative storytelling and an exceptional creative team. With the creative vision of Darren Aronofsky and the expertise of Jane Root and Nutopia, One Strange Rock stretches the traditional boundaries of science and natural history programming. It takes viewers on a breathtaking visual adventure that not only entertains but also amazes and surprises.”

Due to the success and vast story-line, National Geographic renewed the show on July 25, 2018, for a second season. “With National Geographic and the wealth of talent and experience of Jane and Nutopia, we took on this ambitious project to give audiences a new perspective on our living planet. There was so much more we wanted to cover in the first season and couldn’t. I’m grateful we now have the opportunity to bring more of the beauty and wonder of our planet to the screen,” said Darren Aronofsky.

The show started filming in February and was supposed to release sometime in late 2019. Though, as there is no news about the release of the show yet, we can assume that the premiere of Season 2 has been delayed. Still, we believe that ‘One Strange Rock’ Season 2 will release sometime around March 2020.

There is no trailer for Season 2 yet but, you can catch the trailer for ‘One Strange Rock’ Season 1 below.