Where to Stream ‘Onward’? 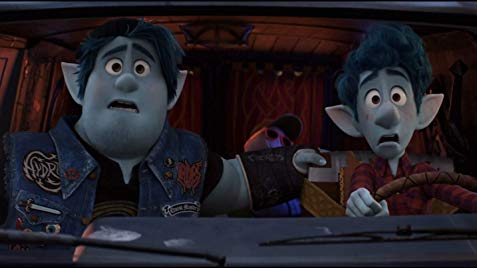 Pixar’s movies are bound to make you feel good, with the kind of content and message they put out. What is even better, is that the animation makes it a visually rich experience. ‘Onward‘ is Pixar’s latest offering in this regard, which takes us on a mystical quest, along with our protagonists.

As they struggle to fulfill some missions, to ensure they get to meet their father, the siblings realize that the friendships they make along the way, are really valuable and should be cherished. Wondering where to stream this wholesome film? We have got you covered in that regard. However, let us first walk you through what the movie is about.

What is Onward About?

‘Onward’ is a tale of two siblings, who live in a world where the general populace has magical powers. Raised by their mother, the siblings’ father seems to have passed away before the younger son was born, and when the older son was very young.

Ian, the younger son, wants to meet his father and uses a magic staff to make it happen. When there is a miscalculation, he is forced to go on an adventure with Barley, his elder brother, to fulfill a quest to meet their father, before time runs out.

Is Onward on Disney Plus?

Now that the House of Mouse has its own streaming platform, you can rest assured that ‘Onward’ will arrive on Disney Plus. The only question is when. By logical estimates, the film will be made available for streaming by August 2020. In the meanwhile, you can watch ‘Lion King‘, which is also a touching tale with a father-son relationship, at its core.

Is Onward on Netflix?

No, ‘Onward’ is not on Netflix at the moment. However, the premier streaming service is well known for its curated content, which caters to everybody’s tastes. Thus, you can stream ‘Coco‘ on the platform, which is also a tale of a boy discovering himself, while trying to learn more about his deceased family members.

Is Onward on Hulu?

Hulu is extremely preferred by a large number of viewers, as the platform keeps adding new content, so everybody has something to watch. While ‘Onward’ is not on the platform yet, you can watch ‘How to Train Your Dragon: The Hidden World‘. After all, this movie is also about an exciting quest and is visually enthralling.

Is Onward on Amazon Prime?

Amazon Prime is usually at the top of the game, due to its extensive library of content sourced from around the world. Unfortunately, ‘Onward’ is not available for free on the platform at the moment. You can watch ‘Rango‘ instead. It is an equally exciting tale, marked by a quest that a chameleon must undertake. Alternately Prime users can buy and watch ‘Onward’. Check it out here.

Where Can I Stream Onward Online?

‘Onward’ is headed to Disney Plus eventually, in case you want to catch it on a streaming platform. If you’re okay with using VOD services, then head to FandangoNow or Vudu, both of which will let you buy and stream the movie. SD, HD, and Ultra HD versions are available at $19.99.

Is Onward Out on DVD and BluRay?

‘Onward’ is not out on DVD or BluRay yet. It will become available by June 2020.

Can I Stream Onward Online For Free?

Unfortunately, you cannot stream ‘Onward’ for free, at the moment. Once it gets added to Disney Plus, you can always use the platform’s free trial period to watch the movie. However, we must make it a point to urge our readers to pay for any art they consume.

Read More: Will There Be an Onward Sequel?