Osananajimi Makenai Episode 1: What to Expect? 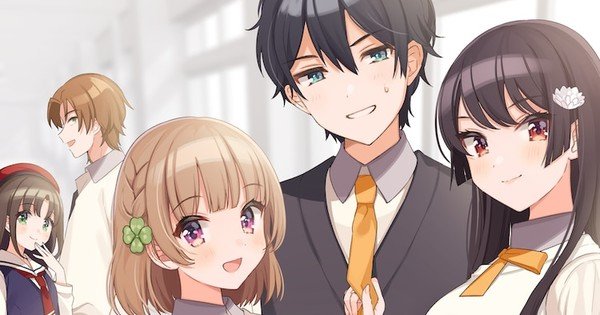 ‘Osananajimi ga Zettai ni Makenai Love Comedy’ or ‘Osamake: Romcom Where The Childhood Friend Won’t Lose’ follows a Sueharu Maru, a seventeen-year-old high schooler, who is unfortunately rejected by his first love. Saddened by the realization that she does not love him, his life takes an unexpected turn when his childhood friend Kuroha Shida offers to do something that he may have never imagined. Based on the romantic-comedy light novel of the same name, written by Shūichi Nimaru and illustrated by Ui Shigure, the anime adaptation was first announced on October 3, 2020. Since the show is about to release, let’s have a detailed overview of everything we know about its pilot.

‘Osananajimi ga Zettai ni Makenai Love Comedy’ episode 1 is scheduled to release on April 14, 2021, on Tokyo MX, Aichi, BS11, AT-X, SUN, and KBS Kyoto. Takashi Naoya has helmed the production as the director, and the series is animated by the Japanese animation studio Doga Kobo. The characters are designed by Naoya, while Yoriko Tomita took responsibility for the series composition. The ending theme ‘Senryakuteki de Yosō Funō na Love Comedy no Ending Tema Kyoku’ is performed by the voice actress Ayane Sakura and Inori Minase. While the opening theme ‘Chance! & Revenge!’ is sung by the singer and songwriter Riko Azuna.

The romance-comedy series is licensed by Crunchyroll outside of Asia. You can watch the show as soon as it is released on Crunchyroll’s official website. Viewers in South and Southeast Asia can stream the series on Muse Asia’s official YouTube channel and Bilibili.

The pilot episode of ‘Osananajimi ga Zettai ni Makenai Love Comedy’ is likely to introduce us to Sueharu Maru and give us some backstory on how he first fell in love with Shirokusa Kachi. Viewers will get to learn more about his relationship with Shirokusa, and it will be interesting to see how they interact with each other. The episode will set the tone for the series by familiarizing the audience with the way the characters think.

Considering Kuroha Shida is in love with Sueharu and is also his childhood friend, she is likely to be a crucial part of the episode. Kuroha will probably confess her feelings at some point only to get rejected. The episode will turn its focus for a bit on Kuroha and Sueharu’s past, their childhood memories, and how their relationship developed over the years.

However, ultimately the pilot is likely to end with Sueharu’s rejection, and we may witness the story truly build from there on as Kuroha offers him all the help he needs to take revenge. Her justification for revenge will provide viewers with a chance to delve deeper into her psychology while also giving some insight into her willingness to do anything blinded by love. In this manner, the pilot may introduce viewers to the three main characters for the series. Therefore, the fans of the romantic-comedy genre should prepare themselves for an exciting story full of twists and turns.