Oscar Nominations Prediction: Who’s In and Who’s Out ? 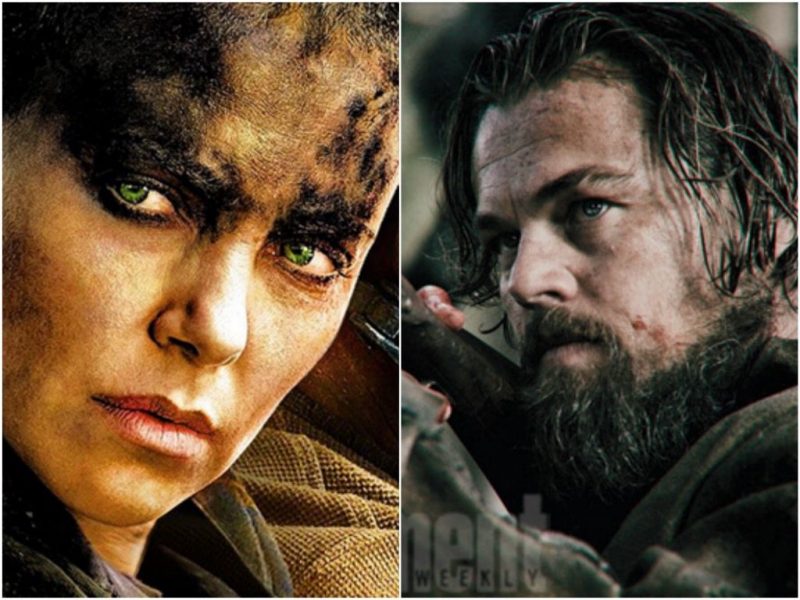 Next Thursday morning at dawn LA time, 8:30 am in chilly Ontario, Canada, the nominations for the Academy Awards will be announced, beginning the official countdown to the biggest day of the year in Hollywood. It has been an odd year, one in which there is no clear frontrunner, though some would say Spotlight is the favorite for Best Picture. At this writing it is anyone’s prize and their could be a favorite sneak up and grab the prize. We have some major West Coast predictors stating The Martian coiuld win the Oscar, East Coast believes Carol could do so, but most believe it will be Spotlight. The rest of the top awards seems pretty much set, some of them at least.

Supporting Actor looks to be Sylvester Stallone in Creed, reprising his role as Rocky Balboa, this time a trainer to a hot young up and comer. Stallone is terrific in the film, and his only real competition seems to be Paul Dano in Love and Mercy, or Mark Rylance in Bridge of Spies.Supporting Actress is a tougher call, but I think Jane Fonda could take it for her stunning scene in Youth in which she tears up the screen with her rage. Critics choice, and I never thought I would say that, Kristen Stewaret could upset her for The Clouds of Silas Maria…who knows??

Best Director should be the director of Best Film, but there is a strong chance Ridley Scott will take the prize without a Best Picture win for The Martian, or The Martian could be that upset film.

If Carol pulls off an upset win, as it could, Todd Haynes is the likely winner…but no one knows till the envelope is opened.

Here are my predictions in some of the major categories….and these are my final predictions….

Nope I do not believe Mad Max will get a Best Picture nomination, just do not feel it. Could be dead wrong, but I do not believe it will happen. Room should make the cut, which means one of the above gets bumped or they nominate the full ten films. If I had my way Beasts of No Nation makes the cut…but this is not a perfect world. The PGA nod for Ex Machina was a stunner, but I cannot see the film cracking into the Oscar line up as good as it was. Mad Max: Fury Road could be a nominee, and if so then Star Wars: The Force Awakens gets bumped out of the category. If two blockbusters are up for Best Picture….well I will be shocked.

Quentian Tarantino is beloved by the Academy, a two time Oscar winner for his writing, and he could be among the final five for directing, but to do that who goes? Haynes? Maybe. Spielberg? More likely. But if Tarantino is there should Cary Fukanaga not be there for the electrifying Beasts of No Nation?? Damn straight he should. My God can you imagine if they snub Inarritu for one of the great directorial accomplishments in the history of the cinema?? And this category too could be one that goes for the sentimental choice, and George Miller is as good a choice as anyone for his revamp of his own classic Mad Max: Fury Road…

Leaving Bryan Cranston off the list pained me, and I might regret it, and perhaps he should bump Smith off the list but I am not seeing it. After the failure of Steve Jobs at the box office the film and the performances within seemed doomed, but the critics awards turned that around and Fassbender is a shoo in along with Di Caprio. Depp might not have the support he needs, though the performance was stunning, and deserving. IF anything goes horribly wrong, Cranston gets in and someone gets snubbed, likely Smith who is the weakest of the nominees I have predicted. And yes….I do believe Eddie Redmayne will not be among the nominees….call me crazy.

Should the Academy deem Mara a supporting performance then Jennifer Lawrence might sneak in for Joy or Lily Tomlin for her lovely performance in Grandma. There is still talk Charlize Theron might get in for her performance in Mad Max: Fury Road, a good performance in an action film, but Academy material? Sarah Silverman gave a superb performance in I’ll Smile Back but is outrageous I cannot see her getting a nomination however deserved.

I do not see any of the actors from The Big Short making the cut given the field is so packed, and like it or not some terrific performances are going to be left out. Jacob Tremblay is brilliant in Room and should be there, but I am not sure he will make the cut. If he does it will be at Keaton’s expense. Coould one of the actors from The Hateful 8 squeeze in? Doubt it. Alec Baldwin did some of his finest work in Concussion but has not chance….that is how strong a year it is. Did anyone ever believe Stallone would win an Oscar for acting?? Come Oscar night one thing is certain….the actor wins this category and receives a standing ovation.

This is the trickiest category that will continue to change and evolve all the way through Oscar season. We will not know the winner for sure until they tear open the envelope, true of any category, but often we know already. Not here. Stewart has had a huge season with the film critics awards to the shock of everyone….who ever thought he girl trashed for her work in Twilight would be critical hailed as she has been here? Did they not see INto the Wild (2007) or On the Road (2012)? She was the best thing in the latter giving the film an energy and spark it lacked. Rachel MacAdams has the most to gain, namely a nomination if anyone falls out of favor and they might. If there is love for Cranston and Trumbo, look for Helen Mirren to sneak in as she is much loved by the Academy.

The superb science fiction thriller Ex Machina could land a nod here, perhaps bumping the writers of Straight Outta Compton. Tarantino is here again and could pull off a win, but I suspect this is going to be Spotlight all the way to Oscar night.

No The Big Short? IT could land a nomination here but only if it is nominated for Best Picture. Room is a lock, superbly adapted, as is Carol. The Revenant is a superb film, but filled with silences that could impact the work, but should not. Brooklyn could bump one of the lesser nominees, or The Danish Girl, but I think the final five will be those I have predicted.