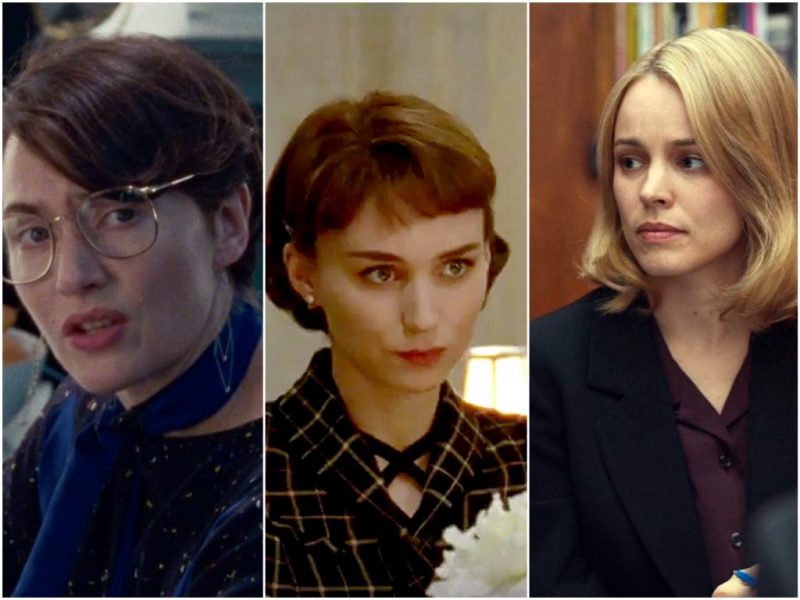 A two-time winner and seven time nominee, another winner and six-time nominee, a revered never before nominated actress, and a scattering of one or two-time nominees and never before nominated women make up the highly competitive Best Supporting Actress category. If there is a front-runner, and there always is, it might be Elizabeth Banks for her outstanding performance as the woman who loves Brian Wilson in ‘Love and Mercy’. Released early in the year, the film is still earning rave reviews by all who see it, and it is circulating on Blu Ray and DVD right now through the Academy members homes. Never before on the Oscar radar, this lovely actress is marvelous as a woman who genuinely loves the troubled Wilson and will not be stopped from doing so.

So much has been said and written about the great Jane Fonda, not to mention the fact she is a living legend and among the finest actresses to ever grace the screen. She did not just open doors for women in the industry in the late sixties and seventies, she kicked the doors down and stomped on them, making clear women could do everything the men could do. Twice a winner for Best Actress in the seventies for Klute (1971) and Coming Home (1978), she should have won her first for They Shoot Horses Dont They (1969). With another five nominations to go with the two wins she is on the road to an eighth nomination for her short performance in Youth, in which she all but burns a hole in the screen with her powerful, ferocious intensity.

Fequently nominated Kate Winslet, the youngest actress in film history to rack up six nominations finally winning for The Reader (2008) is likely to be in the race again, though the weak box office of ‘Steve Jobs’ could hurt the film in categories other than Best Actor.

Though she has never once been nominated but won the New York Film Critics Award for Best Actress, Jennifer Jason Leigh, a hugely gifted actress, is a good bet for supporting actress for her part in ‘The Hateful Eight’. As the woman on the way to be hanged, she has the plum female role in Tarantino’s western and could finally nab a nod. The lady should have had nominations through the nineties for Georgia (1994) and perhaps even won for Washington Square (1997) but nothing ever came for her. This could be her year.

Previous nominee Joan Allen should land in the race for her wounded mother and grandmother in ‘Room’, and Diane Ladd, also a previous nominee could take a spot in ‘Joy’. Newcomers Alicia Vikander seems likely to be a nominee for The Danish Girl but could also surprise and be nominated for ‘Ex Machina’, a superb science fiction thriller. Rachel MacAdams could end up a nominee if Spotlight lands multiple nominations and the fact she was the best thing in the second season of True Detective, while Rooney Mara also looks strong to land a nomination for supporting in Carol.

To sum it all, here are the top 10 frontrunners of the Best Supporting Actress race.