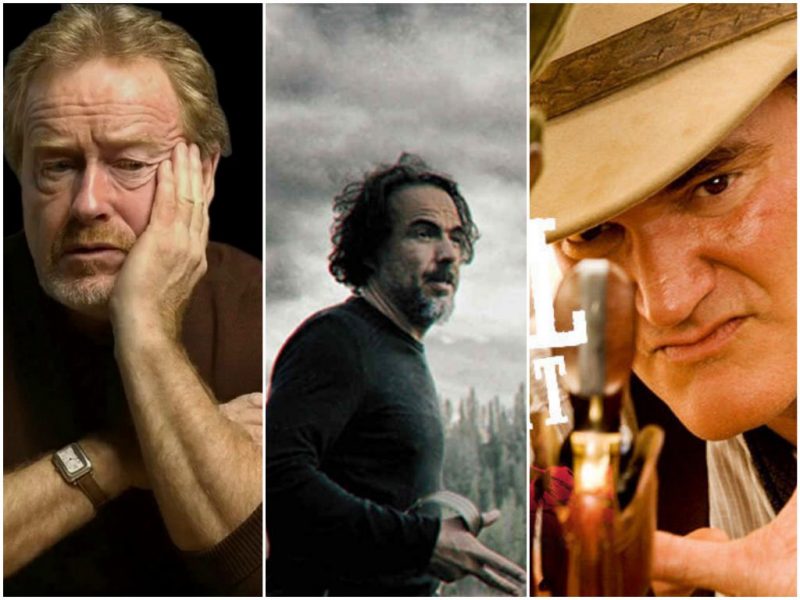 Right now the major contender for Best Director is last year’s winner Alejandro Gonzalez Inarritu for ‘The Revenant’, though the fact he won last year could actually work against him. Yes, he could direct the greatest film ever made but because he won the damn thing a year ago, it might work against him winning again…how stupid is that. Those who have seen the film have stated that the director might have created or expanded a new language for the cinema. That is important. That is certainly important enough to win an Oscar, but they denied Orson Welles for Citizen Kane (1941), Coppola for Apocalypse Now (1979), Scorsese for Raging Bull (1980), Spielberg for E.T. (1982), Scorsese again for Goodfellas (1990), Tarantino for Pulp Fiction (1994), Aronofsky fior Requiem for a Dream (2000), Anderson for There Will Be Blood (2007), Nolan for The Dark Knight (2008), and Spielberg again for Lincoln (2012), among others.

Tom McCarthy will be nominated for his Oscar friendly film ‘Spotlight‘, and John Crowley should land a nomination for his lovely ‘Brooklyn‘, one of the most genuine love stories I have seen.

Spielberg might get a nomination for ‘Bridge of Spies’, though I sense there is a strong chance he might not. Quentin Tarantino should land a nomination for The Hateful Eight if it is as good as the trailer, and Ridley Scott might earn a nod for ‘The Martian’, his best film in years.

Lenny Abrahamson could be nominated for ‘Room’, and should be, while old timers and never nominated Todd Haynes and George Miller for ‘Carol’ and ‘Mad Max: Fury Road’ respectively could be in the thicks of the race if major critics bestow some love on them.

Foreign director Laszlo Nemes could land in the circle for ‘Son of Saul’, and despite the terrible box office performance of Steve Jobs, Oscar winner Danny Boyle could land a nod for the picture. If there is a God, and sometimes I think there is, Cary Fukunaga should be nominated for ‘Beasts of No Nation’, in fact if the film receives a single nod it should be for Best Director. It has happened before, Scorsese for ‘The Last Temptation of Christ’ (1988) being an example.

David O. Russell has directed some of the best films of the last five years and they are calling him deserving (whatever that means) or saying it is his time (again…what does that mean). That means he is all but a shoo in for Joy, expected to be one of the year’s best late releases. I like his work, I do, but this talk of his time and deserving makes me ill. If the film is good, yes, he should be here, but for no other reason. And finally, what of JJ Abrams and his revamp of Star Wars – The Force Awakens…yes he could very well land himself a nomination if the film is as strong as Harrison Ford says it is.

Here are the top contenders for Best Director: