Oscars 2015: Who Will Win and Who Should Win (Exclusive) 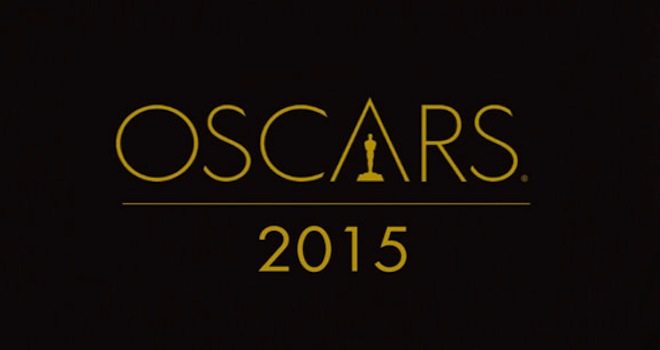 After months and months of Oscar Predictions, we have finally arrived to the day when we make one final call on who is going to win the coveted trophy. It has been a very interesting year this. We are so close to the Oscar night and we still don’t know exactly what is going to win Best Picture till that envelope is opened. And believe me, this rarely happens. It is good in a way, because we all can watch the Oscars with that mystery always lingering in the air: “What is going to win Best Picture ?” Not only Best Picture, but there are other categories too like Director, Actor, Adapted Screenplay, Sound Mixing that are still hanging in air with no one precisely sure what is going to win. Anyway, we here at The Cinemaholic do our best to make the most accurate predictions, and that’s how last year we were correctly able to predict 23 out of 24 Oscar winners. Let’s see how it goes this year. With that said, we present to you our Oscar 2015 winners predictions with exclusive commentary to go with every category.

Commentary: I will be honest here. It’s 50-50 between ‘Boyhood’ and ‘Birdman’.  For the longest time it looked like ‘Boyhood’ is easily going to win Best Picture, until the industry guilds started handing out their prizes. The story changed after that. ‘Birdman’ won PGA, SAG and DGA; the three awards — in combination — are the best indicators of what the industry as a whole is thinking or leaning towards. Then, ‘Boyhood’ came from behind and won BAFTA. So, in short, this race is extremely close and whoever losses will lose with tiniest of margins. I am going with my gut feeling on this and also on the fact that ‘Boyhood’ is a less divisive (Read: more easily likeable) movie than ‘Birdman’;and in the preferential ballot, even if ‘Birdman’ receives the maximum number of No.1 votes, ‘Boyhood’ can win based on the strength of No. 2 and No. 3 votes.

Commentary: Again a very close call between ‘Boyhood’ and ‘Birdman’.  As good as ‘Birdman’ is, Richard Linklater truly deserves to win this for the singular achievement that ‘Boyhood’ is. After all, making a film for 12 years is no joke. Most of the Academy members are aware of this fact and they may want to reward Linklater even if they don’t vote for ‘Boyhood’ as the Best Picture. Iñárritu, having won DGA, still remains the wide favorite to win this and by picking Linklater I am going against the tide.

Commentary: Third category in a row that is too close to call. In a night where ‘Birdman’ sweeps everything Michael Keaton will easily win this. But the likelihood of that happening is less and therefore, the more showy performance that of Eddie Redmayne is going to win. But we all know it is Keaton who deserves this award more than anyone else. Oh, and by the way, don’t be surprised if Bradley Cooper pulls off a coup and wins this.

Commentary: Well, there is no race left here. Moore has this one in the bag. Though, in an ideal world, Rosamund Pike should have won this.

Commentary: J.K.Simmons is going to win this in his sleep — and deservedly so. His performance in ‘Whiplash’ is mind-blowing.

Commentary: Once again, an easy to call out category. Patricia Arquette has this one locked. She deserves the award more than anyone else for putting herself out there.

Commentary: This one is one tight race between ‘Whiplash’ and ‘The Imitation Game’. I keep hearing how much Academy members love ‘Whiplash’. And usually, the more liked movie ends up winning Screenplay awards and at the end of the day this will boil down to which movie members like more.

Will Win: The Grand Budapest Hotel
Could Win: Birdman
Should Win: Nightcrawler

Commentary: ‘The Grand Budapest Hotel’ received the maximum nominations (along with ‘Birdman’), and it is clear that the film is not going to win either Best Picture or Best Director. So, this is one place where the Academy might want to reward Wes Anderson. But again, if Birdman sweeps the night it could easily end up winning this. Though, don’t count ‘Boyhood’ out of this. If it does somehow wins this, it would be the first indicator of the night that its winning Best Picture too. Anyway, I feel the brilliant screenplay of ‘Nightcrawler’ is the most deserving of all.

Commentary: It is for ‘Boyhood’ to lose this one. And if does somehow lose the award to ‘Whiplash’, the game is over: ‘Birdman’ (and not ‘Boyhood’) will end the night with Best Picture. More often than not, Best Picture winner also takes home the Best Editing prize. since ‘Birdman’ is not nominated here it is presumed that ‘Boyhood’ should win this easily.

Commentary: Yup, ‘Birdman’ has this one in the bag. Emmaneul Lubezki will win the award two year in a row after he won last year for ‘Gravity’.

The Grand Budapest Hotel
The Imitation Game
Interstellar
The Theory of Everything
Mr. Turner

Will Win: The Grand Budapest Hotel
Could Win: The Theory of Everything
Should Win: Interstellar

Commentary: Tough call between ‘Theory’ and ‘Budapest’ but I am going with the more popular choice i.e. ‘Budapest’. Though, we all know how amazing is the soundtrack of ‘Interstellar’.

“Lost Stars” from Begin Again
“I’m Not Gonna Miss You” from Glen Campbell: I’ll Be Me
“Everything is Awesome” from The Lego Movie
“Glory” from Selma
“Grateful” from Beyond the Lights

Will Win: “Glory” from Selma
Could Win: “I’m Not Gonna Miss You” from Glen Campbell: I’ll Be Me
Should Win: “Lost Stars” from Begin Again

Commentary: This is one category where Academy members will get a chance to award ‘Selma’ and they might want to grab it. But “Glory” might have to face tough competition from Glen Cambell, a legend in the country music. If it were up to me, I would go with the beautiful song from ‘Begin Again’: “Lost Stars”.

American Sniper
Birdman
The Hobbit: The Battle of the Five Armies
Interstellar
Unbroken

Will Win: American Sniper
Could Win: Birdman
Should Win: Interstellar

Commentary: Academy loves to award war movies in this category, so ‘American Sniper’ looks like the frontrunner. But again, don’t discount ‘Birdman’. It might surprise. My personal pick is ‘Interstellar’.

Commentary: This is three way race between ‘American Sniper’, ‘Whiplash’ and ‘Birdman’, and the truth is any one out the three can win. My only fear with predicting Whiplash to win is Academy members may just blindly tick off American Sniper in both the sound categories. My hope is members might treat ‘Whiplash’ as something close to a musical and vote for it. And previously, whenever a musical was nominated, it won this category more often than not.

Captain America: The winter Soldier
Dawn of the Planet of the Apes
Guardians of the Galaxy
Interstellar
X-Men: Days of Future Past

Commentary: It is not going to be a cake walk for ‘Interstellar’ to win Visual Effects. Yes, it is the only drama among the nominees which gives it a little edge, but the fact that it hasn’t been a broadly liked film gives me a slight pause.

Commentary: ‘Budapest’ should win this easily considering it is way and ahead the most loved movie in the category.

The Grand Budapest Hotel
The Imitation Game
Interstellar
Into the Woods
Mr. Turner

Commentary: ‘Budapest”s superb production design visible in its awe-inspiring sets won’t go unrewarded. It should win this quite easily too.

Foxcatcher
The Grand Budapest Hotel
Guardians of the Galaxy

Commentary: A tough to call out category as any of the three can win. But I am giving the edge to ‘Budapest’ because, again, it is the only film among nominees which has also been nominated for Best Picture.

Commentary: ‘How to Train Your Dragon 2’ might face some fight from the deserving ‘Big Hero 6’ but it seems like it has got an upper hand. And  after ‘The Lego Movie’ got shockingly snubbed it was anybody’s game.

Commentary: ‘CitizenFour’ has won all the precursor awards, so I will be surprised if anything else wins here. But believe me, all the documentaries on this list are as good, if not better, than ‘CitizenFour’, especially ‘Virunga’, which is one hell of a film.

Commentary: ‘Ida’ is a wonderful film but ‘Wild Tales’ is even better. And even though, I am predicting ‘Ida’ to win — because it has won all the precursors — but I won’t be tiniest bit surprised if ‘Wild Tales’ ends up winning. After all, it is the more easily likeable movie out of the two.

Will Win: The Phone Call
Could Win: Boogaloo and Graham
Should Win: Parvaneh