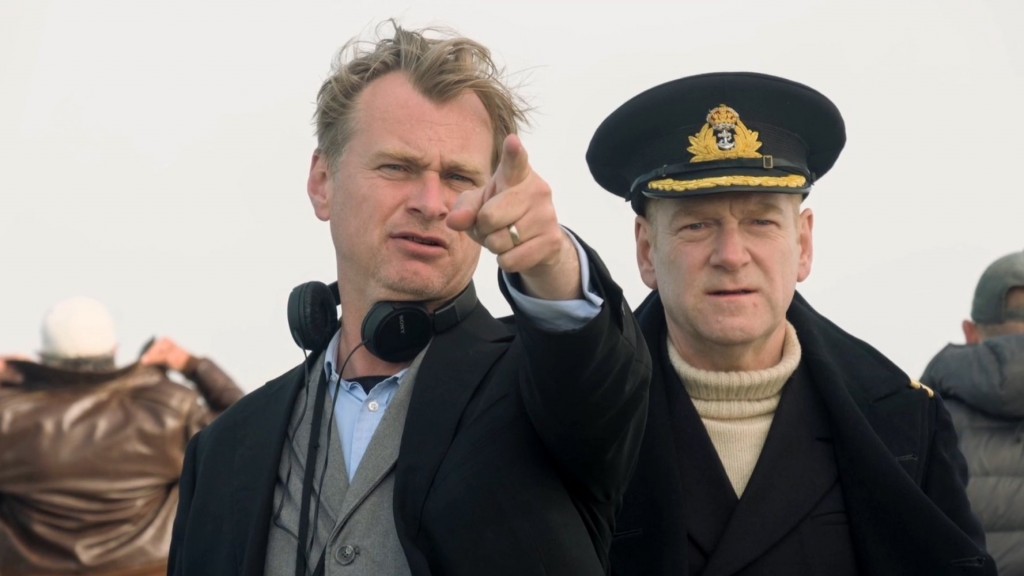 It will be an interesting mix of Best Director Oscar nominees this year. Of this year’s projected nominees, I think I have the major contenders here, though Michael Haneke might surprise for Happy End, but I doubt it. It looks like an exceptional year for filmmakers, but I suspect those established and previously in the race will be the frontrunners.
At the end of the day, no one knows anything of course. With up to ten nominees for Best Picture, one would think the Best Director race means more than ever. Not so, four out of last five winners did not win Best Picture for their films.

With that said, here is the list of my Oscar 2018 predictions for Best Director.

The bearded one will be back with his eighth nomination for Best Director from the Academy, and if the film is as good as I suspect it to be, his third win. More than ever the world needs a reminder of the importance of the news to report the truth, no matter what the cost. Meryl Streep and Tom Hanks headline an exceptional cast in this film about the publishing of the Pentagon Papers. Likely the film of the year folks. Trump will not be pleased…

2. Ridley Scott, All the Money in the World

Snubbed for The Martian (2015) when he clearly deserved a nomination, Scott could be back in the game with this historical drama about kidnapping of John Paul Getty III. The cast includes Michelle Williams, Kevin Spacey and Mark Wahlberg, and when in the zone Scott is as good as anyone, except perhaps the man previous to him on the list.

If there is any film and director that could force Spielberg out, it might be this fantasy from Del Toro about a strange aquatic creature being held captive during the Cold War. Sally Hawkins portrays the mute janitor who befriends the creature. Del Toro has few equals in the fantasy realm, it will depend on what audiences think.

Continuing with a film a year since 1977, sometimes two, Allen apparently hits it out of the park, again, with this fifties romance featuring Kate Winslet and Justin Timberlake. Allen is hot and cold these days, but when hot, Midnight in Paris (2011) hot, he can still amaze. The inside word on this one is very strong and growing, with it said Allen again guides great performances from his cast.

Nominated since Sideways (2004) for his work, this time he is really out on a limb, merging his satire with science fiction. Matt Damon agrees to be shrunk to save money in this strange new film that seems to be a modern version of The Incredible Shrinking Man (1957). Payne is hugely talented with actors, eight have been nominated under his direction. The concept is fascinating, Damon is up for anything, and never count out Payne.

His Good Night and Good Luck (2005 is a modern masterpiece, but his directorial work since has never been as strong. The Ides of March (2011) was very good but overshadowed by the brilliance of his performance in The Descendants (2011). This one, a vicious black comedy set in the fifties, written by the Coen Bothers, could be a huge surprise if he finds the tone and his actors come through. Damon again, Julianne Moore…he is going to be in the mix. Count on it.

He should have won for The Dark Knight (2008) and everyone knows it. Few are as bold or as daring and he is a true visionary. Dunkirk was brilliant, but have we not been there before? It did not have the impact of either Apocalypse Now (1979) or Saving Private Ryan (1998), was more of a tone poem than a true film. That said it is still an extraordinary achievement. Not sure they can ignore it.

Impossible? Not with up to ten nominees for Best Picture and her Wonder Woman universally loved. Could happen, not likely but no way she gets discounted. She made a smart, well written and told comic book movie with a woman as its star…tell me she does not have a chance? The director made a great big, wildly entertaining and really great film that made loads of money, not to mention the great reviews. A game changer.

In what could be an act of bold genius or brash arrogance, Eastwood has cast the real life men who thwarted a terrorist attack in Paris aboard this train, the 15:17. The trio has no acting experience but given his gift with actors, his speed of shooting, the one takes, he really just has to recreate the world for those men in which to react. Yep, that’s all, and not make a fool of them or himself. There are few smarter than he, and he is adored by young and old within the Academy.

Despite the fact the film did not find an audience, it hit a nerve with the critics who saw it, and saw how really, racism never goes away. The same nightmares that walked the streets of a Detroit still exist, hell, the President might be a racist. Bigelow, the only woman to win an Oscar for Best Director, deserved a second for Zero Dark Thirty (2012), and she damn well deserves to be nominated for this. So does Will Poulter for supporting actor, more on that later.

She won Best Director at Cannes for her powerful film, which flopped with audiences but not with critics. Given her history, a previous nominee, the family name, and the fact she is well admired and respected, she has a chance, however small of being in the mix. Loved the film, beautifully directed.

Simply one of the most exciting directors in modern cinema, when he makes a film, people pay attention. Jennifer Lawrence and Javier Bardem are a couple happy, until their tranquility is invaded by a dangerous couple, portrayed by Michelle Pfieffer and Ed Harris. The director is a genius, expecting big things.