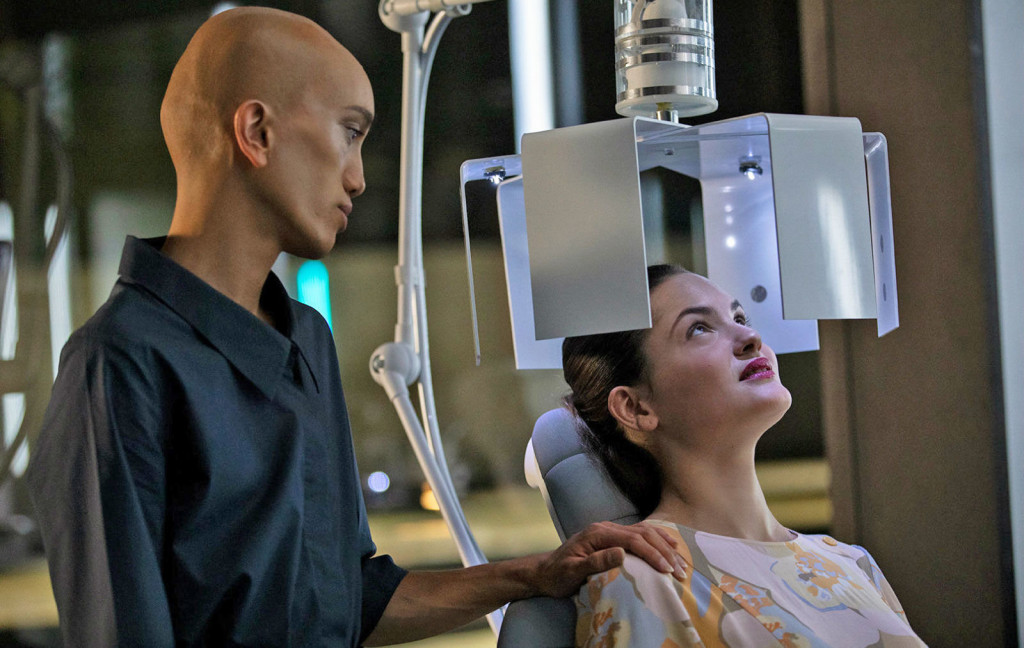 Love and technology. A combination that can be fatal, disturbing, and lethal sometimes. And this is what Netflix’s Original science fiction TV series, Osmosis, tries to explore. The show first premiered on the online platform on March 29, 2019. This mind-bending French drama is created and produced by Audrey Fouché. It features Aude Albano and Claude Chelli as the executive producers and Jean-François Hensgens as the cinematographer.

This is not the first time a Netflix show has explored human relationships with the lens of science. A 2018 Netflix show, Maniac, also explored complex human relationships and the role of technology. It is becoming more and more clear that as we are becoming more and more reliant on technology, the mind of creative filmmakers is also going in that direction. And as result we have shows like Maniac, Westworld and of course, Osmosis. Just a decade back, there were only few filmmakers who were trying to explore relationships via science (most famously in Eternal Sunshine of the Spotless Mind), but nowadays there seems to be an avalanche of new filmmakers not afraid of going there. Well, we aren’t complaining, as long as we get to see great shows like Osmosis.

Osmosis Cast: Who is in it?

French actressm Lena Lapres makes her debut wtih Osmosis. She plays the lead role of Claire. French director and actor Hugo Becker also has an important role in Osmosis. He is already well-known for his portrayals of Louis Grimaldi in Gossip Girl and Romain in Chefs. Seasoned French actress Agathe Bonitzer plays a vital role in the series. She has been part of over twenty films since the start of her career in the 1990s.

Osmosis Plot: What is it about?

The plot of this dystopic thriller takes us to the city of love, Paris, in the near future, controlled by technology. The story revolves around the groundbreaking dating app, Osmosis, which by means of an algorithm, transforms the idea of a soulmate into reality. This app is installed within the bodies of individuals — which then goes deep into their consciousnesses via brainwaves, understands the innermost secrets, and helps in finding the perfect match with 100% accuracy.

However, in order to make the application ready for wide public use, a team of early beta testers try it out as an experiment. The group includes a mix of characters: a dreamy young girl who believes in the concept of a soulmate, a gay guy looking for his perfect partner, and another young boy who is addicted to sex and thinks that finding true love will change him among others. While some are really hopeful about its results, others are a bit skeptical of revealing their deepest secrets and brain data to an AI named Martin. He or she is also etched with an interactive tattoo that begins to blink as soon as one meets his/her soulmate.  It appears that this implant even plays with one’s thoughts and memories. Well, all looks okay at the beginning with slight margins of errors as informed to the participants earlier. But then, everything is not what it seems. And soon things take a turn for a terrifying, worse turn of events.

So, as soon as the participant pops the pill and descends into the world of biotechnology and AI, let’s admit, we know what it entails! Things begin to get dark. Of course, when you allow an algorithm to decide who you will love, it shall take more from you than just your personal data. There will be a price to pay, and this is exactly what the show tries to figure out.

Osmosis Season 2 Release Date: When will it premiere?

Osmosis season 1 premiered on March 29, 2019 on Netflix. As we already know, popular French shows such as Versailles, Marseille, The Forest, and The Chalet — to name a few — have created quite a stir amidst active Netflix subscribers. The reasons are mainly interesting plot lines, spectacular performances, and of course, seamless direction, elaborate sets plus cinematography. And Osmosis didn’t disappoint at all. After all, Netflix has never let us down with its take on high-stake European shows.

Osmosis, with its interesting premise, was always bound to raise the curiosity of its viewers. So, now the question is whether Netflix will renew the show for another season. Well, the answer to that question might at the end of the day have a mathematical solution. Did enough number of people watch Osmosis considering it was originally made in French? If the show does get renewed, we are hopeful that Osmosis Season 2 can release as early as next year, sometime in March, 2020.

Check out the official trailer of the show right here. If you like the trailer feel free to watch the full show, but be prepared to be surprised.