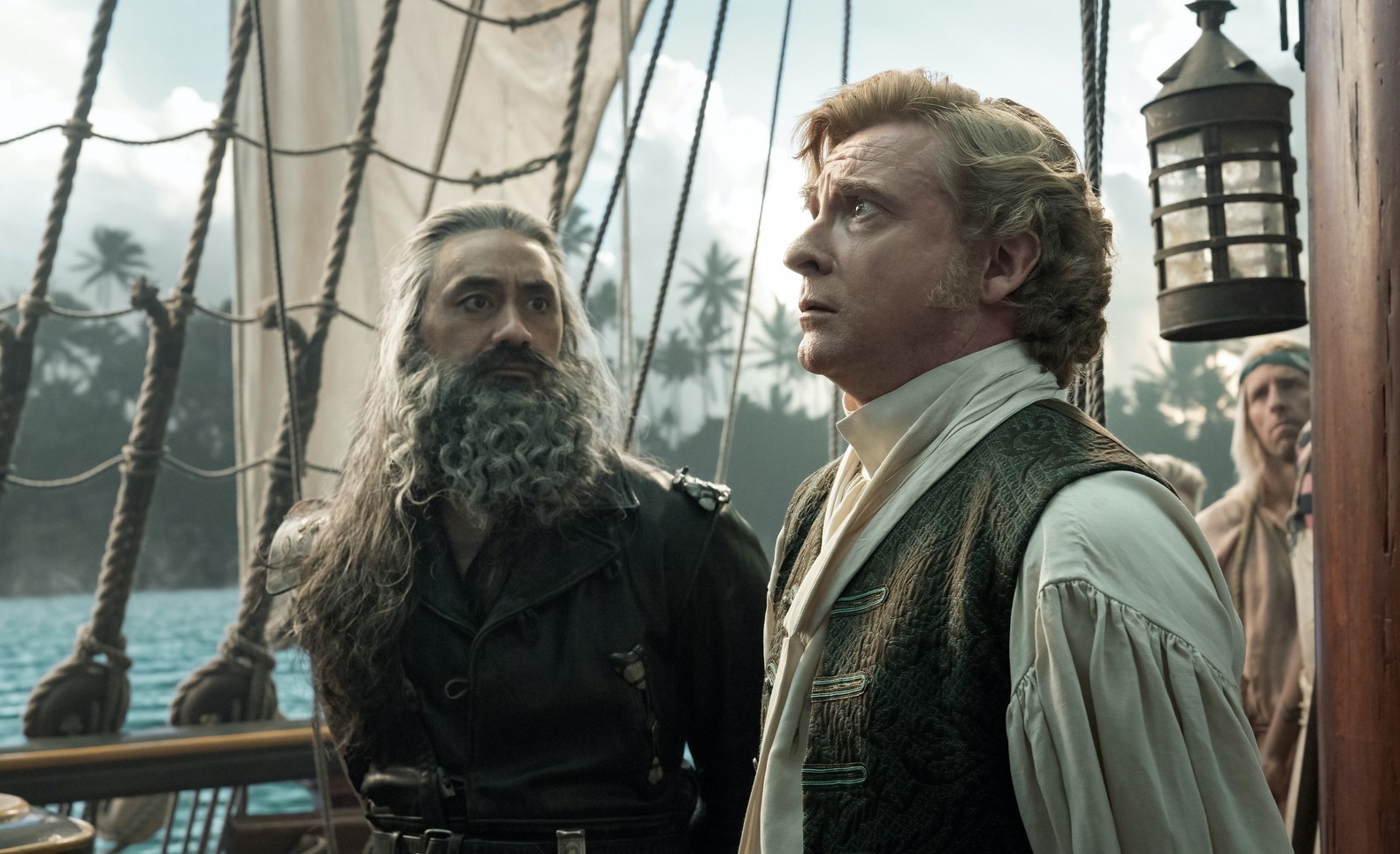 Created by David Jenkins, ‘Our Flag Means Death’ is a period comedy series. The storyline predominantly follows the misadventures of Captain Stede Bonnet and the crew of his ship – the Revenge – in the Caribbean and beyond. Soon, the feared pirate Blackbeard also becomes part of the crew after saving Stede and his team from the Spanish Navy. A romance develops between Stede and Blackbeard as they battle other pirates, forces of various governments, and the hostile natural forces.

Following its premiere, ‘Our Flag Means Death’ received mostly positive reviews, garnering much praise for the performances, comedy, casting, narrative, set designs, and costumes. The first season of ‘Our Flag Means Death’ has recently concluded airing. If you are wondering whether there will be a season 2, we’ve got you covered.

As for the sophomore season, here is what you need to know. Neither the producers of the series nor the streaming service executives have confirmed the development of a second season yet. However, as indicated above, ‘Our Flag Means Death’ is a highly-rated series, and both HBO and HBO Max are known to renew critically acclaimed projects. If the series manages to acquire a high viewership number, it will further strengthen its case. Therefore, if it is greenlit in the next few months, the audience can expect ‘Our Flag Means Death’ season 2 to release sometime in Q1 2023.

Our Flag Means Death Season 2 Cast: Who can be in it?

Although Boris McGiver (Father Bonnet) and Rory Kinnear’s characters (twins Captain Nigel Badminton and Admiral Chauncey Badminton) are dead, the actors might continue to appear in flashback scenes in the prospective second season. We may also learn the fate of Foad’s character Lucius, who gets thrown off the ship by Blackbeard. Furthermore, new actors might join the mix if the series is given the go-ahead for its second installment.

Our Flag Means Death Season 2 Plot: What can it be About?

In the season 1 finale, Stede returns to his family but soon discovers that he has no place among them. Mary even tries to kill him once. He eventually fakes his death and vanishes from the lives of his wife and children for good. Meanwhile, on board the Revenge, the old Blackbeard returns after Izzy threatens him. The legendary pirate drops Lucius into the ocean and feeds Izzy his (Izzy’s) own pinky toe. Blackbeard also leaves most members of the crew marooned on a tiny island, where Stede later finds them.

In the prospective season 2, Stede might try to regain his position on the Revenge and earn Blackbeard’s forgiveness. He definitely has an uphill battle ahead, given how Blackbeard has changed. We will probably find out what really happened to Lucius if the show returns with another edition.

Read More: Where is Our Flag Means Death Filmed?