Will There be an Outcast Season 3? 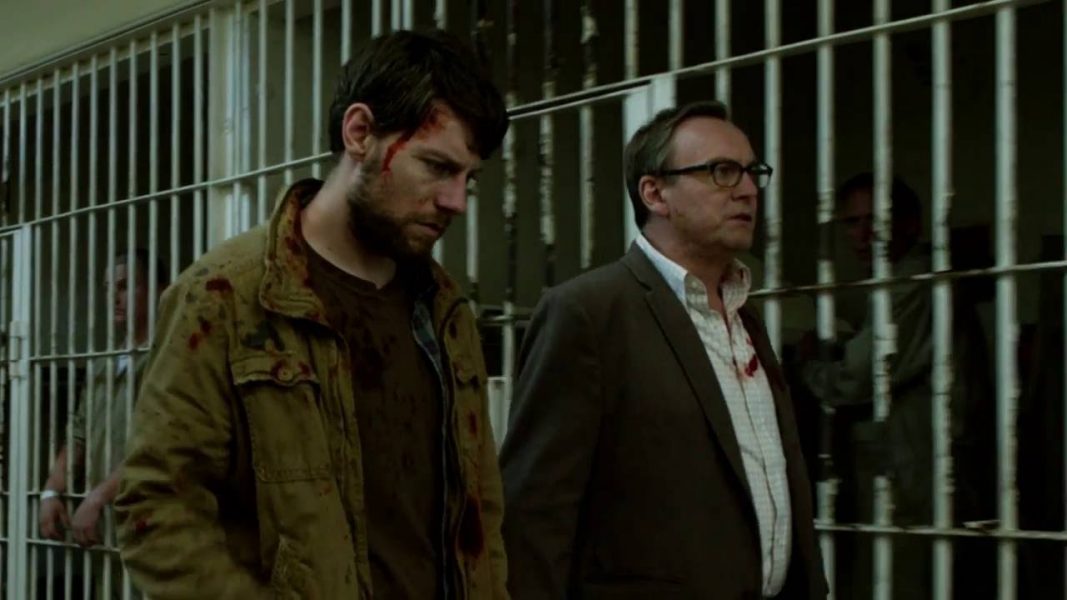 Outcast is a horror drama television series which debuted on Cinemax on June 3, 2016. It is created by Robert Kirkman. He has also written the original comics along with Paul Azaceta upon which the show is based. His comic book writing credits include The Walking Dead, Invincible, Tech Jacket, Outcast and Oblivion Song.

The story takes place in a fictional town called Rome in West Virginia. The production crew had transformed the cities of Chester and York in South Carolina to serve as the location for the fictional town.

Upon receiving positive reviews from viewers and critics alike, the series was renewed for a second season on March 14, 2017. Now the question is, will there be an Outcast season 3? We will delve into that question, but first, let’s quickly look into the details of the show.

Outcast Cast: Who’s in it?

The story of Outcast revolves around Kyle Barnes who suffers from the effects of demonic possession. The character is portrayed by Patrick Fugit, who has previously starred in movies like Almost Famous and the David Fincher thriller Gone Girl. Philip Glenister who is best known for his work on the BBC series Life on Mars and its sequel Ashes to Ashes portrays the character of John Anderson, a reverend and a close friend of Kyle.

Wrenn Schmidt appears as Megan Holter, Kyle’s sister. She previously appeared in the 2015 Hank Williams biopic film I Saw the Light, starring Tom Hiddleston and Elizabeth Olsen. In 2016, Schmidt had a role opposite John Krasinski in the Michael Bay film, 13 Hours: The Secret Soldiers of Benghazi, which portrays the 2012 Benghazi attack in Libya. Kate Lyn Sheil from the award-winning Netflix series House of Cards stars as Allison Barnes, Kyle’s ex-wife.

David Daneman who had a minor role in season one of True Detective (HBO) portrays Mark Holter, a local police officer and Megan’s husband. Sarah Barnes, Kyle’s estranged mother who also suffers from possession is portrayed by Julia Crockett. Brent Spiner stars as Sidney, a mysterious preacher. Spiner is known for his portrayal of the android Lieutenant Commander Data in the popular television series Star Trek: The Next Generation. He went on to portray the character on four subsequent films.

Reg E. Cathy appears as Byron Giles, the police chief of Rome. Madeleine McGraw stars in a recurring role as Amber Barnes, Kyle and Allison’s daughter. She became a part of the main cast in season two.

Outcast Plot: What is it about?

The series starts with a little family home in the anecdotal town of Rome, West Virginia that is transformed into a place of trepidation by the evil possession of a little boy, who is discovered by his mom while biting off the tissue of his own finger for sustenance. The opening is quite similar to the original comic book by Kirkman. It’s an agitating picture in both the examples, yet there’s one remarkable contrast in the series. As the first season opens, the primary picture we see is that of a cockroach rushing over the wall of the aforementioned boy’s room, directly before he crushes the bug into a sticky puddle of guts. Kyle starts partnering with Reverend Anderson as the story progresses. The cast performance is top-notch.

One still wonders why the series was so underrated despite having such a good story which was only topped by its brilliant cinematic execution. Kyle and Anderson’s journey starts when they encounter a police officer with an unusual demonic possession. Anderson tries to solve various cases of possession through exorcism which he believes works.

Remembrance Day in Rome turns into a nightmare when Anderson lashes out at Sidney as payback for her brutal attack the previous night. Sidney is later arrested by the police chief Byron for attacking Anderson. But she is released for having an alibi. The situation turns sour when Megan starts behaving oddly. Soon Megan goes missing and Kyle becomes desperate to protect his sister. Meanwhile, he is alerted by Amber. He finds out that Mark has been murdered. The season concludes with the truth of the tragic events unravelling.

In the second season of Outcast, the investigation and riddle of what lie behind the supernatural indications and why they are attracted to Kyle Barnes proceed. As the possessions that have tormented him since his childhood start growing in number, Kyle battles to safeguard what he holds most dear. Next to him are Reverend Anderson and Chief Giles, while his sister Megan struggles with her own evil spirits. The supernatural dangers turn out to be more dangerous than Kyle would ever have foreseen. His own fight with this inherent evil turns into a battle for all of Rome, as he finds the frightful secrets of his own past.

Outcast Season 3 Release Date: When will it premiere?

Outcast season 1 premiered on July 20, 2018 on Cinemax in the US, immediately followed by season 2 and the entire show wrapped up with its finale (20th episode) on September 28, 2018.

On October 2, 2018, Cinemax announced that it has axed the series. So, it is safe to say that Outcast season 3 stands cancelled by the channel. However, the original comic series is still running; so it is possible they do a spin-off and continue the story in the future. If that’s the case, we can expect an official update later this year.

The first two seasons are still compelling to watch. Watch the trailer for season 1 below: