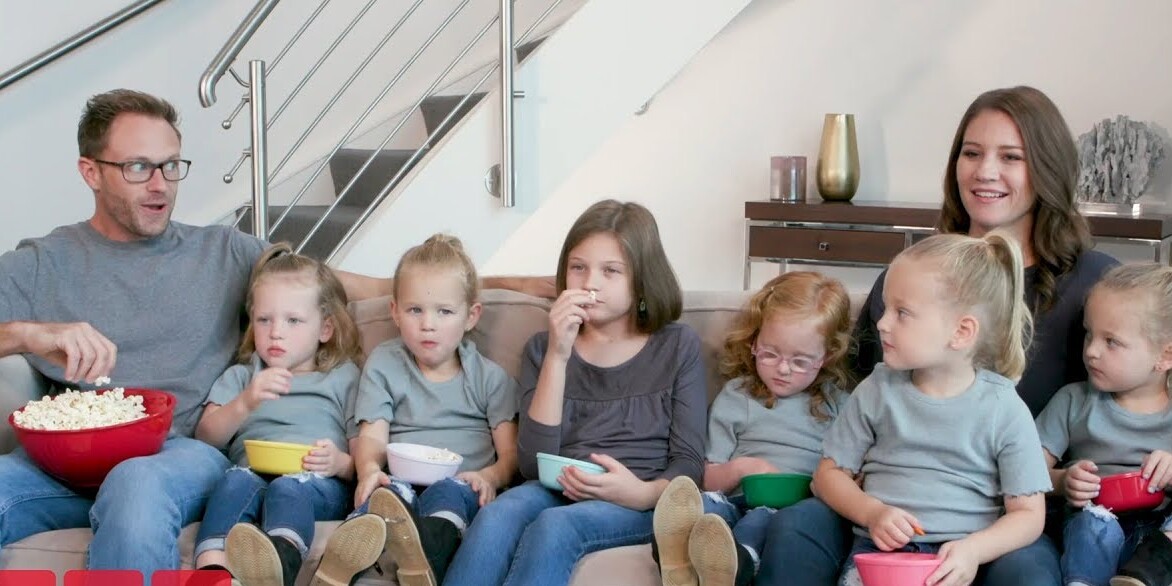 The Busbys are back! The seventh season of TLC’s reality series ‘OutDaughtered’ continues to document the daily lives of the busy Busby parents, Adam and Danielle, their eldest daughter Blayke Louise, and America’s only surviving set of all-girl quintuplets – Olivia Marie, Ava Lane, Hazel Grace, Parker Kate, and Riley Paige. In the season premiere, that dropped on June 2, 2020, Adam struggles to plan the perfect Valentine’s Day for all the girls.

The Busby patriarch also stages a fire drill so that his family can learn how to get to safety in a fire emergency. Dive straight to the recap section to refresh your memories. In case you’re updated and are looking for the details on ‘OutDaughtered’ season 7 episode 2? We have got your back.

Well, looks like fans will have to wait for a week for another episode of their favorite show. It has been reported that instead of episode 2, the channel will air a two-night special townhall from the Oprah Winfrey Network to address the state of racism in America. So, ‘OutDaughtered’ season 7 episode 2 will release on June 16, 2020, at 9 pm ET, on TLC.

You can watch ‘OutDaughtered’ season 7 episode 2, by tuning to TLC at the above-mentioned time. You can also catch the show on TLC’s official website and the TLC GO app. If you don’t have a cable subscription, you can watch the show on Philo TV, DirecTV, and Fubo TV. Previously released episodes are available to stream on Hulu. ‘OutDaughtered’ is also available as a VOD service on YouTube TV. You can also purchase the episodes on Amazon Prime.

The upcoming episode is titled ‘Snow-cation.’

In the episode, the Busbys will be heading to Wyoming for a fun-filled vacation. Danielle and Adam will take their daughters Lulu, Ava, Parker, Blayke, Hazel, and Riley on their first snow trip to Jackson, Wyoming. From their departure from Houston-Intercontinental Airport to their first experience with snow, the episode will cover everything. We can expect the Busbys to enjoy all the adrenaline-induced activities at the Snow King Mountain Resort.

The girls will slide down on a snow-tube and take skiing lessons, while Adam and Danielle will sneak away from the kids for a while, to enjoy the scenic Chairlift ride. With a pandemic looming in the background, they might make a return to their home, only to realize that Hazel’s eye-condition is deteriorating and she might need another surgery.

The episode begins with a quick update on the girls. The Busby kids are growing up. Blayke, the eldest of all the daughters, now demands a little more privacy than she did before. The girls are not allowed to touch her stuff, share her bed, and have to ask permission to enter her room. I mean, the quintuplets hold power to turn a neat and tidy room into a disorganized mess in just a few minutes. So, it’s only fair. Well, that doesn’t mean Blayke doesn’t like spending time with her sisters. In fact, she takes care of her siblings whenever the parents are busy.

While Ava, Parker, Hazel, Lulu are in Pre-K, Riley takes advanced kindergarten sessions because of her high IQ. Although this has created some division between the kids, they have all settled into it. Also, Hazel has a boyfriend now, who is the son of her parents’ friend. Danielle and her twin sisters have launched a clothing line called CADI. The mother of six expresses that she can’t wait for the quints to be at school as it gets challenging when she has to take them to work. Danielle opens up about undergoing a hysterectomy because of her PCOD, which means she will not be able to physically bear more babies in the future.

After taking the kids through a fire drill, Adam and Dale stage a fake fire at the house. He is proud of how the kids handled the situation. The quints put on a long face after Adam informs them that he won’t be able to make it to the father-daughter dance. To give his daughters a Valentine’s Day surprise, Adam takes them to an ice-cream shop and tells the girls how much he loves them. The girls also express their feelings towards Adam. Lastly, Danielle surprises everyone by organizing a father-daughter dance at home in the presence of all their extended family members and friends. As the night sets in, the couple spends some quality time together.

Read More: Where is OutDaughtered Filmed?