OutDaughtered Season 8: Everything We Know 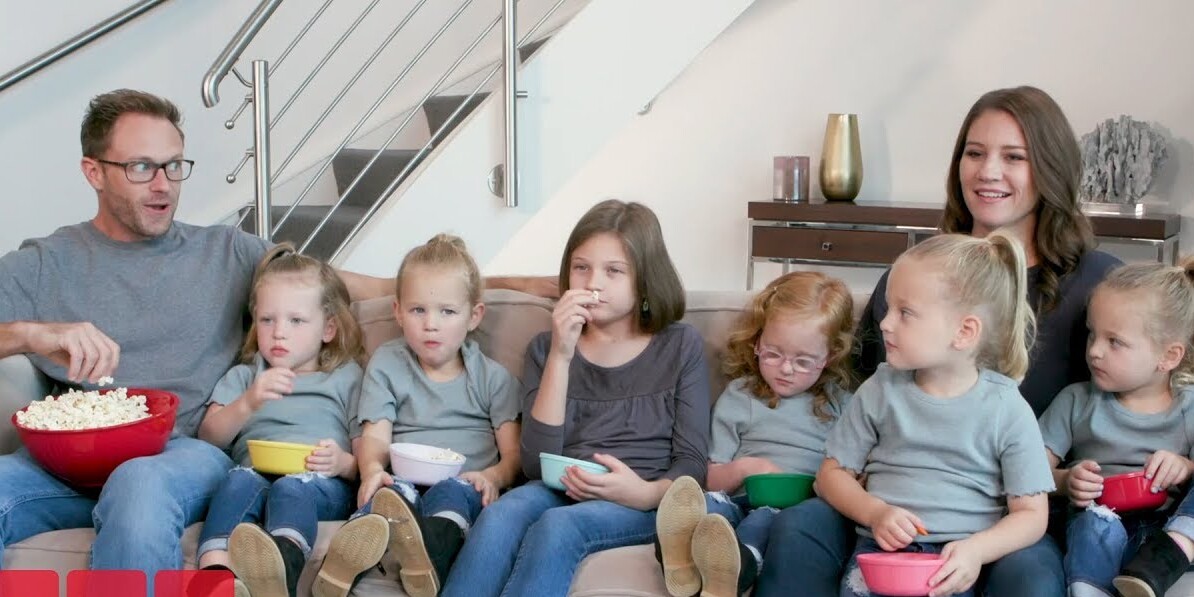 On April 8, 2015, Adam and Danielle Busby welcomed the only surviving all-girl quintuplets in the U.S., and they bagged their own TLC show, ‘OutDaughtered,’ which changed their lives forever. Since its premiere on May 10, 2016, the Busby family has been entertaining the viewers by documenting the day-to-day activities of Adam and Danielle along with their eldest daughter Blayke, and the adorable, Busby Quints.

Over seven seasons, the show has amassed a lot of fans who are always excited to catch up on the latest updates in the lives of the Busby quints. Season 7 concluded recently and naturally; fans are wondering: Will there be an ‘OutDaughtered’ season 8? Let’s find out!

‘OutDaughtered’ season 7 premiered on TLC on June 2, 2020, and concluded its run on June 30, 2020, after airing just four hour-long episodes. The production on the show was shut down because of the coronavirus outbreak. Therefore, Adam and Danielle had to shoot the final episode entirely by themselves.

Of course, the abrupt ending left fans bewildered and concerned about the future of the show. Well, considering the show’s popularity and steady ratings, it’s a no-brainer that the show would return for the eighth season. Whenever TLC renews the show, we expect ‘OutDaughtered’ season 8 to premiere sometime in 2021 on TLC.

OutDaughtered Season 8 Cast: Who is in it?

The show follows the Busby Family, comprising Adam and Danielle Busby and their six daughters. After tying the knot in 2012, the couple had their first daughter, Blayke Louise, on April 5, 2011, followed by not one but five daughters on April 8, 2015.

The names of the Busby quints are as follows – Ava Lane, Olivia Marie, Hazel Grace, Riley Paige, and Parker Kate. Ava and Olivia (Lulu) are identical twins, while the remaining three are fraternal triplets. The extended family members – Uncle Dale, his wife Crystal and their kids, McKenzie and Bronson, also make regular appearances on the show. Season 8 is expected to feature all the above-mentioned cast members.

What is OutDaughtered About?

Parenting is hard but it gets harder when you have to raise a pair of young quintuplets, who keep running around the house, throwing tantrums, and creating a ruckus. ‘OutDaughtered’ follows the Busby family, as they go about their daily activities. From Adam and Danielle’s professional commitments to the kids’ time at school or the doctor’s clinic, the show covers it all. In Season 7, Adam and Uncle Dale stage a fire-drill for the Busby kids.

Hazel complains about seeing double after taking off her glasses. So, the parents book an appointment with her specialist, for when they get back from their trip. The family flies to Wyoming to enjoy their first snow-cation, where Hazel raises concerns about having a troubled vision, causing Adam and Danielle to worry about her eye condition. When they return to Texas, the family freaks out upon witnessing the drastically changed world because of the COVID-19 outbreak. Following the stay-at-home orders, Adam and Danielle home-school the kids. They are also forced to celebrate Blayke’s ninth birthday and the fifth birthday of the quints, with little to no celebration.

Season 8 will continue to document the ups and downs in the lives of the Busby family. We can expect Hazel to undergo another surgery, as the condition of her eyes has deteriorated. As they are now five-years-old, the girls might level up to kindergarten. It can showcase how the Busby family adjusts into the new-normal.

Read More: Where is OutDaughtered Filmed?