When Does OutDaughtered Season 7 Premiere on TLC? 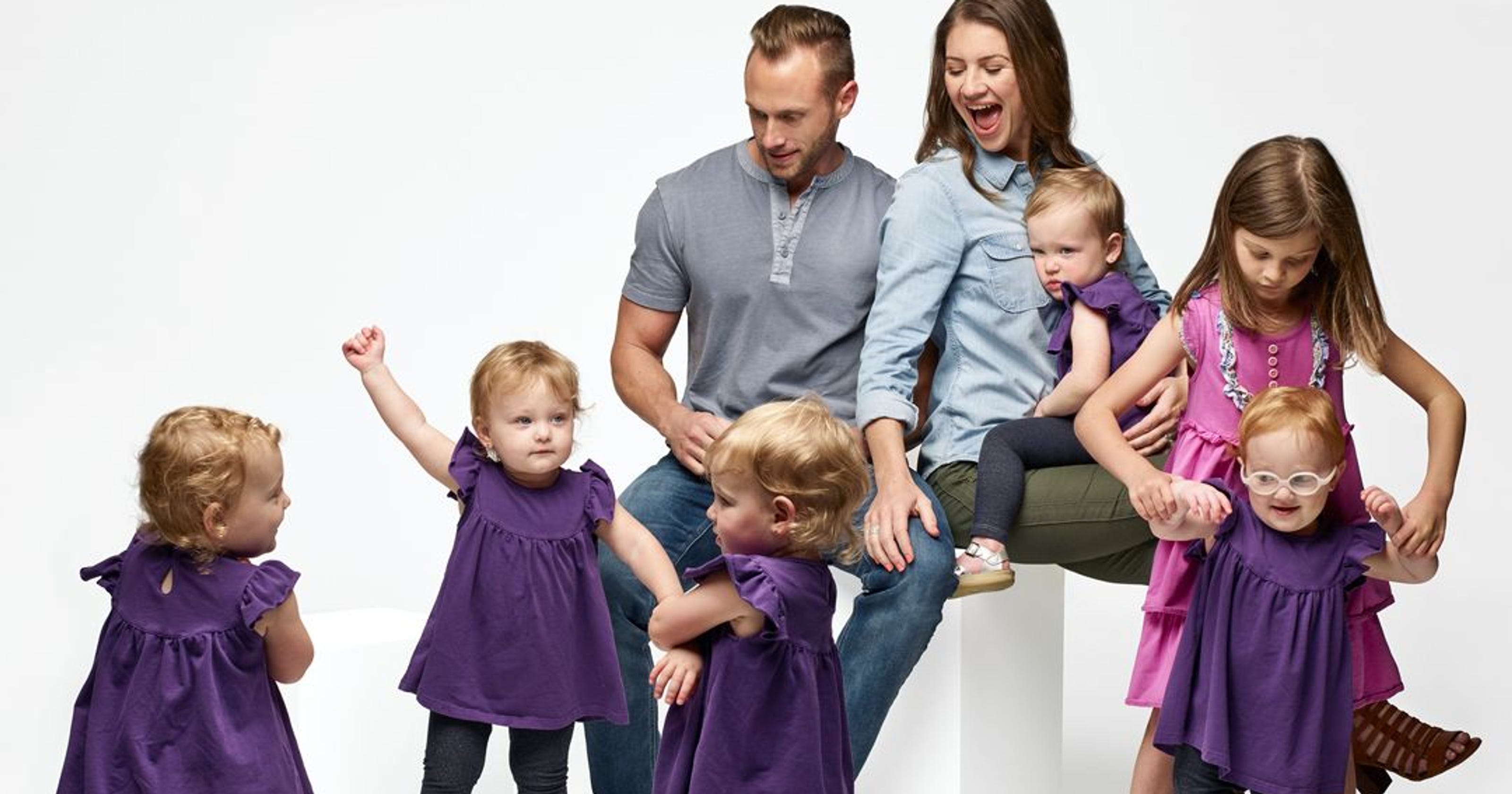 Taking care of a single baby is an ordeal for most parents. But imagine when you have to tend to the demands of five newborns all at once! Well, this is exactly what happened to the Busby family when Danielle gave birth to quintuplet girls in 2015 — a first-time event in the US when all five newborns were born healthy and alive. And within a night, this family of three transformed into a household of eight. It was not long after that people wanted to know more about the family. So soon enough, the couple launched their own reality show, ‘OutDaughtered’, on TLC.

‘OutDaughtered’ first premiered on TLC on May 10, 2016, and has spanned six successful seasons so far. Now the question is, when will ‘OutDaughtered’ season 7 release. Well, read on to find out.

OutDaughtered Cast: Who’s in it?

‘OutDaughtered’ revolves around the Busby Family, which comprises parents, Adam and Danielle Busby. They married in 2006 and were blessed with a daughter, Blayke Louise, on April 5, 2011. On April 8, 2015, Danielle delivered the quintuplets via Caesarian section at 28 weeks. Born at the Woman’s Hospital of Texas, the infants stayed the first few months in the NICU. Among these five girls, Ava and Olivia are identical twins while Hazel, Riley, and Parker are fraternal triplets. Season 7 will obviously continue to chronicle the eventful life of the Busby family.

What is OutDaughtered About?

40 bottles everyday, 420 diapers each week and feedings calls once in every three hours — this is the regular grind for Danielle and Adam Busby, proud parents of the only all-girl set of quintuplets in the United States. Yes, the routine is hectic and almost impossible to imagine for most of us. But the Busbys make it seem so easy! How? Well, this entire show tries to depict just that.

Previously, Adam and Danielle had struggled with infertility and had to resort to intrauterine insemination for successful pregnancies in both cases. After this, they first welcomed Blayke to their lives. Four years later, the couple again was blessed with a surviving set of healthy quintuplets.

As the episodes progress, we witness how Adam and Danielle struggle to bring up the girls. For example, we get to see Hazel’s eye condition, medically termed as congenital nystagmus, which forces her to not have any control over her eye movements. She also needs to turn her head at angles as she cannot see clearly. After an eye surgery in 2016, she was again diagnosed with astigmatism in 2017. Maybe the reason for these conditions is her premature birth. She is currently seen wearing glasses to help her with her vision issues. The series additionally depicts Adam’s struggle with postpartum depression. He ultimately decides to seek professional help for the sake of his family and his relationship with his wife.

Each season chronicles the growing-up days of the girls and narrates how the couple deals with the changes. Season 4 of ‘OutDaughtered’ begins with the effect of Hurricane Harvey on the family, post which one member has to face a devastating loss. On the other hand, the family also needs to decide how they can tackle Olivia’s crib-escaping routine while planning for a Halloween party. Again, when the couple starts planning their Thanksgiving dinner, they get another setback which might foil all their holiday plans. There even arises a situation where Riley and Parker might have to be allotted separate classrooms and Adam contemplates on how to tackle the new change.

As the story unravels, we witness the Busbys battling potty training, Blayke starting with her gymnastic classes, and Adam having to take care of all six kids when Danielle leaves home for a conference during the weekend. The events then progress to show the couple spending their Christmas holidays and the girls trying to perform on stage. Danielle later tries to involve the girls in helping her with household chores but thinks if this step will actually help her or double her workload. Meanwhile, as Danielle battles with stress and health issues, Adam tries to surprise his fam with a Valentine’s Day surprise. The last episode of season 4 finally ends with Adam considering to quit his job and spend more time with the girls.

Season 5 begins with Adam and Danielle trying to figure out how they can discipline their children and discovering molds in their home. We also see them hunting for a new home while preparing quints for school testing. Finally, the family moves in their new home but soon finds out that adjusting to new conditions isn’t going to be easy. Meanwhile, Adam gets a new job opportunity, which brings its own sets of challenges.

Season 6 sets off with a festive air as the Busbys plan Blayke’s eighth and the quints’ fourth birthday, all within the span of one week. Adam and Danielle try to cope up as the kids grow older and the energy in the household increases manifold. Riley starts Pre-K and Hazel receives a new pair of glasses. Danielle is a bit stressed with Adam’s career while she herself contemplates launching a new business. They additionally get a good bit of news about their house.

Season 7 is also expected to chronicle the ups and downs in the lives of the Busby family — who are expected to face more complicated issues, now that the girls are growing up pretty fast.