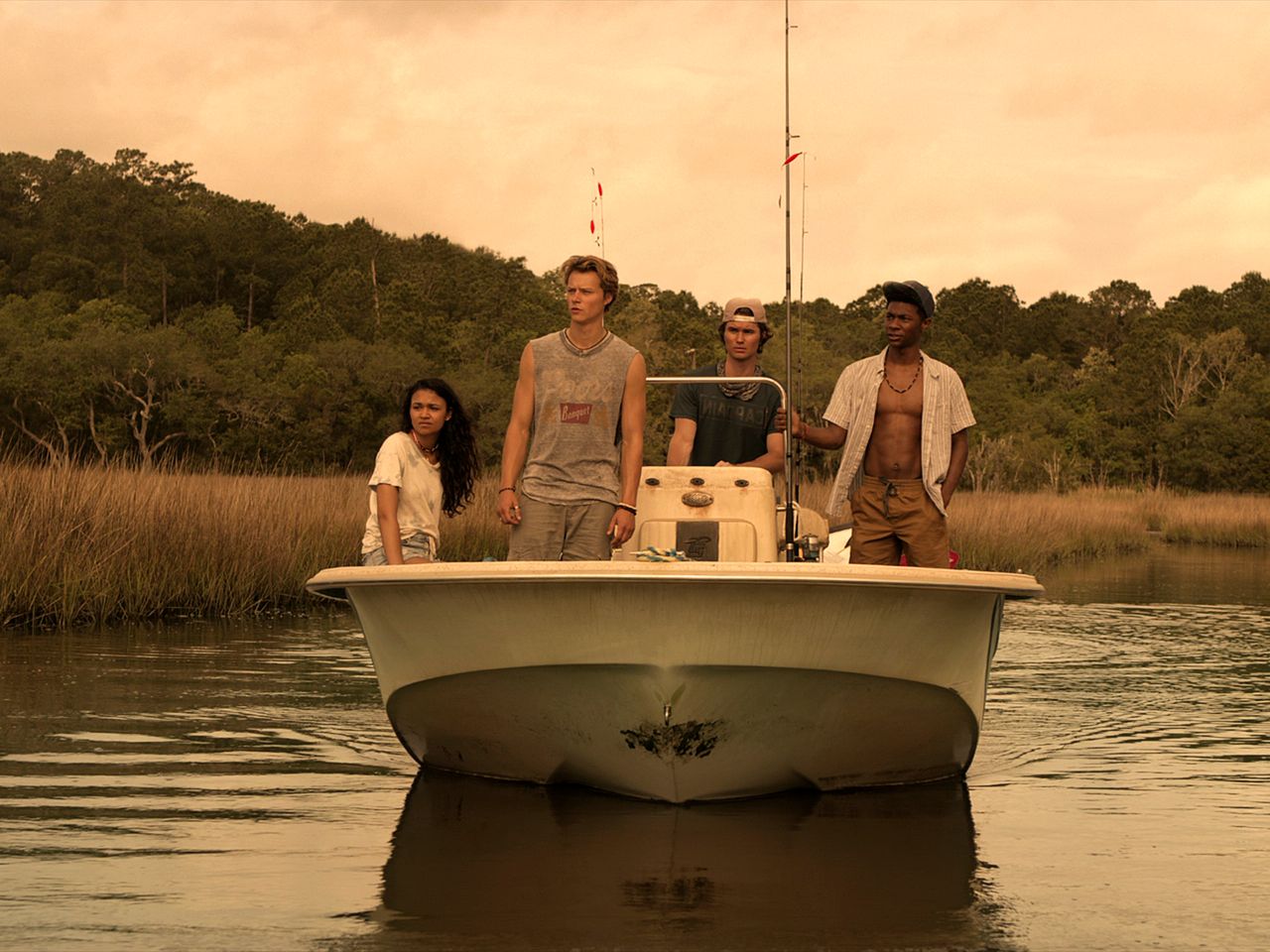 ‘Outer Banks’ is an action-adventure mystery drama that follows a group of teenagers – dubbed “Pogues” – in the titular town who are hell-bent on finding out what happened to the missing father of the group’s ringleader, John B. Along the way, they discover a legendary treasure hunt in their hometown that is tied to John B’s father. Chaos ensues.

The coming-of-age series has been well-received and highly praised for its sharp writing that not just provides intriguing characters but also weaves relevant themes related to socioeconomic disparity and prejudice into the premise. Fans are thrown for a loop at the end of season 1 and are rightfully left craving for more. So here’s everything we know about ‘Outer Banks’ season 2!

‘Outer Banks’ season 1 dropped on April 15, 2020, on Netflix. After the viewers welcomed the show with open arms, the streamer officially renewed it for a second season on July 24, 2020.

Furthermore, the announcement alluded that new episodes will take place in the Bahamas, with the caption, “see you in the Bahamas.” The production for season 2 has reportedly gone on the floor in August 2020, under stringent COVID-10 safety precautions. With its sophomore edition going ahead with full steam, we can expect ‘Outer Banks’ season 2 to premiere sometime in early 2021.

Almost all of the chief cast members are slated to return for season 2, including Chase Stokes as John B, Madelyn Cline as Sarah Cameron, Madison Bailey as Kie, Jonathan Daviss as Pope, Rudy Pankow as JJ, Austin North as Topper, Drew Starkey as Rafe, Deion Smith as Kelce, and Charles Esten as Ward Cameron. Elizabeth Mitchell (‘Lost’, ‘Once Upon a Time’) is all set to join the much-anticipated season 2. She will play the role of a long-time Charleston native named Limbrey, a compelling woman with a level of toxicity and menace lurking underneath her seemingly courteous ways.

Season 1 is an adrenaline rush-inducing roller coaster ride. We see the Pogues search North Carolina’s Outer Banks high and low for a ship that sunk with millions of dollars of gold on board. As the finale draws near, they locate the treasure at long last, only to have it stolen by Ward, Sarah’s father. On top of stealing the loot, Ward frames John B for the murder of Sheriff Peterkin (Adina Porter), which drives Sarah and John B to flee from the cops in a boat that capsizes during a tropical storm. Luckily, they get rescued by another boat, while everyone presumes they are dead. In the final moments of season 1, we see the star-crossed lovers on their way back to the Bahamas to take back what was stolen from them.

Season 2 will pick up from the finale of season 1. John B and Sarah will be on their way to claim what’s theirs and clear John B’s name. We might see Kie, JJ, and Pope dealing with the consequences of the SBI escape and John B and Sarah’s supposed deaths. Ward might face karma in the form of the SBI and local police discovering that he is the one behind the death of John B’s father. Speaking with EW, series creator Jonas Pate expressed that season 1 ending was a set up for season 2 to kick off in a new location.

“We’ll definitely have at least a part of Season 2 that’ll take place in the Bahamas,” he said. Adding, “But it’ll all come back to the Outer Banks because that’s our spiritual home. So we’ll get back to the Outer Banks pretty quickly.” He also teased some new plots on the horizon during the same interview, saying, “There will definitely be some new mysteries and some new ideas. It all comes off the same spine of the same story but it branches out in ways that hopefully the audience won’t see coming.”

Season 2 is also expected to explore the different paths taken by the Kooks, as season 1 shows Rafe (Drew Starkey) doubling down on his dark ways while Sarah’s ex, Topper (Austin North), attempts to get some redemption for himself. “We want to continue to develop Rafe’s pathology as he starts to come apart after having murdered Peterkin in Season 1. So he’ll play a big part in Season 2, for sure,” Pate explained. “And we love Austin North, we really love the performance that he gave as Topper, so he’s going to play a pretty big role as well. But a big debate will be whether he does the right thing or the class thing, so that’ll be an ongoing storyline in Season 2 too.”