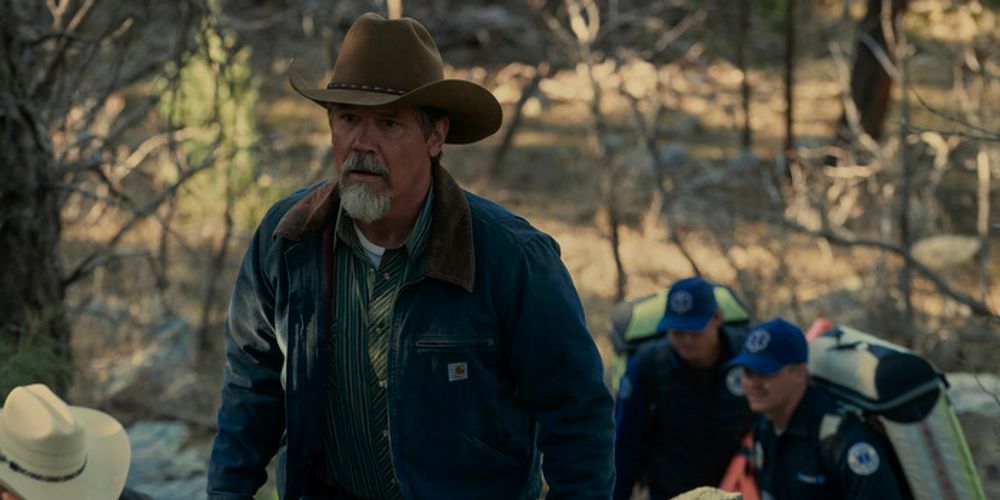 Created by Brian Watkins, ‘Outer Range‘ tells the story of the Abbott family, led by patriarch Royal Abbott. The series blends science fiction and Western elements into its mystery-filled narrative to craft a compelling tale of family and secrets. The first season revolves around Royal and his family dealing with the presence of a mysterious black void on their land while fighting to keep hold of their ranch in Wyoming.

Originally premiered in April 2022, the series has received positive reviews from critics and has developed a solid fan base who wish to see the show continue beyond its solitary edition. Moreover, with the first season leaving us with several unanswered questions, viewers must be wondering whether a follow-up installment will provide the storyline with a firm resolution. If you are looking for news about ‘Outer Range’ season 2, here is everything you need to know!

As for the show’s sophomore season, here is what we can tell you. Amazon Prime Video has not renewed the series for a second season just yet but hasn’t officially canceled it either. In addition, series creator Brian Watkins and the show’s creative team have remained quiet on the possibility of a second season. Nonetheless, if the series meets the expectations of the streaming service in terms of its performance, a follow-up installment could be greenlit in the coming months.

Moreover, the cliffhanger ending of the first season suggests that there is certainly more to the narrative. Hence, fans should hold on to the hope of seeing a new season materializing. If the streamer orders the second installment by the end of Summer 2022, production will likely commence before the year’s end. Hence, viewers can expect to see ‘Outer Range’ season 2 to release sometime in Q3 of 2023 or later.

Outer Range Season 2 Cast: Who can be in it?

‘Outer Range’ stars Josh Brolin and Lili Taylor as Royal and Cecilia Abbott, the heads of the Abbott family. Tom Pelphrey and Lewis Pullman play Royal and Cecilia’s sons, Perry and Rhett Abbott, while Olive Abercrombie essays the role of the granddaughter, Amy. Will Patton plays Wayne Tillerson, the neighbor of the Abbotts, while Matt Lauria, Shaun Sipos, and Noah Reid appear as his sons, Trevor, Luke, and Billy. Imogen Poots plays Autumn, a mysterious woman with a connection to the Abbotts, while Tamara Podemski portrays Deputy Sheriff Joy. Additionally, Isabel Arraiza and Deirdre O’Connell appear as Maria Olivares and Patricia Tillerson.

We expect most of the main cast members to reprise their roles for the prospective second season. However, Lauria and Reid are unlikely to appear, given their characters’ deaths in the first season. Matthew Maher (Deputy Matt), MorningStar Angeline (Martha Hawk), and Hank Rogerson (Kirkland Miller), who appear in a recurring capacity during the first season, may return for season 2 if the show is greenlit. We may see more of Kristen Connolly in the prospective new installment if Rebecca’s character is given more attention. Also, seeing several new faces is a strong possibility.

Outer Range Season 2 Plot: What can it be about?

‘Outer Range’ season 1 deals with Royal Abbott discovering a strange black hole on his property. While trying to uncover its true nature, Royal struggles to protect his family and their shameful secrets. Meanwhile, Abbotts’ neighbor, Wayne Tillerson, and his sons plan to take over the family’s land. In the end, viewers learn about Royal’s past and his secret connection to Autumn.

A potential second season could pick up after the shocking season 1 finale as Royal resolves to reunite his family. We could learn more about Perry’s time in the black void and Amy’s transformation into Autumn. The second season might also shed light on Rebecca’s disappearance and Rhett’s desire to leave his family’s ranch. More will likely be revealed about the mineral on the Abbotts’ land and its connection to the black void, provided the series returns with a new installment.