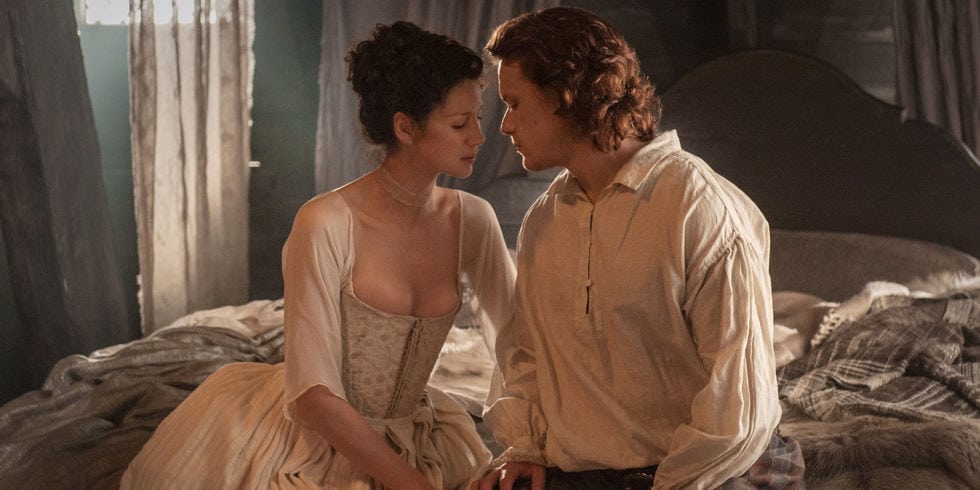 Based on Diana Gabaldon’s bestselling historical time travel book series, ‘Outlander’ is a show by Starz that has been hugely successful in creating its own, dedicated fan base. Beautiful sets bring the show’s historical settings to life, while great costume design ensures that the characters fit in seamlessly into each period.

Season 1 of ‘Outlander’, consisting of 16 episodes, premiered on August 9, 2014, and was based on the first book of Gabaldon’s novel series – Outlander (1991). Subsequent seasons adapted other books from the series chronologically, with Seasons 2, 3, and 4 adapting Dragonfly in Amber (1992), Voyager (1993), and Drums of Autumn (1996) respectively.

Ever since Season 1 premiered, ‘Outlander’ has been a favorite among television critics and audiences alike, both for its brilliant adaptation of the books, and for the powerful performances delivered by its cast. With Season 1 having received praise from all corners, Starz released Season 2 on April 9, 2016. When Season 2 also got widespread praise, Starz renewed the show for its third and fourth seasons, which premiered on September 10, 2017, and November 4, 2018, respectively. Now, to the delight of fans and critics, Starz has announced that ‘Outlander’ will make a comeback, not just for a fifth season, but also for a sixth season. Once can only hope that the show runners do not compromise on the quality that the show has come to be associated with.

Outlander Cast: Who is in it?

Despite the show having run for four seasons, the two main characters in the show remain unchanged. Caitriona Balfe brilliantly portrays the main protagonist, Claire Randall, while Sam Heughan plays the role of her lover and husband, Jamie Fraser.

As it stands, writers of the show has gone back to writing new episodes, and it is expected that most of the current cast members will be making a return in Season 5. Owing to the fact that Season 6 is quite some time away, we can’t be sure who all will return for it before watching what unfolds in Season 5.

Outlander Plot: What is it about?

For those who have not followed the series or read the books, here’s a basic rundown of what the show is all about.

In Season 1, former World War II combat nurse Claire Randall, while visiting Inverness in Scotland with her husband Frank, witnesses a life changing event after she is transported back in time, from 1946 to 18th century England. Caught between the rebel Scottish Highlanders and the English Redcoats, Claire is forced to pick a side. She makes her choice and ends up marrying a Highlander, Jamie Fraser, out of necessity. However, the two fall in love and get drowned in the tides of history. The subsequent seasons see Jamie and Claire navigate their way through 18th century politics and war, while Claire makes certain visits to the modern era, courtesy time travel.

After exhilarating yet tragic adventures, Season 4 finds the protagonist couple stranded in America, as they try to find a way to return to Scotland. Claire’s life is complicated by the existence of her parallel life in 20th century England – a result of the myriad complications of time travel.

“We’re already back in the writers’ room. The writers are actually working not as we speak, hopefully, they’re on the weekend. But we are already working on season five,” executive producer Maril Davis had said recently, commenting on the development of the show’s future seasons.

Outlander Season 5 Release Date: When will it premiere?

‘Outlander’ season 4 premiered on November 4, 2018, and saw its finale being aired on January 27, 2019. While Seasons 5 and 6 have been confirmed for a while now, there is very little we know about them, save for fans’ speculation of what the plot might entail. Apart from knowing which books they are likely to be adapted from, we also know that Seasons 5 and 6 will consist of 12 episodes each. Beyond that, the show’s creators and writers have shared very little information. However, it should be mentioned that the show’s cast members have expressed their excitement about the two seasons that are slated to air.

That said, in August, 2019, show’s official twitter page revealed that Outlander Season 5 will release on February 16, 2020. Don’t forget to mark your calendars.

While we wait for Outlander Season 5, check out the season 4 trailer to refresh your memories. If you haven’t seen the show yet head over to Starz to catch all the episodes of the previous seasons.