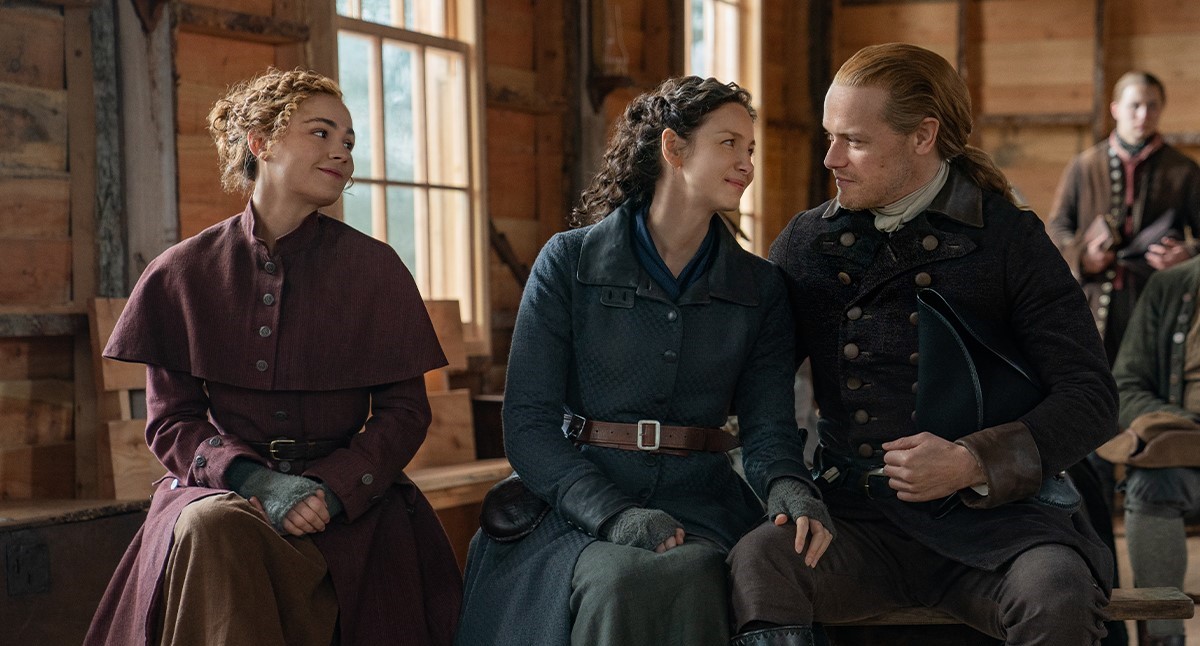 Based on the bestselling novel series by Diana Gabaldon, ‘Outlander’ by Starz is a period drama that follows the journey of World War 2 nurse Claire Beauchamp as she travels backward in time, rediscovering love, loss, and history. Developed by Ronald D. Moore, the show is known for its intense narrative, passionate characters, compelling performances, and scenic backdrops. All in all, ‘Outlander’ provides a fascinating exploration of Scottish, English, and American history and culture.

Since the show first graced screens on August 9, 2014, ‘Outlander’ has acquired a massive cult-like following. Five seasons and a horde of emotions later, fans await just as eagerly as ever to witness the fate of the Frasers. With the ending of season 5 indicating that ominous circumstances are on their way, season 6 has inevitably become the talk of the town. Here’s everything we know about ‘Outlander’ season 6!

As for another season of the show, we have good news! Starz renewed ‘Outlander’ for season 6 on May 9, 2018. The sixth season will have eight episodes and a 90-minute long season premiere. Filming began in February 2021 and wrapped up by June 2021. All official information, post-production, and pandemic-related delays considered, the sixth season will be out sooner than you thought it would. On June 1, 2021, i.e., on World Outlander Day, the network officially announced that ‘Outlander’ season 6 is set to grace our screens sometime in Q1 2022.

Well, it doesn’t end there! There’s more exciting news for fans of the show. Due to the massive popularity of the show, Starz recommissioned the series for the seventh season on March 14, 2021. The network announced in June 2021 that the seventh installment would be an extended 16-episode season, compensating for the shortened run of season 6. Considering that viewers are craving ‘Outlander’ content and Gabaldon is still writing the book series, we can easily expect to see more of ‘Outlander’ in the future.

A new clan – The Christies – is set to enter the world of the Frasers. A host of new cast members have thus been added to the original lineup. Get ready to see Mark Lewis-Jones as the patriarch Tom Christie, Alexander Vlahos as the son, Allan Christie, and Jessica Reynolds as Malva Christie, the daughter.

On the other hand, Ned Dennehy will not return as the villainous Lionel Brown as his character’s arc concludes in season 5 after his death. Duncan Lacroix will not be returning either, as his character, Murtagh Fitzgibbons Fraser, too, meets a tragic fate in season 5.

Outlander Season 6 Plot: What can it be About?

The fifth season follows the ups and (mostly) downs of the Frasers at their home base, Fraser’s Ridge. The harrowing Battle of Alamance leaves Jamie and Roger traumatized, and Murtagh dead. Claire daringly provides medical assistance to the commonfolk using a pseudonym, getting horrifically punished for it by Lionel Brown and his men. On a positive note, Brianna and Roger marry, Lionel Brown eventually meets his end, and Claire and Jamie reunite.

Season 6 will be based on Gabaldon’s sixth book in the series, ‘A Breath of Snow and Ashes.’ It will most likely borrow some elements from book seven, ‘An Echo in the Bone.’ “Season six brings us closer to the Revolutionary War, and Jamie and Claire will encounter a new group of settlers in and around Fraser’s Ridge,” said showrunner/writer Matthew B. Roberts. Thus, we can expect season 6 to cover the Frasers’ journey through the most monumental and turbulent historical events in America’s history.

On the other hand, the Christie clan will also make their presence known in the seventh season. There’s also the possibility that other time travelers will initiate contact. We also expect to see Richard Brown take revenge for his brother Lionel’s death. Additionally, as per the show’s Executive Producer, Maril Davis, fans can get ready for “something fun and new” to happen to newlyweds and longtime lovers Brianna and Roger.