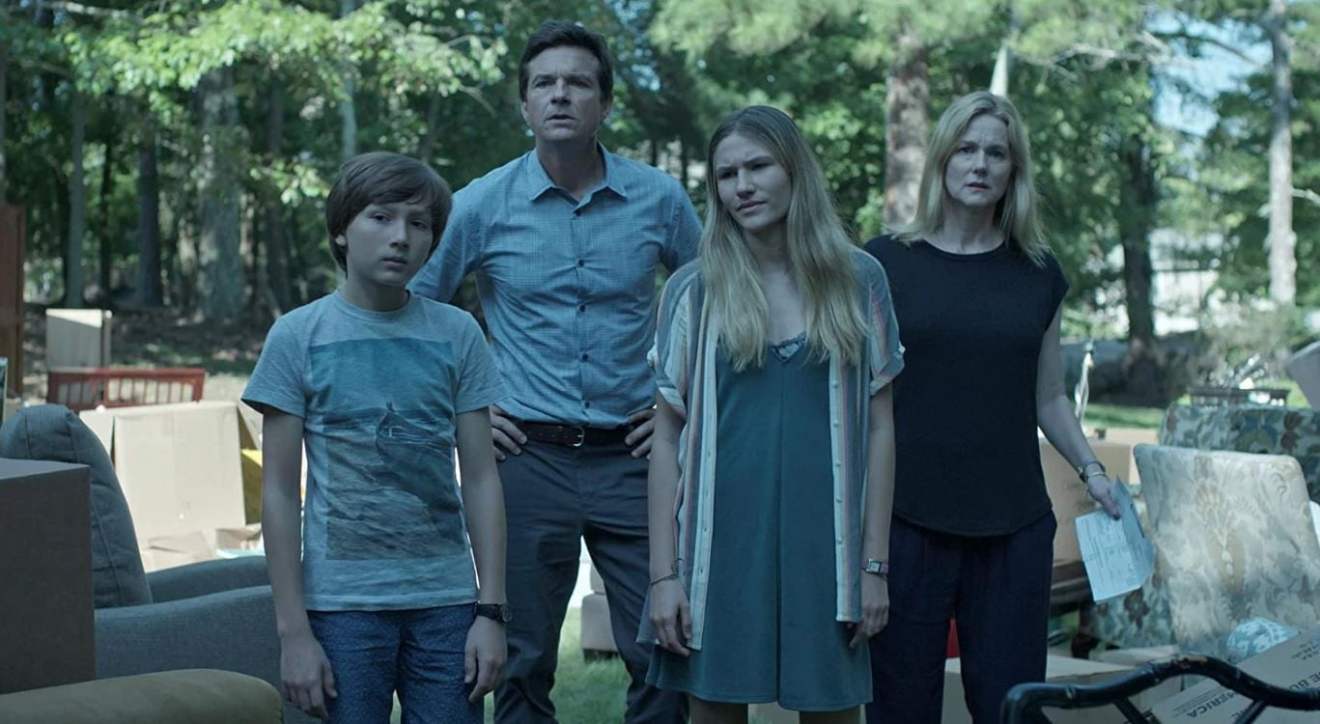 Set in central Missouri, ‘Ozark’ is a crime series on Netflix. It follows Martin “Marty” Byrde, the financial advisor of a Mexican drug cartel, who relocates from Chicago with his family to set up a money-laundering operation in the region of Lake of the Ozarks. After a failed scheme, he intends to make amends with his relocation, but only to step into more chaos that involves the mafia tycoons and local crime families.

Created by Bill Dubuque and Mark Williams, the show first premiered on July 21, 2017. It has received immense acclaim from both critics and audiences. Over the three seasons, the show has succeeded in being identified as one of the quality crime series of its time with its complex narrative and incredible performances. As the new installment is gearing up for more tumultuous affairs for the Byrdes, here’s everything we know about ‘Ozark’ season 4!

On June 30, 2020, Netflix announced the renewal of ‘Ozark’ for a fourth and final season. After the astounding finale of season 3, fans have been anxiously waiting for season 4 to settle the questions regarding Marty and Wendy’s future. On that note, let us share that the wait is seeing its end soon, as ‘Ozark’ season 4 part 1 is set to premiere on January 21, 2022, at 3 am ET on Netflix.

The upcoming edition is set to arrive in a supersized 14-episode structure in two parts of seven episodes each. Since season 4 will mark the conclusion of the show, the predicaments of the Byrdes will be portrayed with time and detail in the ultimate season. The filming for the fourth installment reportedly began on November 9, 2020, and concluded on October 8, 2021. Even though updates regarding part 2 of season 4 are yet to come, fans can gear up for their favorite show to return soon.

The new season will see some new faces. Alfonso Herrera will be playing Javi Elizonndro, a member of the Navarro cartel. At the same time, Adam Rothenberg has joined in to essay the role of Mel Sattem, a resilient private investigator. In addition, Bruno Bichir will feature as Navarro’s priest, while CC Castillo will appear as Sheriff Leigh Guerrero.

Katrina Lenk has joined the cast to play Clare Shaw, the CEO of a top biopharmaceutical firm. Bruce Davison (Randall Schafer), Eric Ladin (Kerry), Veronica Falcón (Camila), and Ali Stroker (Charles-Ann) have also been roped in for the show’s fourth run. We may see the celebrated rapper Killer Mike in a cameo in season 4. However, there may be some omissions from the cast lineup. Janet McTeer (Helen Pierce), Tom Pelphrey (Ben Davis), and Marylouise Burke (Sue Shelby) may not return as their respective characters are killed in the third season.

In the season 3 finale, Helen approaches Navarro suggesting that she would like to take over the business affairs from Marty and Wendy. After the arguments with Wendy over Ben’s death, Ruth quits working for Marty and joins Darlene. When Jonah confronts Helen regarding Ben, he gets to know more about his parents. Later, Helen joins Marty and Wendy to attend Navarro’s son’s second baptism, only to get killed there. With a hug, Navarro promises more cooperation with the Byrdes.

The fourth season of ‘Ozark’ is expected to begin with things as they stand after the shocking season 3 finale. With Navarro on Byrdes’ side, they may see progress in their business, but the threat from Ruth will remain to be a problem. Marty and Wendy may have a hard time with their son Jonah if he joins the pieces of the puzzle and figures out that Wendy was involved in Ben’s death.

While speaking at a pre-recorded PaleyFest LA session, showrunner Chris Mundy revealed what to expect from the fourth season. “You’re going to learn what they [Byrdes] want their end game to be, and they’re going to have to reckon with it a little bit,” Mundy told fans. “If they’re [Marty and Wendy] trying to look to see if there’s an out, they’ve got to figure out if that’s what they want, and if so, what’s the version of it that they want. Then reckoning with that after so much chaos — that’s going to bubbling under the surface,” he explained further.

Therefore, no matter what direction Marty and Wendy choose with their increased power, we can expect a gripping showdown for the Byrdes. With everything to gain and everything to lose, we may see the couple on a gritty ride with their fate in the upcoming iteration of the series. As you wait for season 4 to premiere, here is a peek at what is to come!