Where To Stream ‘Pain And Glory’? 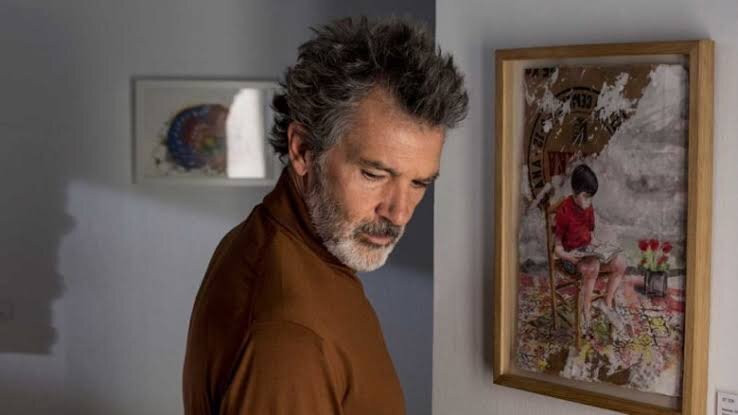 Pedro Almodovar is one of the most well-regarded filmmakers working today. The Spanish director has given us some outstanding movies over the years like ‘Broken Embraces’, ‘All About My Mother’, ‘Talk To Her’, and others. His 2019 film ‘Pain And Glory’, which premiered at the Cannes Film Festival, easily ranks among the best films in 2019.

Antonio Banderas even grabbed the Best Actor Award at Cannes for his performance in the film. Besides Banderas, the film also stars Penelope Cruz, the actress who has collaborated on multiple films with Almodovar. You must be eager to know where you can stream ‘Pain And Glory’, and we are here to tell you just that. But before we do so, let us walk you through what ‘Pain And Glory’ is actually about.

What Is Pain And Glory About?

The story of  ‘Pain And Glory’ centers around a middle-aged filmmaker called Salvador Mallo. We follow his life through his own eyes and see him growing up in the 1960s, falling in love in the 1980s, his struggles to write and make the movies he wants to, and so on. The film also focuses on the creative process of this artist as he takes inspiration from his own life and uses it in his art. ‘Pain And Glory’ is greatly inspired by Almodovar’s own life and his struggles as an artist.

Is Pain And Glory On Netflix?

Netflix is the most widely-used online streaming platform in the world, and this has happened because of its brilliant oeuvre of original content along with the constantly updated collection of films and TV shows sourced from around the world. Although ‘Pain And Glory’ is not available for streaming on Netflix at the moment, you can check out similar films like ‘Marriage Story‘, ‘Her‘, ‘A Separation‘, and others on the platform.

Is Pain And Glory On Hulu?

Hulu ranks among the finest streaming platforms in the world because of its highly curated collection of movies and TV shows. Considering the fact that ‘Pain And Glory’ is still running in theaters, there is no chance of streaming the film on Hulu. If you wish to check out some drama films on the platform, you can opt for ‘Almost Famous‘, ‘I, Tonya‘, ‘Captain Fantastic‘, and others.

Is Pain And Glory On Amazon Prime?

After Netflix, Amazon Prime is the most popular streaming service in the world. Amazon’s original productions from all over the world have helped the platform gain an international subscriber-base. Moreover, the platform also boasts of a brilliant collection of films and TV shows which it sources from around the world.

Despite ‘Pain And Glory’ not being available on the platform at the moment, it does boast of a solid collection of similar films like ‘Lady Bird‘, ‘Manchester By The Sea‘, or ‘The Kid‘.

Where Can I Stream Pain And Glory Online?

‘Pain And Glory’ is a film by one of the greatest auteurs working today, and considering the fact that it is still running in theaters, there is no chance for you to be able to watch the film online at the moment. Films such as these show us the power of the art form unlike any other, and it is a film lover’s duty to encourage such interesting approaches in filmmaking by watching the movie in the theaters and paying for the same.

Is Pain And Glory Out On DVD And BluRay?

‘Pain And Glory’ is not yet out on DVD and BluRay, but will release on January 21, 2020. If you don’t want to wait that long, it is totally understandable. You can preorder your copy here.

Where Can I Stream Pain And Glory For Free?

Sorry freeloaders, there is no way of watching ‘Pain And Glory’ for free at the moment. You can either check out the film at a theater or pre-order your DVD or BluRay.