Will There be a Pandemic Legacy Season 3? 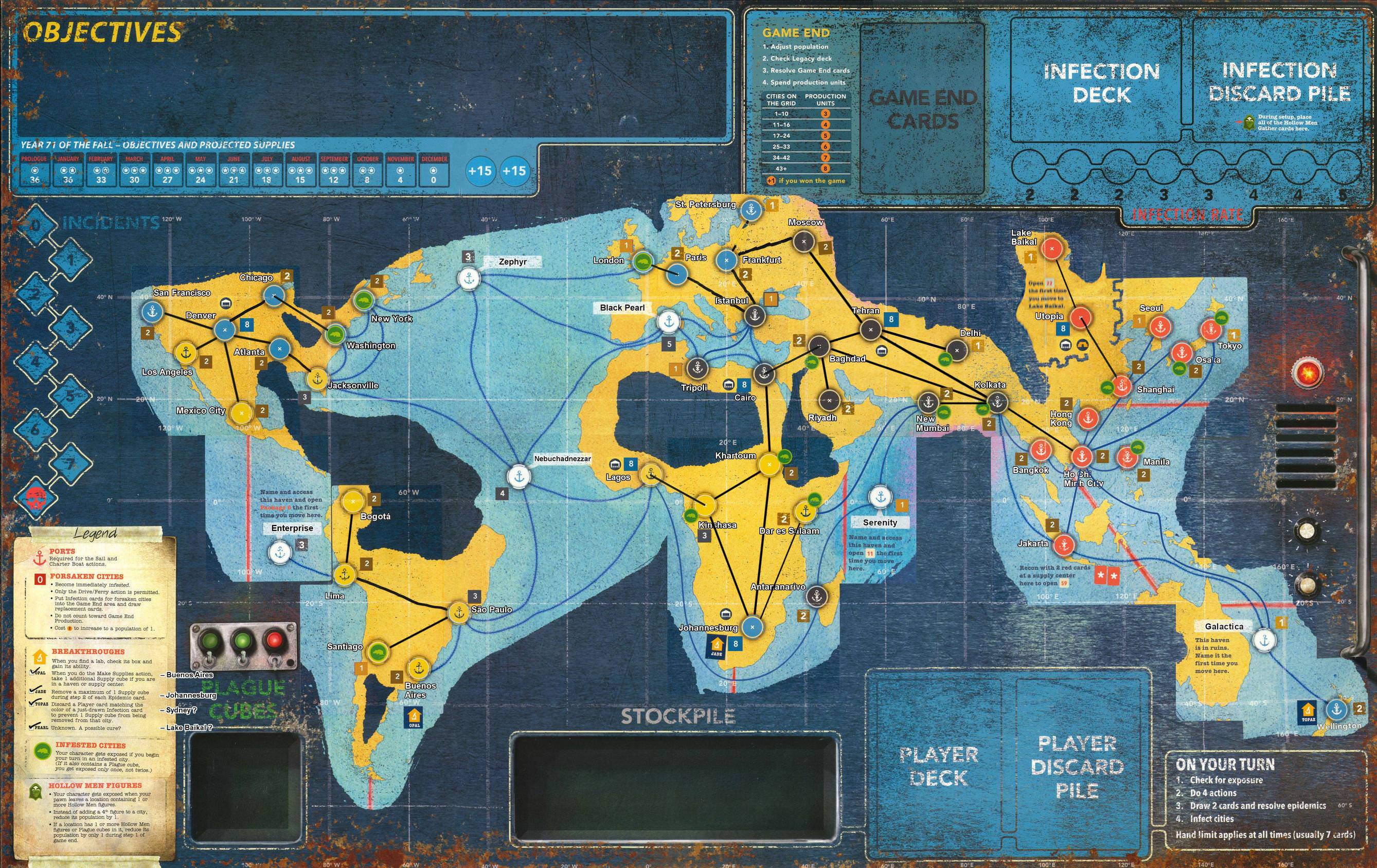 Yes, it is true that video games have taken over the world completely and are releasing products every year which are no less than technological marvels. Games like ‘Red Dead Redemption 2’ and others are really pushing the boundaries of what is possible in a virtual world. However, that does not mean that board games are a dying breed. There are board games being made today which constantly challenge our intellectual and comprehensive capacities while helping us bond with friends and family in the process.

Co-operative board games have an interesting concept around them, which, unlike most other games, are not competitive, and instead focus on how the participants can co-operate among themselves and achieve a certain goal. One co-operative board game which has caused quite the stir in this decade is the ‘Pandemic’ series of games designed by Matt Leacock and published by Z-Man Games.

‘Pandemic’ is a game that can be played by two to four players and involves a situation where they have to work together and discover the cure for four different diseases that have spread throughout the world. Season 1 of this game released in 2015 and quickly became a sensation among board game enthusiasts. Its success continued with Season 2, and now the fans are eagerly awaiting the third installment of the game. Will their wishes be finally answered? Will There be a Pandemic Legacy Season 3?

What is Pandemic Legacy About?

Imagine a situation where a breakout of four different diseases has caused a worldwide emergency as people are dying by the hundreds every day. This is the premise on which ‘Pandemic Legacy Season 1’ is built. Let us imagine that the game is being played by four different players. Each of them can choose from six possible roles- dispatcher, medic, scientist, researcher, operations expert, or quarantine specialist. There are 48 different cities throughout the world where the diseases have spread, all of them being represented on the board. Each player has a pawn for himself, there are four different cubes representing the four different diseases that have spread, six Research Stations, and two decks of cards which are either the Player Cards or the Infection cards. The objective is to reduce the number of cubes on the board using the tools at hand.

There have been many spinoff versions of the game where new roles for the players or special events have been added, but the basic objective remains the same. What the game developers have been impressive about while coming up with Season 2 is the fact that they have built upon the storyline of the game instead of just reimagining the original game differently. Season 2 begins around 70 years after Season 1’s story ends, being set in a time when the four diseases have already taken over the world. The four cubes which were representing the diseases in Season 1 take on a different meaning in Season 2 — they now represent supplies — and if the supplies start coming down, the chances of the diseases spreading naturally increases.

Pandemic Legacy Season 3 Release Date: When is it Coming Out?

Now, coming down to the question we all want answers to. Even though there has no official confirmation yet, but still chances of ‘Pandemic Legacy’ season 3 coming out in 2019 itself or latest by 2020 is very high. Rob Daviau, one of the co-creators of the series, has said that they had no initial plan of coming out with a second season of the game itself until the publishers, Z-Man, pitched them the idea. Daviau and Matt Leacock have both insisted that they plan to wrap up the ‘Pandemic’ storyline after three games. Daviau also revealed that their focus is going to be how to tell a good story. He insisted, “Getting it all to come together in the third pieces (is) where we’ve found constraints. They’re not big constraints. At the end of the day, it is plastic pieces on a board. But we’re trying to tell a story.”

Considering the fact that Season 1 was released in 2015 and Season 2 saw the light of the day in 2017, it is more than likely that ‘Pandemic Season 3’ can release sometime in November or December 2019. If gets a little delayed, then it could take up to first quarter of 2020. However, it must be noted that neither the publishers nor the developers have released any concrete release date as of yet. We shall update this section as soon as any news comes our way.