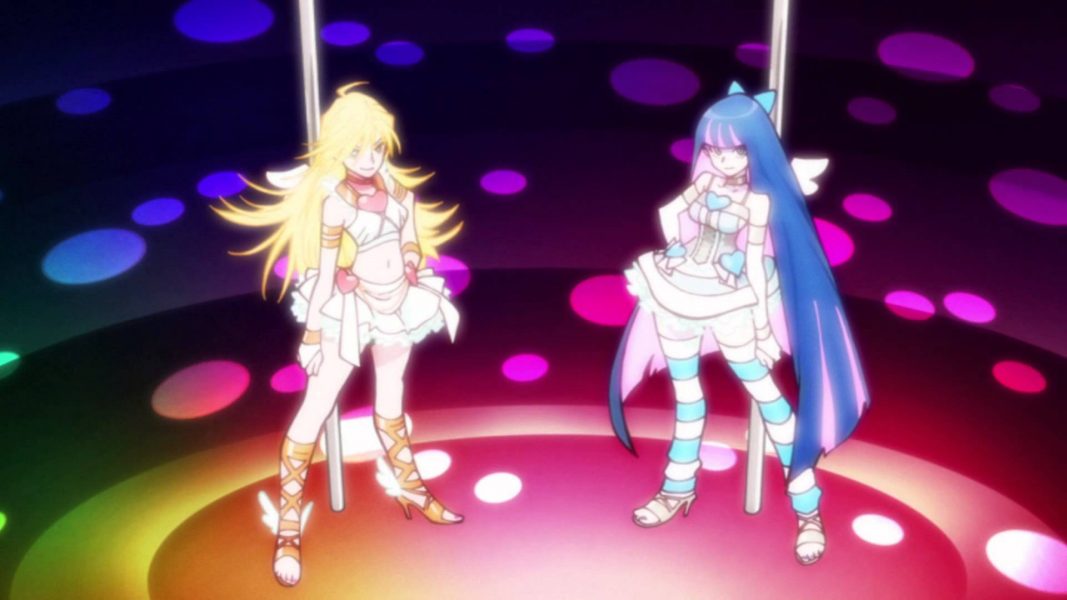 Panty & Stocking with Garterbelt (also known as Panti ando Sutokkingu wizu Gātāberuto in Japanese) is a Japanese anime television series by Gainax studio which has a series of tie-in media developed around it. A pretty old show, Season 1 of Panty & Stocking with Garterbelt premiered on October 2, 2010. Meanwhile, a manga adaptation of the series was serialized in the Young Ace manga magazine in Japan between August 4, 2010 and June 4, 2011, following which it was compiled in a single tankōbon volume and published. The manga series was also adapted into English by Dark Horse Comics and published on May 28, 2015.

With the anime show and the manga adaptation having made a name for itself, Panty & Stocking with Garterbelt saw a special episode called Panty & Stocking in Sanitarybox being released on April 28, 2011. While fans of the show have long been demanding a second season, we’re yet to hear anything about Season 2. Here’s everything we know about the prospects of Season 2 thus far.

Panty & Stocking with Garterbelt Season 2 Release Date: When will it premiere?

Panty & Stocking with Garterbelt season 1 premiered on October 2, 2010, and was followed by the release of the special episode on April 28, 2011. Although it has been a decade since then, there seems to be no news about a second season.

Considering the fact that most anime shows are renewed within a period of five years, this is indeed disheartening, and there’s a strong possibility of the show being canceled. However, nothing can be said for certain until there’s official confirmation. Our best guess is that in the unlikely scenario of the anime getting renewed, Panty & Stocking with Garterbelt season 2 release date could be sometime in 2021. We will update this section as soon as we hear more.

The English dub for ‘Panty & Stocking with Garterbelt’ is available on Funimation, Amazon Prime, and AnimeLab.

While the show does have a rather lewd name, it isn’t about panties and stockings per se. Instead, it revolves around the Anarchy sisters, Panty and Stocking, who are angels who have been expelled from Heaven owing to the immoral behaviour. Following their expulsion, the two sisters are sent to Daten City, which is located on the border between Heaven and Hell.

When Panty and Stocking arrive at Daten City, they find the city reeling under the onslaught of evil spirits, referred to simply as “Ghosts”. Determined to find their place in Heaven again, the sisters take refuge under their preacher-man boss, reverend Garterbelt, and decide to use their powers to exterminate the Ghosts to win favours in Heaven. However, their method for exterminating these Ghosts is a rather unorthodox one, and the sisters transform their lingerie into weapons to fight the evil spirits.

While this all sounds like a perfect way to win favour back in Heaven, the only problem is the fact that neither Panty nor Stocking take their duties seriously. Instead, the sisters spend much of their time in Daten City in pursuit of their “hobbies”, which involve Panty sleeping with anyone she can find and Stocking stuffing her mouth full of sweets at every opportunity she gets.

In this backdrop, the show follows the exploits of the Anarchy sisters as they try to carve out a life of sin in Daten City while occasionally fighting evil spirits.

Like most anime shows, Panty & Stocking with Garterbelt has dozens of characters, and below, we’ve provided you with brief backgrounds of each of the heroes.

Panty: One of the main protagonists of the show, Panty is an angel with blond hair and pale skin whose favourite activity is finding men to sleep with. Despite being expelled from Heaven and sent to Daten City, Panty shows no remorse and continues to try and fulfill her personal goal of sleeping with 1,000 different men. Not the most pleasant of angels, Panty is usually aggressive and rude to people around her, be it her own sister, reverend Garterbelt, or the men she sleeps around with. Panty is also shown to be fond of the celebrity lifestyle, and often basks in the glory of being an Anarchy sister. Yet, despite all these flaws, Panty occasionally shows quite a lot of affection for Stocking, and tries to do what she feels is in the best interest of her sister. As far as Panty’s powers are concerned, she has the power to transform her panties into a pistol called Backlace. Occasionally, she can also be seen to be weaponizing Stocking’s panties so that she can use two Backlaces. Interestingly, Panty also has the power to transform men’s underwear into weapons, but the size and power of these weapons depend on the size of the original wearer’s penis.

Stocking: The second main protagonist of the show, Stocking is an angel with pale skin and pink and violet hair and a seemingly never-ending appetite for sugary foods. Despite her gluttony, Stocking does not seem to gain weight, and says that the fat from the sugary foods she eats goes to her breasts. While Stocking appears to be more level-headed and courteous than Panty, he can be equally unpleasant if and when she wants to be. As for her sexual appetite, Stocking seems to be less interested in sex than Panty is, and instead is prone to more masochism, engaging in activities like bondage and electrocution. As far as Stocking’s powers are concerned, she can transform her stockings into a pair of katanas called Stripe I and Stripe II.

Garterbelt: A reverend of Daten City, Garterbelt is a large black man with an afro who serves as the guardian of the Anarchy sisters. Most of the time, he can be seen relaying mission briefings from Heaven to Panty and Stocking, and he is constantly annoyed and fed up with the sisters’ erratic and self-indulgent behaviour. While Garterbelt spends much of his time and energy trying to maintain order in Daten City, he also displays a sexual interest in younger males, and practices bondage. Despite being a reverend and a servant of Heaven, we learn that Garterbelt has a dark past, having committed heinous crimes like robbery, prostitution, selling drugs, and murder in his youth. When Garterbelt is gunned down during one of his criminal outings, God gives him a second shot at life and tasks him with finding the kin of Hell’s Monkey, who holds the key to Hell’s Gate. However, when Garterbelt refuses, God curses him with immortality and sends him to live in Daten City, where he is forbidden from dying until he fulfills his task.

Chuck: Although not a main character in the show, Chuck is pretty important insofar as he is Panty and Stocking’s Ghost-hunting sidekick. A green, dog-like creature with zippers on his body, Chuck is often at the receiving end of abuse from the Anarchy sisters, and is primarily used as a messenger by Heaven. However, in combat, Chuck can prove to be quite useful, and can transform himself into a massive horned beast when he turns himself inside out.

Brief: Another important supporting character in the show, Brief is a self-proclaimed Ghost hunter with an unnatural interest in science fiction and the supernatural. Also called “Geekboy” by the Anarchy sisters, Brief tries to act as the voice of reason for the Anarchy sisters, but his efforts to try and get them to control their erratic behaviour are mostly in vain. Brief also has a crush on Panty, who does not seem to care about him. Most of the time, Brief can be seen carrying his backpack, which has the ability to detect Ghosts and blow smokescreens when needed. Later in the show, it is revealed that Brief is the kin of the Hell’s Monkey, and his penis is the key to Hell’s Gates.