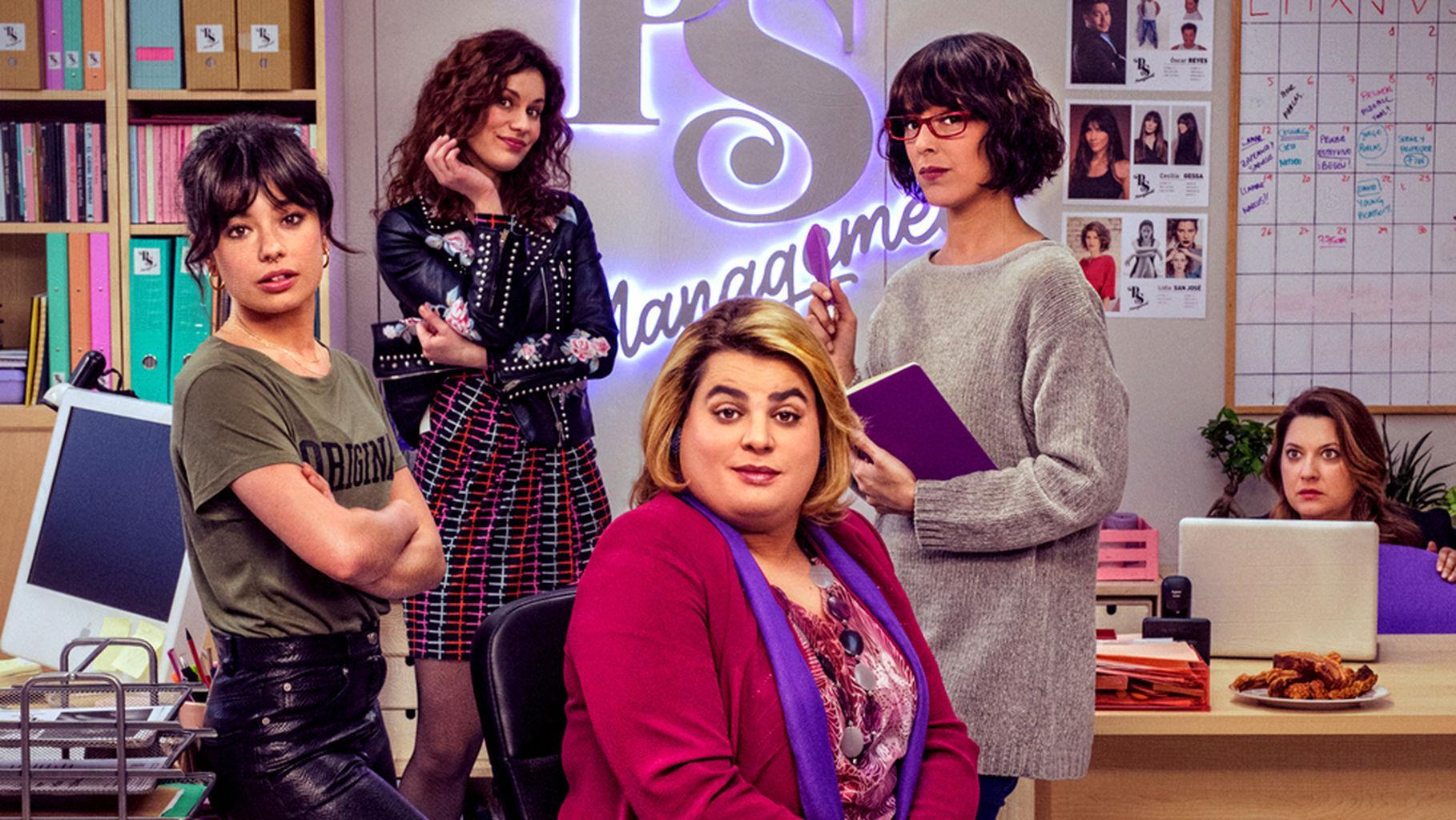 ‘Paquita Salas’ is a Spanish drama created and directed by Javier Calvo and Javier Ambrossi. It first debuted on Flooxer in July 2016 and was then picked up by the TV channel Neox. Later it was acquired by Netflix, in order to make it available for international viewing. It is produced by Apache Films for Netflix.

The Spanish series revolves around the eponymous character, Paquita Salas, who is facing a difficult time in running her talent agency, named PS Management — the reason being her outdated professional style. To add to her woes, her most famous client abandons her. In order to stay afloat, she, her trusted assistant Magüi and office handyman Alex, embark on a quest to search for fresh, upcoming talents.

Paquita Salas Cast: Who is in it?

‘Paquita Salas’ is led by Brays Efe, who enacts the gender-breaking role of the titular character. An actor and writer, Efe is best known for his performances in ‘La Mesa Baila’ and ‘Orígenes Secretos’. Belén Cuesta enacts the character of Magüi Moreno; Anna Castillo stars as Belén de Lucas; Lidia San José as Lidia; Álex de Lucas as Alex; and Yolanda Ramos as Noemí Argüelles.

Paquita Salas Plot: What is it about?

The premise of ‘Paquita Salas’ begins with Paquita, who is somehow running her down-on-luck talent agency. Her world comes crashing down when her most dependable and popular Spanish actress unexpectedly abandons her. Now, with an aim to keep her business afloat, she teams up with her inseparable assistant Magüi and delivery boy Álex, to desperately discover new talent.

By the end of season 2, we see that Paquita closes off her shop when her quest to gain fresh talents miserably fails. In season 3, she decides to relaunch her venture by launching a more modest agency. Back in the limelight, Paquita has to again face multiple challenges, including facing a competitive world, packed with influencers, and makers of short films. As she embarks on this difficult path, she and her team realize how hard it is to reinvent themselves. As per Paquita herself: “Darlings, the bravest bull is back in the bullring. I’ve had it up to here with a calmed life, I like trouble. I will shake the business, ‘La Paca’ is going for all.’’

‘Paquita Salas’ is filmed in a false documentary style and is a humorous series, which introduces us to many memorable characters. There are also several unpredictable cameos that keep the viewers interested. Moreover, as the episodes unravel, we get a real-time view into the world of Spanish cinema and TV. It is a show primarily aimed toward connecting the millennials generation with the 80s. We also get to witness several cameos of famous Spanish actors and actresses, including Ana Obregon, Antonio Resines, Macarena García, Verónica Echegui, Sandra Cervera, Ignatius Farray, Sandra Escacena, Andrés Pajares, and Beatriz Luengo. A mix of tragedy and comedy, ‘Paquita Salas’ explores how the protagonist often has to face multiple sorrows and resign to her fate. But ultimately, in her own comic style, she also takes them on the face, in the best possible manner.

Paquita Salas Season 4 Release Date: When will it premiere?

‘Paquita Salas’ Season 3 premiered on Netflix on June 28, 2018. The season comprised of six episodes and featured all of the main cast returning to the show, namely Brays Efe, Belén Cuesta, Lidia San José, Anna Castillo, along with a set of fresh faces and surprising star cameos.

Now, the question on your mind is whether ‘Paquita Salas’ will get renewed? Netflix has not made any official announcement yet. But considering its history, which has been branded as ‘unexpectedly successful’, and its approval rating (7.5+ on IMDb), we would not be surprised if it gets commissioned for yet another season. And if that happens, we expect ‘Paquita Salas’ Season 4 to release sometime in June, 2020. We shall update this section with more concrete news as and when we learn more.

Head over to Netflix to watch the trailer and catch up on all its previous episodes.