When Does Patriot Act With Hasan Minhaj Season 6 Release? 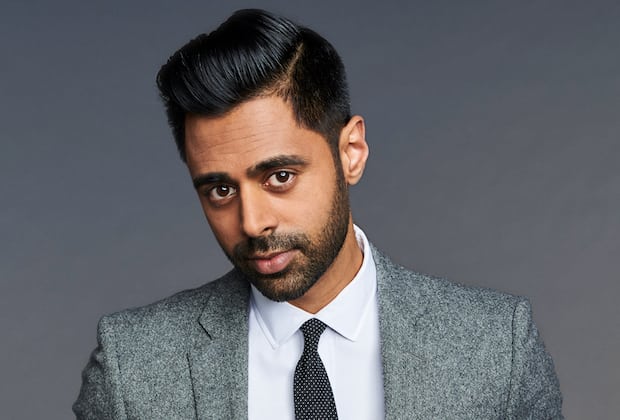 ‘Patriot Act with Hasan Minhaj’ is a variety talk show that airs on Netflix. Created by Hasan Minhaj and Prashanth Venkataramanujam, the show first premiered on the streaming service on October 28, 2018. Although Netflix had initially announced that Season 1 would contain 32 episodes, it appears that the streaming service changed its mind and decided to present episodes using multiple volumes. Volume 1 of ‘Patriot Act with Hasan Minhaj’ consisted of seven half-hour-long episodes.

Hasan Minhaj, who is the face of the show, is an American actor and comedian. He was given an opportunity to be one of the featured speakers in 2017 at the White House Correspondents’ Dinner, and made his debut with Netflix with his stand-up comedy show, ‘Homecoming King’. Minhaj is also a recent recipient of the Peabody Award and is said to be the first Indian-American to host his own daily show. His distinctive comic voice and unique storytelling skills set him apart, and he uses the show to address pressing issues in contemporary culture and politics.

After spawning five incredible seasons, the show had been renewed for its sixth outing. Read on to know when ‘Patriot Act with Hasan Minhaj’ season 6 releases on Netflix.

Patriot Act With Hasan Minhaj Season 6 Release Date: When Will it Premiere?

In its initial announcement of ‘Patriot Act with Hasan Minhaj’, Netflix had announced a total of 32 episodes. So technically, after season 5’s conclusion, the show had exhausted its initially approved episodes. However, given the show’s success, it was renewed almost instantly for its sixth edition. ‘Patriot Act with Hasan Minhaj’ Season 6 premieres on May 17, 2020. It will consist of seven episodes.

What Can Patriot Act With Hasan Minhaj Season 6 be About?

The summary of the show reads, “Hasan Minhaj brings an incisive and nuanced perspective to global news, politics, and culture in his unique comedy series.” Indeed, while the show does address contemporary social, political, and cultural issues, Minhaj manages to present these discussions with hilarious undertones. The show has excellent writing, and Minhaj makes it even better through his crisp delivery and hilarious jokes. Through quirky and genuinely funny storytelling, Minhaj thus manages to investigate issues of relevance with sincere depth, while ensuring that the show remains a laugh riot despite its serious content.

When Volume 1 premiered on October 28, 2018, it immediately caught the attention of critics and audiences. The seven episodes in the series focused on issues like affirmative action in the US, employee exploitation by Amazon, the consequences of the US’ burgeoning oil production, issues of immigration into the US, content moderation and free speech, and the dark side of Saudi Arabia in light of the murder of Washington Post columnist Jamal Khashoggi.

However, controversy erupted when Saudi Arabian authorities claimed that Minhaj’s criticism of Saudi Crown Prince Mohammed bin Salman in the episode on Saudi Arabia was in violation of the country’s anti-cybercrime law. Subsequently, Netflix pulled the episode from its streaming service in Saudi Arabia. Not one to take things lying down, Minhaj responded by publicly criticizing Netflix during the opening episode of Volume 2, which premiered on February 10, 2019.

“This isn’t about just censoring one episode of a TV show. It’s about the precedent. Because as tech companies keep expanding, they’re going to keep running into more vague censorship laws — laws that can allow governments to pull any content at any time. Ultimately, [Saudi Arabia] doesn’t care about ‘immoral content’ that ‘impinges on religious values’. They’re mad that a Muslim [Minhaj himself] is airing out their dirty laundry,” said Minhaj, commenting on Netflix’s move to remove the episode on Saudi Arabia.

Volume 2 continues in with the same pace and thrust that characterized Volume 1, with episodes on censorship in China, the high cost of medicinal drugs in the US, student loans in the US, and the gradual dismantling of civil rights under the Trump administration. Season 3, on the other hand, sees Minaj talk about NRA, Corruption in Indian politics, and even cricket. Season 4 tackles issues like Fentanyl, Policing, Video Games, etc.  Season 5 deals with topics like Fast Fashion, Obesity, Philanthropy, and Retirement.

Season 6 features seven new episodes, packed with thought-provoking and hilarious content as Minhaj digs even deeper into the contemporary cultural and political landscape. For starters, the first episode focuses on the rent crisis due to the 2020 COVID-19 crisis. Additional episodes explore other similar matters of global concern while being infused with Minhaj’s signature humorous quips.

You can check out the trailer for season 6 right here.