Patriot Act With Hasan Minhaj Season 6: Everything We Know 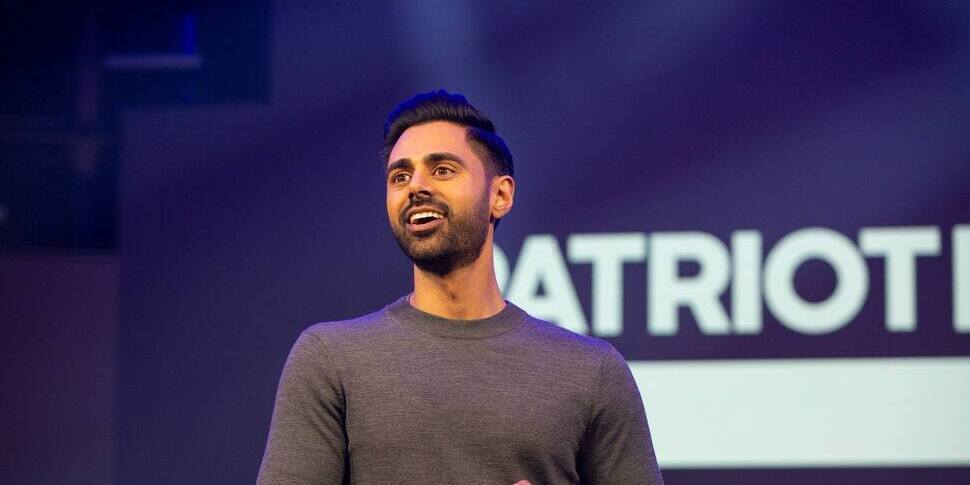 Who all are awaiting the return of ‘Patriot Act with Hasan Minhaj?’ Almost every one of us, right? Myself included. Over the course of five seasons, the Peabody Award-winning talk show has been thoroughly entertaining the viewers and keeping them updated and informed, with its Indian-American host Hasan Minhaj’s “woke TED Talk-esque” presentation, punctuating gestures and singular perspective deliveries.

The political comedy provides an in-depth analysis of relevant socio-political concerns, and adds a mix of relatable humor and pop-culture references, causing it to stand out from similar talk-shows like ‘The Last Show with Stephen Colbert,’ ‘The Daily Show with Trevor Noah’ and ‘Last Week Tonight with John Oliver.’ Now coming back to the topic, you must be wondering: When will ‘Patriot Act with Hasan Minhaj’ season 6 release on Netflix? Well, here’s everything you need to know.

Patriot Act With Hasan Minhaj Season 6 Release Date: When Does it Premiere?

‘Patriot Act with Hasan Minhaj’ season 5 premiered on November 10, 2019, on Netflix and concluded on December 22, 2019, after airing seven half-hour episodes.

The political comedy series received an original order for 32 episodes. However, following its tremendous success over five seasons/volumes, among people of all ages, the network ordered a sixth season, comprising an extension of seven episodes. ‘Patriot Act with Hasan Minhaj’ season 6 was slated for a release on March 29, 2020, on Netflix.

However, to safeguard the cast, crew, and live audience, from the widespread impact of the COVID-19 pandemic, the creators – Hasan Minhaj and Prashanth Venkataramanujam decided to halt the production and postpone the release of the sixth season.

Hasan posted a video, explaining the reason for the delay and announcing that he would continue to post funny and informative videos from time to time to lift the spirits of the fans. In the video, he also urged fans to leave questions and queries, which he would try to answer in the ‘Deep Cuts’ segment on the show’s YouTube channel.

Now, on a good and unexpected note, the sixth outing is releasing earlier than expected! ‘Patriot Act with Hasan Minhaj’ season 6 premieres on May 17, 2020, only on Netflix. The first episode addresses the issues of rent payment, triggered by the ongoing Coronovirus health crisis.

Also, if you are a fan, you must know that the show’s topic-driven format follows Chelsea Handler’s footsteps and goes a step ahead to widen its reach by also putting specials and Vlogs on its YouTube Channel and other social media platforms. Therefore, don’t forget to check the official YouTube Channel of the ‘Patriot Act.’

If you are new to the show, you can also stream the previous seasons on Netflix, or watch Hasan Minhaj’s first stand-up special, ‘Hasan Minhaj: Homecoming King.’ Before you depart, enjoy this beautiful tweet, in which Hasan welcomes his second child into the world.

Even in these crazy times there are so many beautiful moments. Welcome to the world little guy. The Minhaj family grows, and according to Beena it’s done growing. But ya never know, shooters shoot. pic.twitter.com/t703QDa5IM

Read More: Where is Patriot Act with Hasan Minhaj Filmed?