Will There be a Patriot Act With Hasan Minhaj Season 7? 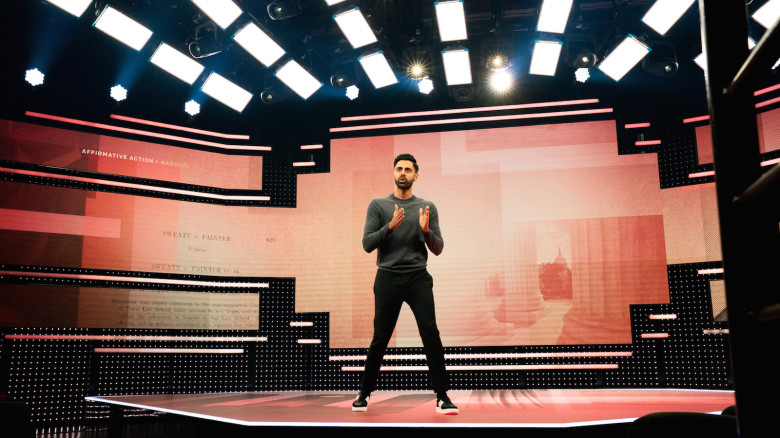 ‘Patriot Act with Hasan Minhaj’ is Netflix’s Peabody- and Emmy-winning, ‘timely and timeless’ talk show that has secured a firm position for itself over the years — since its original premiere in 2018. The series stands apart from similar comedy stand-ups, mainly due to the host’s uncanny ability to mix thoughts and feelings with catharsis and criticism. It is also different from other political satires — thanks to Minhaj’s grasp on keeping viewers vested with his engaging delivery. No wonder, ‘Patriot Act’ has seen six successful seasons to date. Here’s everything we know about its upcoming edition.

‘Patriot Act with Hasan Minhaj’ season 6 premiered on May 17, 2020, on Netflix. After spanning eight weekly episodes, it ended on June 28, 2020. Offering deep insights into ongoing and relevant socio-political issues, mixed with accurate doses of humor and pop-culture references, ‘Patriot Act’ can go on for multiple seasons — owing to the fact that it derives inspiration from current scenarios. Moreover, with each new season, the show is only gaining on numbers (viewerships and ratings). Hence, there is a strong chance of the show getting renewed for yet another outing. If and when that happens, we can expect ‘Patriot Act with Hasan Minhaj’ season 7 to release sometime in 2021.

The titular host, Hasan Minhaj, who will also make a comeback in season 7, is a comedian, writer, producer, political commentator, actor, and tv personality. A winner of two Peabody and two Webby Awards, he is known for his work in ‘The Daily Show’ as its senior correspondent. The 2017 featured speaker in the White House Correspondents’ Dinner made his first appearance as a stand-up comedian in the Netflix special, ‘Homecoming King’. Minhaj is also listed among TIME’s 100 most influential people in the world.

What Can Patriot Act With Hasan Minhaj Season 7 be About?

In season 6, we see Hasan Minhaj exploring several relevant topics from the ongoing year. For instance, he talks about millions of Americans struggling to pay rent during the COVID-19 pandemic. He then discusses the current battle for the legalization of marijuana in the United States and examines how Trump’s actions have affected the coronavirus-related economic crisis. We also learn about his views on the Black community after the murder of George Floyd and the threat faced by local newspapers. Minhaj additionally explores the actual need for college degrees and the limited choice of political parties in America. The last episode dives deep into the issue of TurboTax pushing taxpayers away from its free service to embrace the paid option. Season 7 will pick up another bunch of new topics and follow Minhaj’s deliveries on ‘the modern cultural and political landscape with depth and sincerity’

Read More: Where is Patriot Act with Hasan Minhaj Filmed?