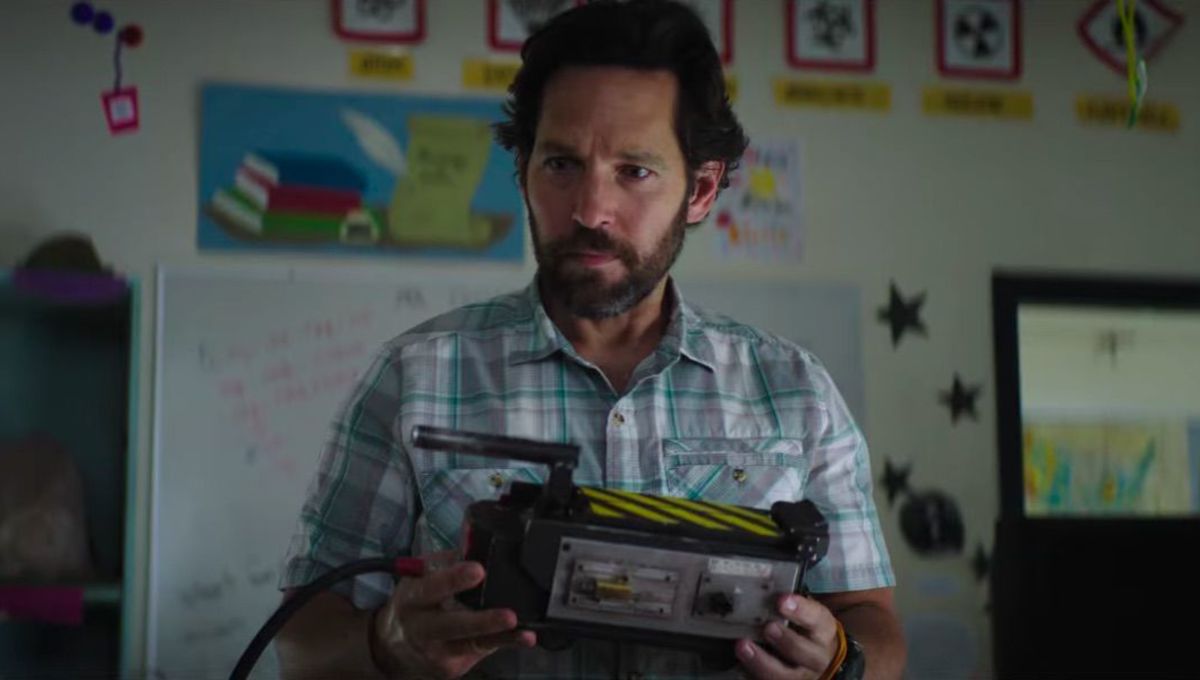 Paul Rudd is an American actor, comedian, writer, and film producer who studied theatre at the University of Kansas and the American Drama Academy, before making his acting debut in 1992 with NBC’s drama series ‘Sisters’. In 1994, he appeared in ‘Wild Oats’ for six episodes. He left ‘Sisters’ in 1995 to appear in the comedy film ‘Clueless’ with Alicia Silverstone. He also appeared in ‘Halloween: The Curse of Michael Myers’, William Shakespeare’s ‘Romeo + Juliet’, ‘The Locusts’, ‘Overnight Delivery’, ‘The Object of My Affection’, and ‘200 Cigarettes’. He starred in the 1999 film ‘The Cider House Rules’ that earned him and the cast a SAG nomination for Outstanding Performance by a Cast in a Motion Picture.

He played FBI Agent Ian Curtis in Benny Chan’s 2000 Hong Kong action film ‘Gen-Y Cops’. In 2002, he was cast on the sitcom ‘Friends‘ as Mike Hannigan, who dates and then marries Phoebe Buffay, played by Lisa Kudrow. In 2006, he appeared in several episodes of ‘Reno 911!’ as “Guy Gerricault”, the coach of a Lamaze class, and then portrayed a drug lord in the ‘Reno 911!: Miami’ film. He guest-starred as a has-been 1990s rock star, Desmond Fellows, on the television series ‘Veronica Mars‘, in the 2007 episode “Debasement Tapes”.

In addition to his film career, he has appeared in numerous television shows. Apart from the NBC sitcom ‘Friends’, he had guest roles on ‘Tim and Eric Awesome Show’, ‘Great Job!’ and ‘Parks and Recreation‘ besides hosting ‘Saturday Night Live’. He received a star on the Hollywood Walk of Fame on July 1, 2015.

At this point, the question that might be circling your mind is what is the next Paul Rudd movie or tv show? Well, the good news is that we have a clear answer to that question. Here are the upcoming Paul Rudd films and tv shows scheduled to release in the near future. We can only hope that the new Paul Rudd performances would be as good as some of his recent ones. 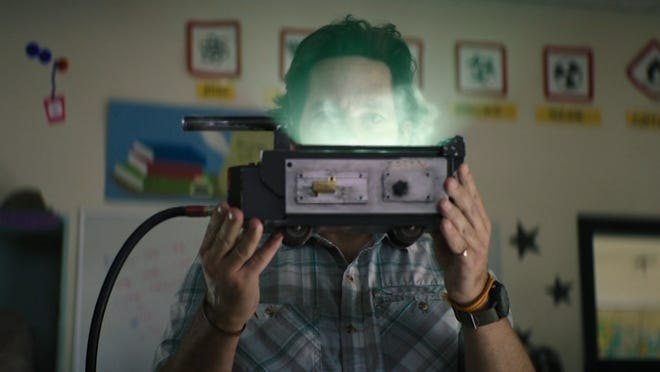 ‘Ghostbusters: Afterlife‘ also goes by the titles ‘Ghostbusters: Legacy’ and ‘Ghostbusters: From Beyond’. It is an upcoming action-comedy that continues the cult popularity of the first ‘Ghostbusters’ movie. Jason Reitman helms the upcoming film while the script comes from Gil Kenan and Reitman himself.

The premise follows two children and a mother who are evicted from their house. To make things work, they move to Summerville, Oklahoma, to a farm that they inherited from their grandfather. However, the country living brings its own share of surprises as the town experiences a series of inexplicable earthquakes. The curious kids try to get to the bottom of the matter, which is when they discover the family’s link to the original Ghostbusters. The group has now become somewhat of an urban legend, spoken of in whispers, as the events of ‘Manhattan Crossrip of 1984’ have been forgotten. It is up to the kids to uncover the secret legacy left behind by their grandfather.

Paul Rudd appears in the role of Mr. Gruberson and will be looking to stand out with a comedic performance. The film itself is slated to release on July 10, 2020. 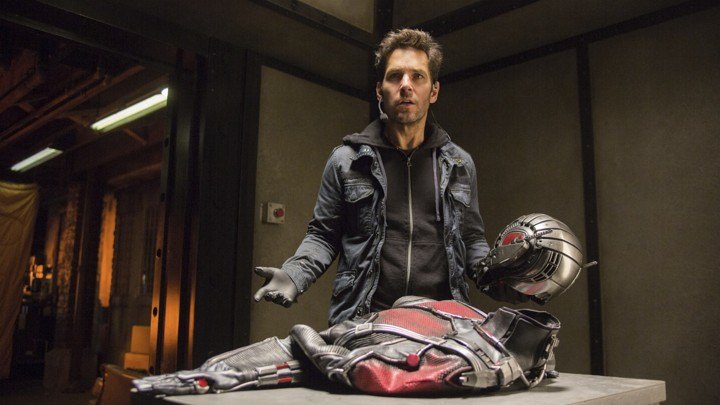 ‘What If…?‘ is Marvel’s foray into television shows after having dominated the world of films. Of course, Marvel has had their share of shows as well, but with Disney+ acting as one place where they can put all their shows together, it is a new time to take their television content in a different direction. That is exactly what is being done with ‘What If…?’ which is an animated series exploring the possibility of the multiverse in Marvel.

The premise of the show is that we will look back at the pivotal moments in the MCU and envision what would happen if they played out differently. For example, what happens if Loki is the one who is destined to get Thor’s hammer. The premise sets up numerous possibilities and will be a great trip down the memory lane for fans of the films. Paul Rudd will obviously be lending his voice to Ant-Man, and we might get to see what would happen if his daughter joins the crimefighting squad.

It will be as easy as slipping back into a familiar role for Rudd, so we expect the experienced actor to deliver a stellar performance. 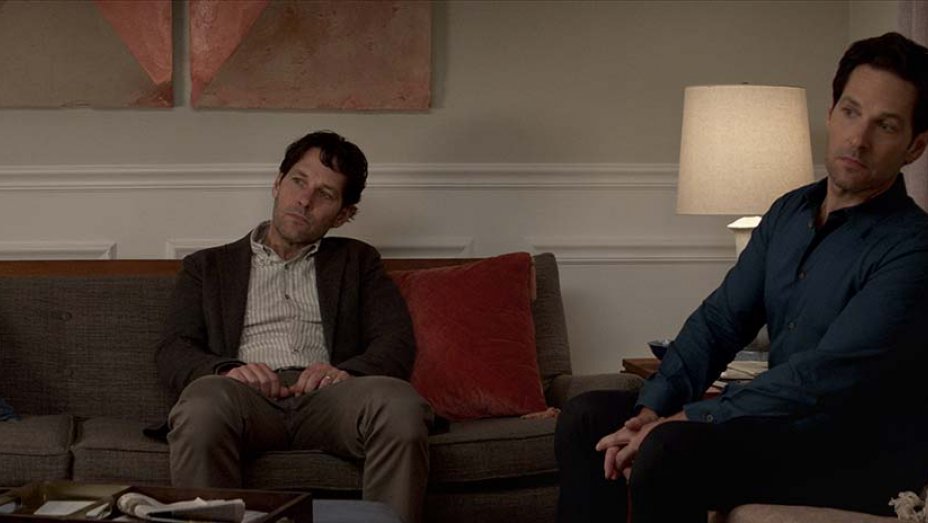 ‘Living with Yourself‘ is Netflix’s comedy series from ‘Little Miss Sunshine’ directors Jonathan Dayton and Valerie Faris. Paul Rudd plays dual roles in the series, which follows a desperate man facing a dead end in his life. He undergoes a new treatment to move on and become a better person. His dreams come true at a heavy price. He finds himself as a brand new individual after the treatment.

But the new version soon reveals itself as his most dangerous enemy. Dayton and Faris direct eight episodes of the first season of ‘Living with Yourself.’ Created by Timothy Greenberg, the comedy has Anthony Bregman and Jeff Stern serve as producers on behalf of Likely Story banner. Tony Hernandez, Rudd, and Jeff Blitz also join Greenberg to executive produce the series. The show is likely to return for another season, having first aired on October 18, 2019. 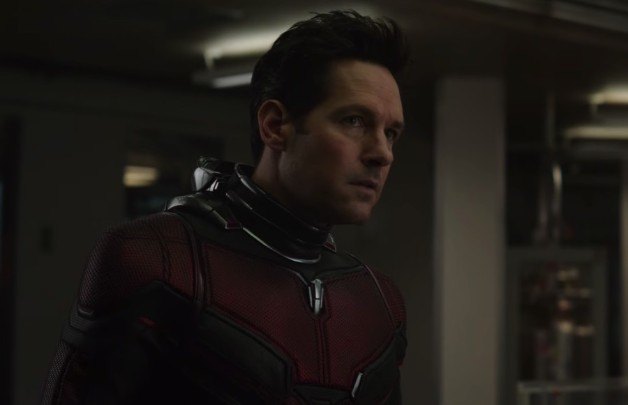 ‘Avengers: Endgame‘ is an American superhero film based on the Marvel Comics superhero team the Avengers, produced by Marvel Studios and distributed by Walt Disney Studios Motion Pictures. It is the direct sequel to 2018’s ‘Avengers: Infinity War’, as well as the sequel to 2012’s Marvel’s ‘The Avengers’ and 2015’s ‘Avengers: Age of Ultron’ and the twenty-second film in the Marvel Cinematic Universe (MCU). The film is directed by Anthony and Joe Russo, with a screenplay by the writing team of Christopher Markus and Stephen McFeely, and features an ensemble cast with many actors from previous MCU films. Paul Rudd reprises his role of Ant-Man.

The plot picks up after Thanos makes the fatal snap erasing half of the universe’s population. The Avengers are shown to be reeling from the defeat and the loss of their comrades. However, the band together and decide to get justice the way they know best. A confrontation with Thanos is on the cards, but when the Avengers face him, it is an anti-climax. Thanos has already destroyed the Infinity Stones which let him make the snap in the first place, and now leads an agrarian life. Thor kills the mad Titan in a fit of rage. However, this means that the Avengers are out of options until Paul Rudd’s Ant-Man shows up.

There is a lot of talk about the quantum realm, which essentially allows time travel, letting the heroes go back in time to assemble the stones and undo Thanos’ actions. However, they attract the attention of Thanos from a different timeline who follows them to the present, resulting in an epic final battle with heavy losses to the heroes. However, Thanos is decimated completely. The film released on April 26, 2019. 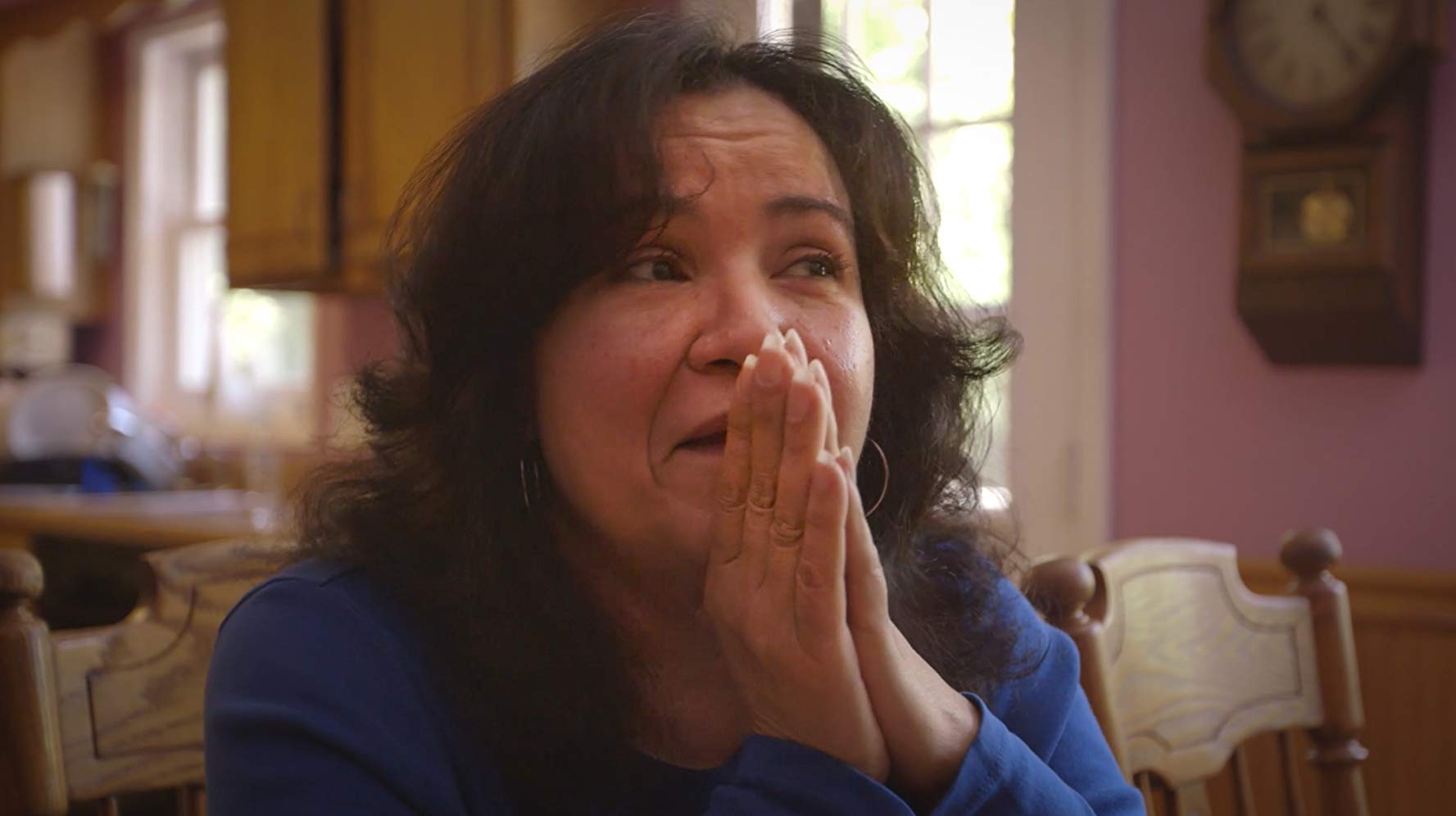 Paul Rudd serves as the executive producer of the documentary, ‘My Beautiful Stutter.’ The project documents the lives of five kids, ages between 9 to 18, who stutter. They come from various parts of the U.S. and join an interactive arts-based program conducted by The Stuttering Association for the Young (SAY) in New York City. The participants share their painful and harrowing experiences of bullying and stigmatization because of their stutter.

Over the course of a year, five kids meet other children who stutter as a part of the interactive program and they reinvent their life with the help of the support circle. By the end of the documentary, we see them say out loud the amazing idea puts forward by The Stuttering Association for the Young, ‘it’s okay to stutter.’

Paul Rudd has been working with the charity for nearly a decade. He actively takes part in fundraiser initiatives for Camp SAY, the annual summer camp organized by SAY. Last year, Rudd hosted the annual All-Star Bowling Benefit for SAY. The fundraiser event, which was held at Lucky Strike in New York City, featured Broadway stars like Thomas Kail, Chilina Kennedy, and Betsy Wolfe. ‘My Beautiful Stutter’ released on July 4, 2019. 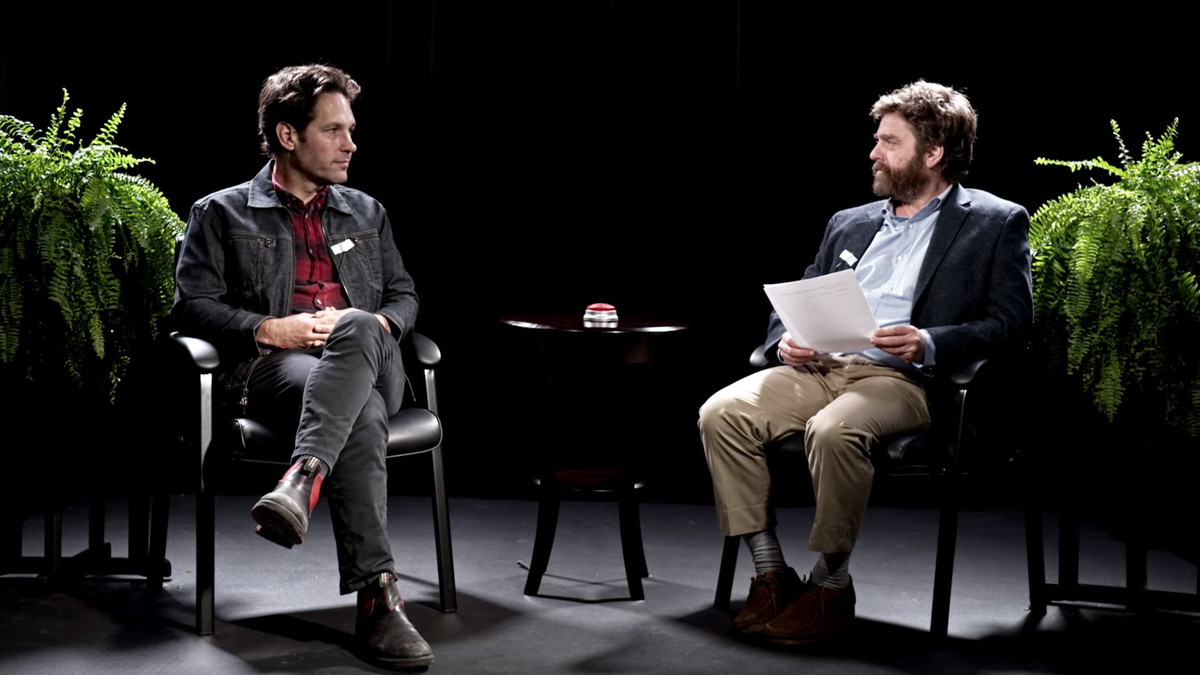 ‘Between Two Ferns: The Movie’ is a Netflix comedy that is bound to be familiar to anyone who loves the show of the same name. It is hosted by Zach Galifianakis and puts a spin on the normal talk show format. Celebrities are asked to sit between two ferns in a spartan studio as Zach takes on the role of the host. He is confrontational and asks antagonistic questions aimed at making the celebrities uncomfortable. However, this brand of humor that mocks the normal mollycoddling of talk shows, has become immensely popular, leading to the Netflix film.

The movie shows Zach carrying on similar interviews but his studio floods. His boss is highly displeased by this because fans are clamoring for Zach’s interviews and the boss wants Zach to deliver. He is offered a cushy spot at a prime nighttime talk show if he succeeds. Zach hits the road with his crew interviewing celebrities, to deliver the tapes to his boss. In the process, he learns about himself, his loyalties, and the kind of talk show host he wants to be.

Paul Rudd is one of the many celebrities interviewed and the actor brings the characteristic humor that makes him stand out among illustrious company. ‘Between Two Ferns: The Movie’ released on September 20, 2019.