When Will Paw Patrol Season 7 Start? 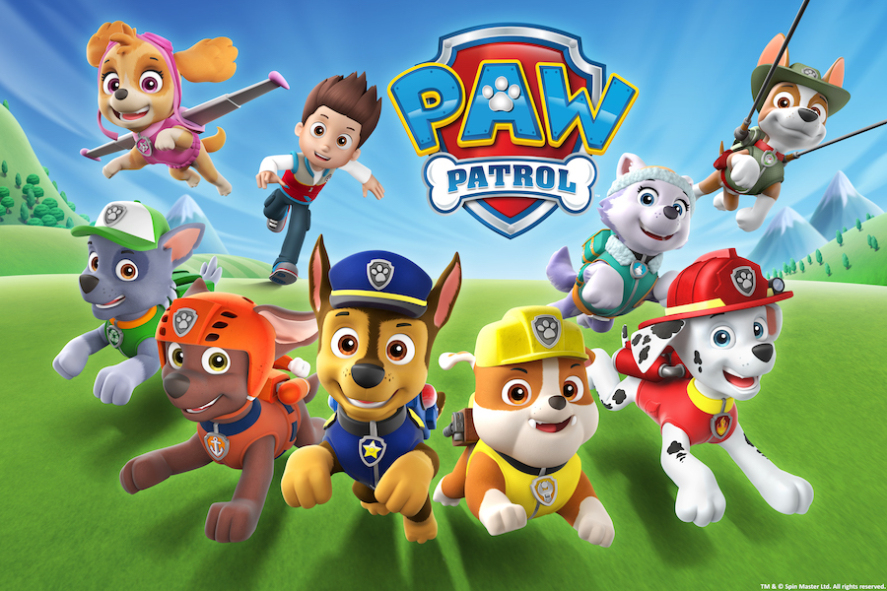 ‘Paw Patrol’ is an animated television series that airs in Canada on TVOntario. In the US, it originally premiered on Nickelodeon on August 12, 2013. Created by Keith Chapman, it is produced by Spin Master Entertainment and revolves around a kid, Ryder, who is the leader of a pack of search and rescue dogs. They call themselves PAW Patrol and together, protect their home in Adventure Bay — a fictional shoreline town. Each dog possesses its own set of special talents. While one is a firefighter, the other is a police officer, another is an aviation pilot, and so on. They live in their individual doghouses which transform into personalized vehicles when a mission starts. The dogs also carry backpacks called “pup packs”, which have essential equipment according to the particular pup’s profession.

Paw Patrol Cast: Who’s in it?

The cast of ‘Paw Patrol’ is led by Ryder, who leads his crew, PAW Patrol. A 10-year-old kid, he is an expert in guiding his dogs through their missions and providing them with the required vehicles and tools. Voiceover artist for Ryder is currently Joey Nijem. Previous actors in this role were Owen Mason, Elijha Hammill, and Jaxon Mercey.

A dalmatian and the firefighter of the team, Marshall is also a paramedic dog. He drives a fire engine, which changes into an ambulance when the situation demands. Extremely clumsy, he often gets entangled in funny problems. Marshall is presently voiced by Lukas Engel. Rubble, a bulldog and a construction dog, rides a bulldozer. He is the comedian in the group and harbors immense love for food. Rubble is voiced by Keegan Hedley. Chase, a German Shepherd and a police cum spy dog, owns a cop car. A matured, responsible dog, his punchline is — “PAW Patrol ready for action, Ryder, sir!” — every time the crew gets ready for a mission. He is voiced by Justin Paul Kelly.

Rocky, a grey-and-white mongrel, is the recycling dog. His drives a recycling truck that transforms into a salvage tug. He hates taking a shower as he harbors an irrational level of fear for water. He is voiced by Samuel Faraci. Zuma is a chocolate-colored Labrador retriever and a marine rescue pup. He owns a hovercraft that changes into a submarine. He is voiced by Shayle Simons. Skye is a cockapoo and an aviator. She flies a helicopter and is voiced by Lilly Bartlam.

Paw Patrol Plot: What is it about?

‘Paw Patrol’ follows Ryder and his crew as they embark on their various adventures. Usually, each episode shows the dogs enjoying a normal day, playing on the neighborhood playground or engaging in fun activities with their toys. In between, Ryder gets a call about an issue that needs his attention. Sometimes, he witnesses an incident himself. He receives calls for help quite often from an accident-prone marine biologist named Cap’n Turbot, who is engaged with Adventure Bay’s wildlife.

Ryder then summons his team through the dogs’ blinking pet tags. Everyone reports at their base, the Lookout, and enter its elevator. Marshall usually gets into some mishap or the other, often causing chaos and a good dose of laughter. Once they arrive at the top floor, they form a line. Ryder briefs the dogs about their task and shortlists team members to accompany him on the mission. They get inside their vehicles and once the job is complete, Ryder announces, “Whenever you’re in trouble, just yelp for help!”

Paw Patrol Season 7 Release Date: When will it premiere?

‘Paw Patrol’ season 6 premiered on Nickelodeon on February 22, 2019. its run for the sixth installment comprises 26 episodes. In the US, you can stream episodes on Noggin, with a free TV Everywhere authentication on Nickelodeon’s app. You can access the show via a public library card on the Hoopla app.

‘Paw Patrol’, since its debut, has received favorable reviews from audiences as well as critics. The Nickelodeon series has been sold to tv networks in over 160 countries, where it airs in Canada, the Middle East, France, Portugal, the UK, Korea, and Iceland, among others. Spin Master has even extended the show into a media franchise. There is a line of toys based on its characters that generate millions of dollars for the company, enhancing Spin Master’s influence over the preschool toy market.

Yes, the show is a massive hit and it did not come as a surprise when we received the news that as per an announcement on June 4, 2019, Nickelodeon has already renewed the series for the seventh season, comprising 26 half-hour episodes. We have not received an update on the official release date yet. However, based on release dates of its last three seasons, ‘Paw Patrol’ season 7 should start sometime in February 2020.

Nickelodeon has not released a full-fledged official trailer for any season of ‘Paw Patrol’. But you can head to Nick Jr if you wish to check out the latest clips from the show.