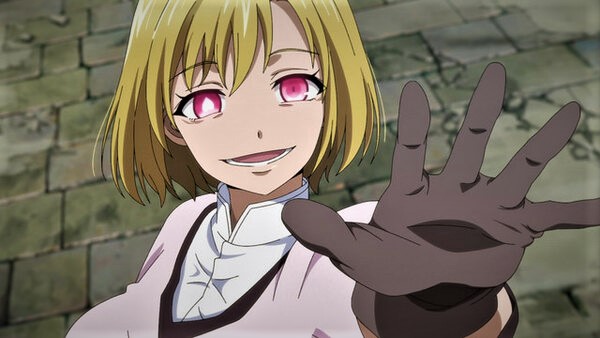 Based on the Japanese manga series written and illustrated by Cool-kyou Shinja, ‘Peach Boy Riverside’ is a fantasy TV anime that recounts the story of a deeply divided magical world where prejudice and discrimination have seeped into the social order. A princess named Saltorine “Sally” Aldike, who possesses incredible superhuman abilities, strives to make her world peaceful by spreading the message of amicable coexistence. However, by doing so, she invites a direct conflict with Mikoto Kibitsu, a human being with similar powers as her who believes in the complete annihilation of anyone who can pose an existential threat to humanity.

Since its first premiere on July 1, 2021, the anime has been criticized heavily by manga readers for its poor adaptation of Cool-kyou Shinja’s work. However, some viewers really liked the show, and they must be wondering whether they will get to see their favorite show again or not. If you are also wondering the same, we have got you covered!

‘Peach Boy Riverside’ season 1 released on Tokyo MX, BS NTV, and AT-X on July 1, 2021, in Japan. After its 12-episode run, the first installment concluded on September 16, 2021. Asahi Production has animated the series with Keiichirou Oochi leading the writing staff and Shigeru Ueda helming the directorial team.

As far as the second season of the fantasy anime is concerned, here’s everything we know. Asahi Production has not yet renewed the show for another installment, and none of the people involved in the production has publicly said anything about the show’s production. However, we can still look back at the first season to speculate the return of the series. Now, anime renewals depend on a plethora of factors- rating and viewership being two critical ones.

The anime has had an underwhelming first season, and the ratings have been average. The viewership has not been very promising as well. Furthermore, the manga readers have heavily criticized the show for not following the chronological order of Cool-kyou Shinja’s book series. Although the director has discussed the subject publicly, his statements have failed to convince fans. Another death blow to the hopes of the second season is the lack of source material.

The first installment adapted the first six volumes and a few chapters from the following three volumes of the eponymous manga series. So, the studio will have to wait till there are enough chapters available to justify another season. The last four volumes have been released with a gap of six months; if the book follows the same release pattern, there would be enough material for another season only by mid-2022.

However, the availability of source material is still secondary to Blu-Ray box sales and other revenue numbers because only they can justify the show’s renewal after an underwhelming first season. Although the chances for a second installment look dismal, there have been shows in the past with similar viewership and ratings that have managed to get more than one season. If we take all the factors into account, we can presume that ‘Peach Boy Riverside’ season 2 will premiere sometime in mid-2023 or later.

In the season 1 finale, Sally finally confronts the tree Ogre who has posed a threat to the villagers for quite some time. Before the fight begins, her adversary argues that it has always been humans who have started wars in the name of defense. The Ogre mocks Sally’s appeal for peace by showing her the bitter history of his kind and human beings. When the epic fight begins, the protagonist defeats her enemy but is moved by his arguments. It seems that despite losing the battle, the Ogre has managed to change Sally forever.

In season 2, after leaving the inn in the final episode, the princess will continue to act as the protector of the human race, but the confrontation with the Ogre is likely to have a long-lasting impression on her. Unfortunately, her idea of amicable existence will face resistance not only from the Ogres but the human race itself. However, it will only make the protagonist even more determined to work towards her goal. Despite the challenges in her way, Sally is expected to not only protect the human race but change her adversaries, making her world more peaceful than ever before.