Peaky Blinders Season 6: Everything We Know 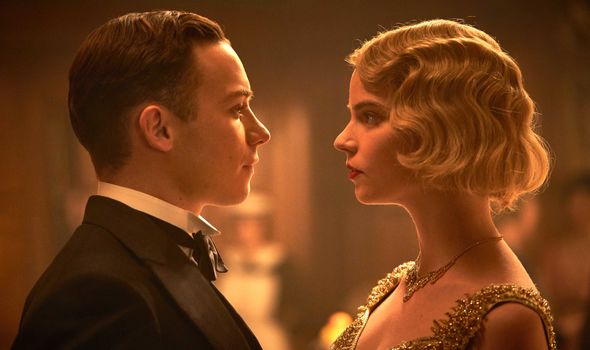 Created by Steven Knight, ‘Peaky Blinders’ is a British period drama that follows the pursuits of the Shelby crime family. Set in Birmingham just after the First World War, the series is an epic narrative about the Shelbys’ trying to find their footing in the crime world. Under the stewardship of their boss Tommy Shelby, they form a gang called the Peaky Blinders. Working their way across the restive socio-political landscape of Birmingham, the gang slowly expands their grip. Tommy and his family enter the international territory and face adversaries from different sections of the underworld and the privileged.

The crime drama originally premiered on September 12, 2013, on BBC Two. Since its inception, the show has garnered critical acclaim for its engaging screenplay, masterful performances, and stunning visuals paired with a haunting background score. Over five seasons, fans of the show have immersed themselves in the exploits of the Peaky Blinders. With the end of the fifth season, fans must be wondering about an update about the next installment. Well, here’s everything you need to know about ‘Peaky Blinders’ season 6!

‘Peaky Blinders’ season 5 released on October 4, 2019, on Netflix. Before its international release, the series released in the UK on August 25, 2019, on BBC One, and concluded on September 22, 2019. It comprises six episodes with an average runtime of 55-65 minutes.

As far as the sixth season is concerned, we have some great news for fans. Showrunner Steven Knight confirmed the news of its renewal in May 2018. Moreover, director Anthony Byrne felt the need to complete the story he started in the fifth season. He also noted that the previous seasons had a semblance of closure, while the fifth one ends on a cliff-hanger. Hence, a renewal was inevitable. While fans might be happy about the news, it is a bittersweet moment as the sixth season is the last one in the ‘Peaky Blinders’ saga. In January 2021, Steven Knight broke the news of season 6 being the final one.

However, the creator left it on a euphoric note, stating that he wishes to continue the story in a different form—a film is also on the horizon. Filming for the sixth season was supposed to begin in March 2020, with all the pre-productions completed. Unfortunately, the Covid-19 pandemic halted the process, which was then resumed after a long break on January 18, 2021. The filming process is slated to continue till June, followed by the post-production. If the process goes as planned, ‘Peaky Blinders’ season 6 might release sometime in late 2021 or early 2022.

The Shelbys are back in business. Series 6 of #PeakyBlinders has begun filming. Find out more: https://t.co/LLPzSrbhHt

Peaky Blinders Season 6 Cast: Who can be in it?

Cillian Murphy is set to return in the role of Tommy Shelby, the patriarch of the Peaky Blinders. Along with Murphy, we can perhaps see Sam Claflin (Oswald Mosley), Helen McCrory (Polly), Paul Anderson (Arthur Shelby), Finn Cole (Michael Gray), Harry Kirton (Finn Shelby), and Anya-Taylor Joy (Gina). However, Charlie Murphy confirmed that she would not be essaying the role of real-life union leader Jessie Eden.

Apart from these cast members, season 6 will also see some new faces. Amber Anderson is expected to join the cast in a role that is yet to be disclosed. Conrad Khan and James Frecheville are set to make an appearance in the upcoming season. Steven Knight also hinted at celebrity cameos as personalities like Brad Pitt and Snoop Dogg have expressed interest to join the fold.

Towards the end of season 5, Michael wants the opium business to be handled by the new generation but is denied by Tommy Shelby. Alfie Solomons (Tom Hardy) is shown to be alive as Tommy’s plan to assassinate Mosley is foiled. The events push Tommy to the brink of collapse. Billy makes a phone call as soon as Finn tells him about their plans. However, the details of the mysterious call aren’t disclosed. Even though Tommy enters the political sphere with considerable power at his disposal, the climactic moment sees him brandishing a gun to his own head.

Season 6 will pick up directly from the ending of its predecessor, as confirmed by director Anthony Byrne. He also talked about the presence of a new female character who can perhaps stand toe to toe against Tommy. We can expect to know the reason behind the failure of Tommy’s plan to eliminate Mosley. The gang leader’s presence might be explored further as Steven Knight wanted to provide redemption to Tommy’s character arc.

In the sixth and finale season, the story will move towards the 1930s with the looming threat of the Second World War hovering on. Gina Gray’s American family will perhaps play an important role as their possible links with Mosley might come out in the open. It will also be interesting to see how Oswald Mosley’s character unravels further, given that he is drawn from the pages of history.