When Will Peaky Blinders Return to BBC? 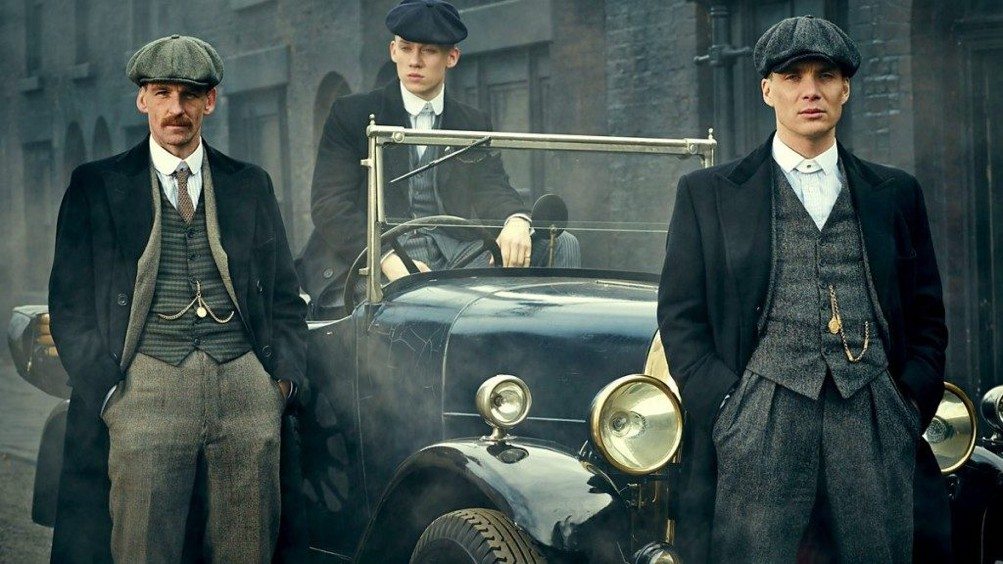 A Steven Knight creation, the period crime drama ‘Peaky Blinders’ tells the story of the violent eponymous gang operating in the post-World War I Birmingham and the Irish Traveler family that leads it, the Shelbys. The series has a historical background, as there was indeed an urban street gang named ‘Peaky Blinders’ in that part of England in the late 1800s and early 1900s. Since its premiere on September 12, 2013, the show has gained both critical and commercial success and is generally considered as one of the best gangster shows of all time. It has been nearly a year since season 5 concluded, and many of you must be awaiting an update on the possible release date for ‘Peaky Blinders’ season 6. Here is everything we know about it!

Peaky Blinders Season 6 Release Date: When Will It Premiere?

‘Peaky Blinders’ season 5 premiered on August 25, 2019, on BBC One, and concluded on September 22, 2019, after airing six episodes. Following its UK release, it dropped on October 4, 2019 on Netflix in the US and internationally.

In May 2018, during an interview with the Birmingham Press Club, Knight stated that they have plans for at least two seasons. “We are definitely doing [series] six and we will probably do seven. After series four it went mad,” he said. “We’ve talked to Cillian Murphy (who portrays Tommy Shelby) and he’s all for it, and the rest of the principal cast are in for it.”

The production for season 6 was supposed to begin in March 2020, and wrap up by July. However, owing to the COVID situation, it was postponed indefinitely. Anthony Byrne, who directed the fifth season and is set to direct the sixth, becoming the first returning director in the history of the show, took to Instagram in March to express his disappointment.

“We were so close to the start of filming Season 6. Months of hard work by our very talented, dedicated and hardworking crew. Sets were built, costumes were made. Cameras and lenses tested. Locations were booked. All the prep was done. It’s a real shame not to be able to make it for you at this time. But I personally want to thank the crew that I’ve spent months working with and I want to send my love and support to them and everyone else. We are in this together.”

In April, Murphy released a statement through ‘Peaky Blinders’ official social media handles, assuring the fans that the series will come back. “We will back as soon as we can, I promise… causing chaos and knocking heads as usual,” the statement reads. As of September 2020, season 6 is yet to go into production. As things stand now, ‘Peaky Blinders’ season 6 is expected to release sometime in 2021, on BBC One, and a few months later on Netflix.

Peaky Blinders Season 6 Cast: Who is in it?

Aside from Cillian Murphy, whose character Tommy Shelby is the protagonist of the series, ‘Peaky Blinder’s ensemble cast comprises Helen McCrory as Polly, Tommy and his siblings’ paternal aunt; Paul Anderson as Arthur Jr., Tommy’s oldest brother; Sophie Rundle as Ada, Tommy’s only sister; Ned Dennehy as Charlie Strong, an older gentleman with ties with the Shelby family; and Benjamin Zephaniah as Preacher Jeremiah ‘Jimmy’ Jesus.

It turns out that Alfie Solomon is alive, and he sends his men to help Tommy and the rest of the Peaky Blinders to assassinate Mosley. The barman Micky Gibbs (Peter Campion) is revealed to be the traitor supplying information to the Titanic gang and is killed by Tommy. Michael tries to unsuccessfully convince Tommy to transform the gang into a drug-smuggling enterprise in the US and later tells his wife Gina that they should proceed with their plan.

The assassination attempt on Mosley ends in a disaster. Barney and Aberama are killed. Since the start of the series, Tommy has been experiencing PTSD because of his military service during World War 1. It all culminates into a vivid vision of his dead wife Grace and his horse in the final moments of season 5. Right before the screen turns to black, Tommy points a gun at himself.

The first episode of the sixth season is titled ‘Black Day.’ In season 6, we can expect Tommy’s turbulent mental state to have a considerable focus. Polly is planning to leave the gang. This might be addressed, as well. The mole that informed the fascists about the assassination attempt on Mosley might be revealed. Michael and Gina’s real plans to take control of the gang might become clear in season 6.