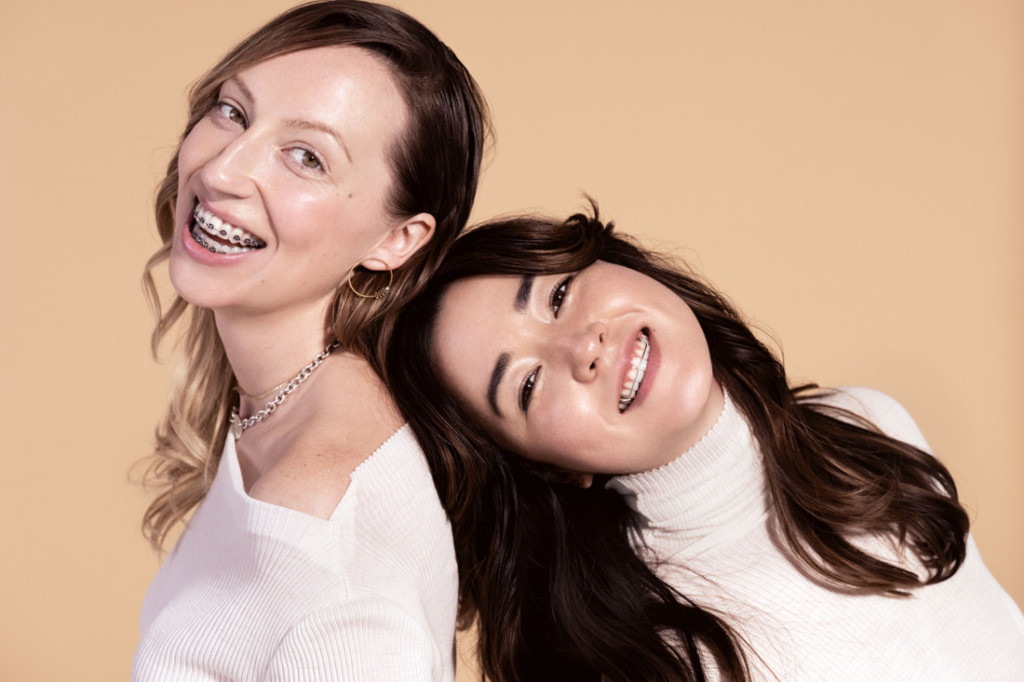 It is tough being 13, especially for socially awkward best friends Anna and Maya. The adult comedy PEN15 revolves around comedians Maya Erskine and Anna Konkle, who play themselves as teens in middle school in the year 2000. Remember being 13? The introduction to sexual exploration, changing dynamics in friendships, and the constant struggle with growing up. PEN15 will take you back to those less than glory days of braces and acne.

Season 1 that premiered on February 8, 2019, on Hulu has ten episodes that are each about 22 mins long. The short run time makes it binge-worthy. Anna and Maya truly embody all the awkwardness a thirteen-year-old kid goes through with subtle facial expressions, the teenage lingo, awkward braces, and shrill screaming. The show purely captures the vibe of the early 2000s. The costumes and hairstyles are on point, and there is a lot of sex talk, the kind that teenagers have.

Maya Erskine, the lead of PEN15, is an American actress best known for her role in Man Seeking Woman. She stars in PEN15, alongside Anna Konkle, who is best remembered for Tara on the hugely popular show Rosewood. The duo have co-created PEN15 in association with Sam Zvibleman, where they star as 13-year-old partly fictional versions of themselves.

The show also has a strong cast of young actors like Dylan Gage Moore playing Gabe, Sami Rappoport starring as Becca, Anna Pniowsky in the role of Heather, Ivan Mallon as Ian, and Hannah Mae appearing as Connie.

In response to what led the duo to create PEN15, Erskine said, “Our main drive was that we hadn’t seen anything that represented middle school the way we experienced it—in an R-rated, uncensored, raw, authentic way”. “We figured if our characters were 13-year-old rejects, than us not looking right, us looking 31 years old, was okay,” Konkle added, who believes it gave them an immense ammount of freedom to play 13-year olds. “Our freakdom was brought out more.”

Anna and Maya are best friends and school rejects. Maya discovers the joy of masturbation while Anna has to deal with her parents constantly fighting. Getting adults to act as kids can go horribly wrong but it works brilliantly for Pen15. Anna and Maya are thirty-year-old comedians playing thirteen-year-old middle schoolers. Their comic timing and chemistry with each other make the show super fun. If you haven’t yet figured out the play on the title PEN15 — it’s a slang spelling of the word penis, but it doesn’t just end there. It traces its roots to a prank grade school students often indulged in where the victim would end up inking the letters PEN15 on their bodies if they said yes to joining the alleged “PEN 15” club.

Anna and Maya’s friendships suffer a little when Maya ignores her for personal reasons. The season ends with a dramatic best friend breakup, a school dance, and a boyfriend. Although the premise is set in middle school, the humour is really aimed at adults. Most of us have had it rough as teenagers, with all those hormonal changes, growing up pains, crushes, and basically a lot of embarrassing moments. The show manages to be painfully hilarious, bringing with it the nostalgia of middle school days has and the bittersweet stories that are bound to have anyone hooked on. For those who grew up in the first decade of 2000, the show will surely remind you of your own school days right before the social media boom when teenagers still looked weird as opposed to the Instagram kids we see today. The time when chewing gum made you cool or french kissing meant you guys were “going out”.

There is a lot that we can expect from season 2. We did see the girls doing some experimenting in the first season, particularly with smoking a cigarette. If there is a second season, perhaps we will see them go a step further and experiment with drugs as well. There is also the drama surrounding Anna’s parent’s divorce and Maya’s periods. We definitely want a season 2 and hope it retains all the adolescent drama. Whether you were a dork or a jock, Pen15 is definitely worth watching.

Pen15 Season 2 Release Date: When will it premiere?

The ten-episode PEN 15 Season 1 premiered on February 8, 2019 on Hulu. If you already enjoyed binging on season 1 then you are probably wondering when season 2 of PEN15 will arrive. Well, we have good news for you. On May 1, 2019, Hulu renewed the show for another season. Considering the popularity of the show, we were not surprised that the show was renewed. Even though Hulu didn’t announce the release date, our best guess is that PEN 15 Season 2 will most likely come out in February, 2020. We will update this section as soon as we hear more.

Pen15 has gotten really good reviews so far. If you are a fan of adult comedy shows, do not miss out on this Hulu Production. Enjoy the official trailer for a little peek into the lives of Anna and Maya. If you haven’t seen the show yet head over to Hulu to catch all the episodes of the previous season.