Will There be a Penance Season 2? 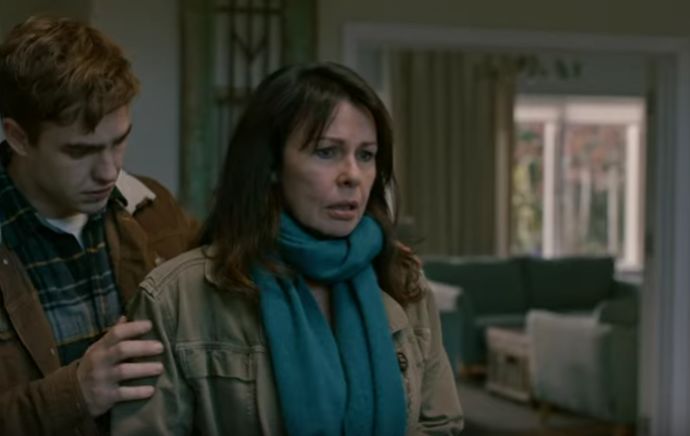 ‘Penance’ is a sexy British psychological thriller that airs on Sundance Now. Packed with twists and salacious intrigue, the story follows a grieving mother whose marriage starts to fall apart when she loses her son. But things take an even more complicated turn when she meets a charismatic and much younger man at bereavement counseling. Season 1 of the show keeps you on the edge of your seats at every turn. In case you are wondering if there will be another season of the show, here’s everything we know.

‘Penance’ season 1 released on May 21, 2020, on Sundance Now in the US. The miniseries consists of three episodes and all of the parts will land on the platform on the same date. The first season had already released in the UK in March 2020.

As fas as the next season goes, here’s what we know. Channel 5, the original network behind the show, has not given any indications about renewal. Moreover, the first season works well as a standalone series. Not to mention, the feedback hasn’t been all that great. Taking everything into account, it looks unlikely that the show will come back for another season. And even if ti does, don’t expect ‘Penance’ season 2 to release before 2022.

Penance Cast: Who is in it?

Penance Plot: What is it About?

Rosalie Douglas is married to Luke but she has recently lost her son. The stress and emotional turmoil are threatening to break her marriage apart. On the other hand, the couple’s teenage daughter, Maddie, has gone off the rails. Consumed with grief, Maddie suffers from unexplained guilt over her brother’s death. Meanwhile, Rosalie is leading a life of denial. She somehow refuses to accept the fact that her son is no more. She does not accept that Rob died in an accident. Hence, she chooses to attend bereavement counseling. This is where she meets Jed, a beautiful, charismatic young man. And the lives of the Douglas clan are changed forever. As soon as Rosalie sees Jed, she feels a spark of hope for the future. The household sees a glimpse of happiness. But underneath, we have a deadly and morally corrupt triangle brewing under the covers.

When ‘Penance’ originally debuted in the UK, it opened to rave reviews. While The Wall Street Journal branded it as a ‘Drama that sustains suspense’, The Guardian described it as superly ‘Suspenseful’. On the other hand, The Sun aptly surmised the drama by saying that it ‘Kept us on the edge of our seats and provided twists and turns we didn’t see coming… each episode was truly encapsulating’. inews.co.uk has dubbed it as ‘Enough twisty and salacious intrigue to keep you coming back’. Well, with the show now landing in the US, we are excited to see how the story unfolds across its three episodes!