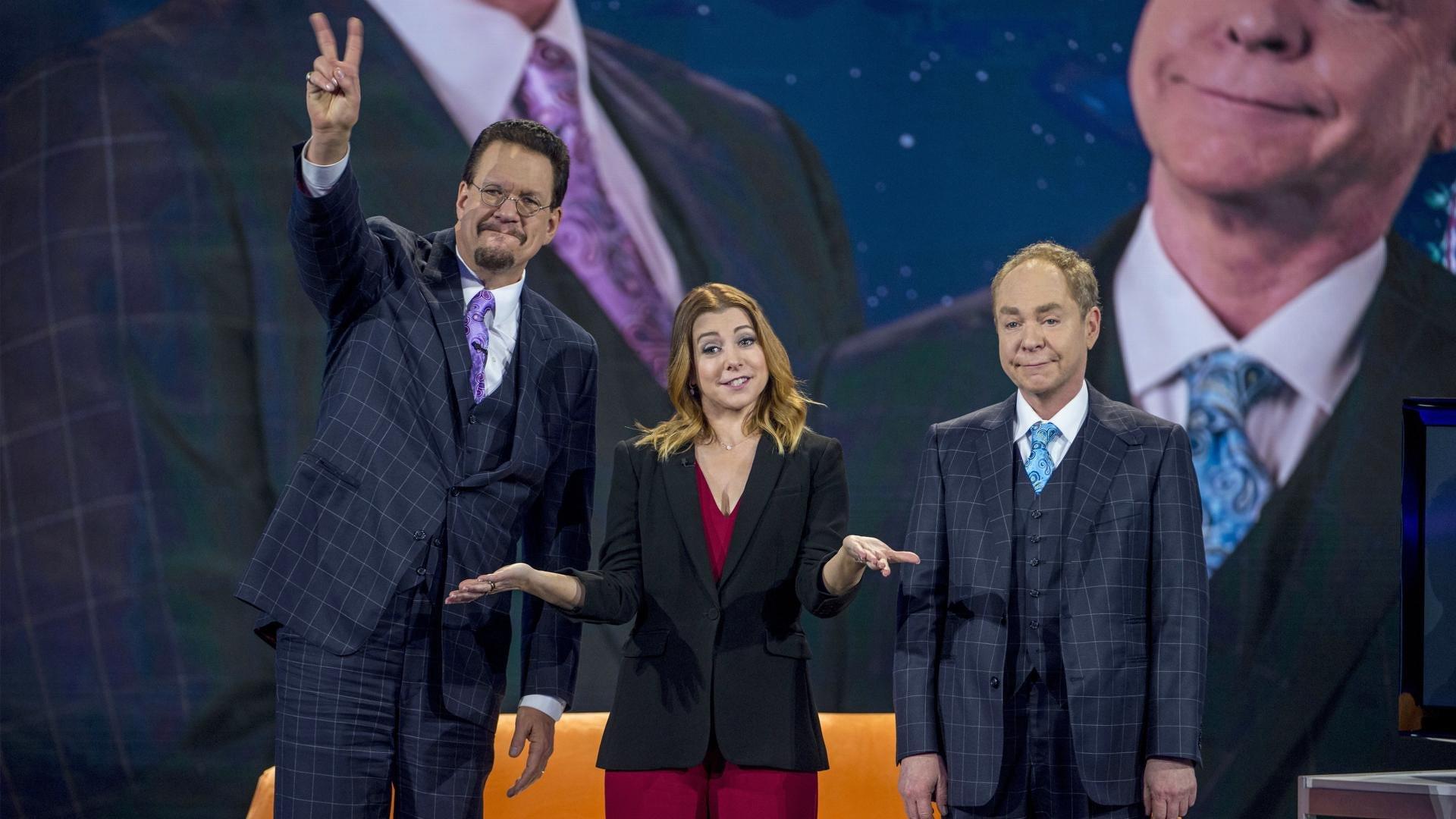 ‘Penn & Teller: Fool Us’ is a magic competition television program in which magicians perform tricks in front of the magician-comedian duo, Penn and Teller. After the act, if the duo is not able to figure out how a trick was done, the magician or magicians who performed it win a five-star trip to Las Vegas to perform as the opening act in Penn & Teller’s world-famous show as well as at the Rio Hotel and Casino.

In ‘Penn & Teller: Fool Us’, the stakes are quite high because the magicians are not performing in front of gullible crowds, but in front of magicians who are trained in the art of misdirection and illusion themselves. Thus, they have to bring their best game to the stage, which naturally makes the show an absolute treat for the viewers. Critics too have been very receptive to this series and the way it is conducted.

The show is recommended for every magic lover and is one of the most entertaining reality shows on television right now. It has been created by Penn Jillette, Teller, Peter Adam Golden, and Andrew Golder. The series airs on the ITV in the UK and on The CW in the USA, and the show first premiered on January 7, 2011. It has had a total of 6 seasons so far. Now the question is: when will ‘Penn & Teller: Fool Us’ season 7 premiere? Let’s find out.

Penn & Teller: Fool Us Season 7 Release Date: When Will it Premiere?

Notably, the first two seasons of the show had the controversial and flamboyant Jonathan Ross as the host. However, from the third season onwards, the show turned to Alyson Hannigan of ‘Buffy the Vampire Slayer‘ fame, but better known as Lily Aldrin in ‘How I Met Your Mother‘. Considering Hannigan’s star power and ability to effortlessly host the show, it came as no surprise when it was confirmed that she is returning to headline season 7 as well.

Read More in TV Preview: The Chalet | The Crown  | You Me Her

What Can Penn & Teller Fool Us Season 7 be About?

‘Penn & Teller: Fool Us’ focusses on magicians who perform their tricks in front of Penn and Teller and a live studio audience. After the performance, the judges confer with each other and then reveal whether they know how the trick was done or not. While the judges examine the equipment used to do the magic trick, the performer is interviewed by the host, giving the audience a chance to know them better. The revelation is always done in a cryptic manner or in writing, so as to avoid exposing the secret behind the trick.

If judges are not able to decode the trick, the magician wins the “Fooled Us” trophy and an opportunity to later perform at one of Penn & Teller’s Las Vegas shows. At the end of each episode, Penn & Teller perform a magic trick of their own. Notably, in the show, there is a backstage judge who is versed in magic and is informed of the mechanism behind the trick. This judge makes the call as to whether Penn and Teller have correctly gotten to the bottom of the secret behind the trick.

In season 7, the show will continue in a similar manner and we will get to see more of these magicians as they perform impressive tricks before the expert judges either manage to deconstruct them or are left just as amazed as the audience.

Check out the official trailer for season 7 below: