Will There be a Penny Dreadful: City of Angels Season 2? 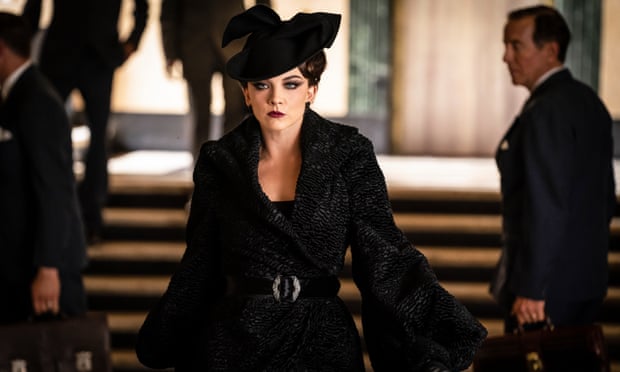 ‘Penny Dreadful: City of Angels’, created by John Logan, is a dark fantasy drama, conceptualized as a spinoff to the superhit ‘Penny Dreadful‘ series, released in 2014. The events of the new version are set 50 years after those of the original show, and bring forth enough content to be considered as a standalone title. Although ‘City of Angels’ starts off on a slow note, across the episodes, it picks up the pace and is an addictive watch overall. Its first season has just finished airing and fans are already curious if there will be a follow-up edition. Well, here’s everything we know about it.

‘Penny Dreadful: City of Angels’ season 1 released on April 26, 2020, on Showtime. It ended with its 10th episode on June 28, 2020. The network has not renewed the show for a new season yet but the future of the series stands on shaky grounds (somewhat). It had averaged only 0.3 million viewers per episode, which is quite low for a primetime title on the channel. So from a broadcaster’s point of view, experimenting with additional installments might be risky.

However, since season 1 is only 10 episodes long, it leaves a lot of loose ends to be tied up in future outings. The story starts off on a highly ambitious note and there’s so much going on that a single season is not enough to bring closure to all of its plot arcs. Moreover, the ratings for the inaugural installment on sites like Rotten Tomatoes and Metacritic are positive. Even fans have constantly continued to express their views about the series on social media — meaning, ‘City of Angels’ has managed to keep the buzz alive.

Considering all of the aforementioned factors, there is a 50/50 chance of a renewal. If Showtime decides to give it another shot, we can expect ‘Penny Dreadful: City of Angels’ season 2 to release sometime in April 2021.

Penny Dreadful: City of Angels Season 2 Cast: Who Can be in it?

Natalie Dormer from ‘Game of Thrones’ and ‘The Tudors’ fame, plays the character of a supernatural entity, who can take the form of any persona she wishes. Dormer, known by the name of Magda in the series, can replicate the personalities of Alexandra “Alex” Malone, Elsa Branson (as well as, Elsa’s son Frank), and Rio. Daniel Zovatto essays the role of Santiago “Tiago” Vega (a detective with the LAPD), Kerry Bishé stars as Sister Molly Finnister while Adriana Barraza plays Maria Vega (the Vega clan’s matriarch). Joining the cast in other lead roles are Jessica Garza as Josefina Vega, Michael Gladis as Charlton Townsend, Johnathan Nieves as Mateo Vega, Rory Kinnear as Peter Craft, and Nathan Lane as Lewis Michener. In season 2, almost the entire lead cast is expected to make their respective comebacks.