People Just Do Nothing: Cancelled or Renewed? 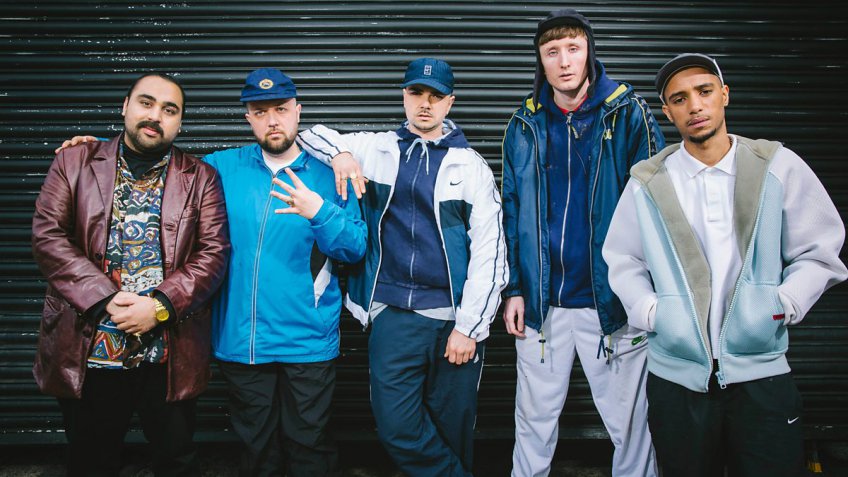 People Just Do Nothing is a British Mockumentary series (a program that takes a serious documentary and satirizes its subject). The creators and performers of the show are Allan Mustafa, Steve Stamp, Asim Chaudhry, and Hugo Chegwin. The show follows its two lead characters MC Grindah and DJ Beats and their goofy friends who work at a pirate radio station known as Kurupt FM that broadcasts UK garage and drum bass music from a town named Brentford in West London. It was not originally meant to be a show as originally it was only a series of sorts that became insanely popular and the group was requested to make a pilot episode for BBC’s channel three. The first series premiered on BBC 3 in July 2014, and the show ran successfully for five seasons ending on BBC two in 2018 after the completion of its fifth season.

People Just Do Nothing Cast: Who’s in it?

Allan Mustafa plays Anthony a.k.a ‘MC Grindah’ Zagrafos, who is the founder and leader of the radio station. He is a goofy but arrogant character who claims to be a musical genius despite having no real success. Hugo Chegwin as Kevin Bates a.k.a ‘DJ Beats’, who is the resident DJ. He is an extremely loyal friend to Grindah but is never given any importance by him, which is not appreciated by his partner Roche. Asim Chaudhry as Chabuddy G is a failed local entrepreneur. He is too optimistic and comes up with troublesome ideas which eventually lead the entire group into chaotic situations.

Steve Stamp as Steven Green a.k.a ‘Steves’, is a drug user and owns the flat from where the group broadcasts, it is hinted throughout the series that he is more musically gifted than it is let on. Daniel Sylvester Woolford plays Decoy, he is the laid back friend of the group and might be the biological father of Miche’s daughter Angel. Lily Brazier as Michelle Louise a.k.a ‘Miche’ Zagrafos (née Coleman), is Grindah’s girlfriend who later becomes his wife. She works at a salon and daydreams of becoming a celebrity. Ruth Bratt plays Roche who is Beats’ girlfriend, she used to be a bouncer and is currently a security guard at local cash and carry. She is not fond of Grindah or the radio station.

George Keywood plays Craig, who is Roche’s son from a previous marriage. He is a lazy teenager who spends a vast amount of time by staying home and playing video games. Olivia Jasmine Edwards plays Angel Zagrafos, who is Miche’s young daughter. Even though Grindah accepts her as his daughter, it is implied throughout the show that she is Decoy’s biological daughter. Maria Louis plays Aldona, who is Chabuddy’s cunning ex-wife who takes advantage of him for financial gain. Despite her never loving him truly, robbing and dumping him, Chabuddy is still not over Aldona. Marvin Jay Alvarez plays Fantasy, who is a DJ at their radio station Kurupt FM. Victoria Alcock plays Carol, who is Miche’s mother and is known to be quite promiscuous and flirtatious. Tiff Stevenson plays Tanya, who is Miche’s boss at the hair salon.

People Just Do Nothing Plot: What is it about?

The interesting aspect about this series is that the leading characters had known each other and were friends long before the show was even conceived. The group was formed by Hugo Chegwin who knew Steve since childhood and Asim since his college days and met Allan through mutual friends. The guys had experienced pirate radio shows in their youth and were hit with inspiration in the late 2000s when Chegwin and Stamp had a fake garage crew on a very real Kurupt Fm and even more so by a BBC documentary titled  “ Tower Block Dreams” which was about the underground music scene. After which they started developing characters and filming them, even putting it up on youtube with the channel name Wasteman TV. They were spotted on youtube by John Petrie who had worked with a former producer for The Office.

Petrie explained why he found the characters interesting by saying, ”It wasn’t fully-formed, but the more you watched it, the more you could see there was proper detail to the characters. I had no idea about the garage, really, but I just loved them as comic creations.” Atalla (the producer) then arranged for them to produce a pilot episode for BBC three which premiered on August 2012. The pilot became so popular that it was the most shared episode on iplayer that month after which, a complete series was ordered by BBC.

People Just Do Nothing Season 6 Release Date: Cancelled or Renewed?

The fifth season, which premiered on 12 November 2018, was deemed to be the final season of the series by the writers and the channel. When asked Mustafa in an interview on why the show is being cancelled he explained by saying, ”In the writers’ room, you’d think of an idea and then you’d realize we’ve already done it and that started happening more and more. We didn’t want to rinse it. We just wanted to leave it, hopefully, special, and end it on, hopefully, a high.”

There have been talks about a US remake of the series and also of a film which both Mustafa and Chegwin have confirmed. They have revealed that they will be producing it but will not in any way be involved in the writing process. Even though the original series had ended its journey with the fifth season, the essence will live on with a different version of the series and a movie. So, if by some miracle the show gets renewed, People Just Do Nothing Season 6 is only going to release in 2021 or 2022.