When Does Perfect Harmony Season 1 Start on NBC? 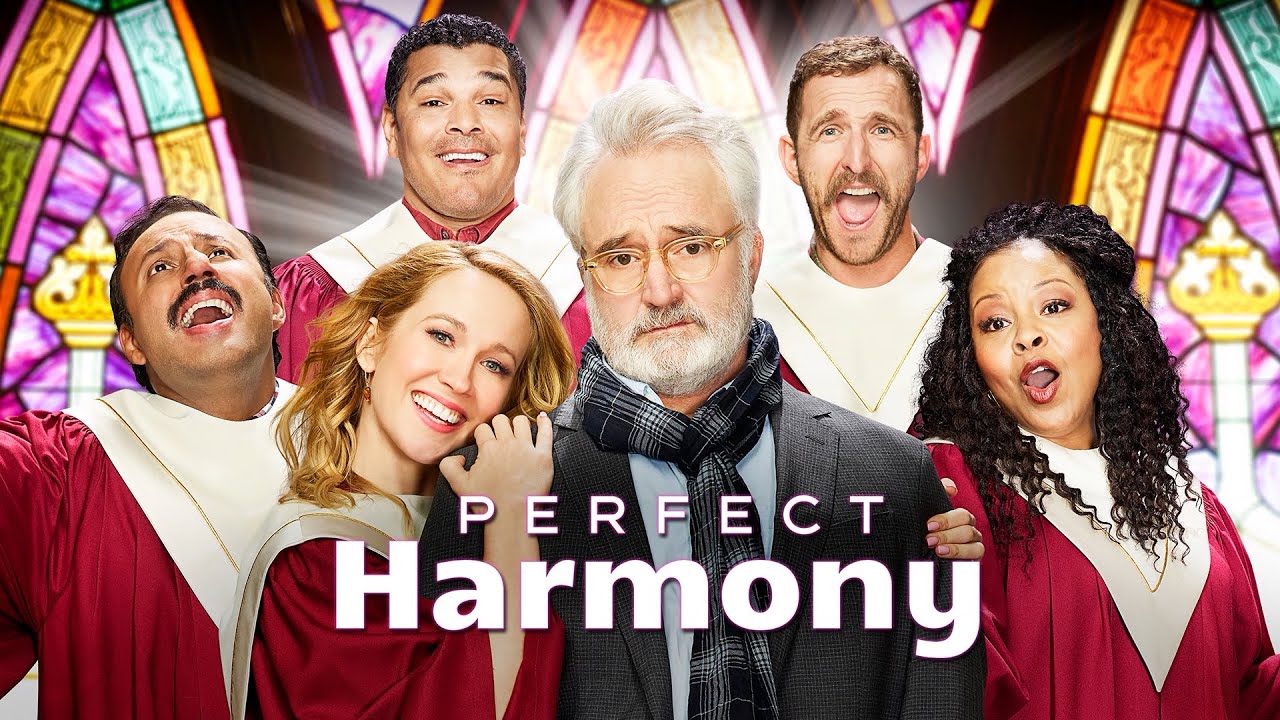 If you like music in your stories as much as you love drama, then television has some limited options. While there are great movie musicals like ‘La La Land’, ‘Pitch Perfect’, ‘Les Misérables’, and every other Disney movie for that matter, the genre hasn’t been so widely explored on the small screen. Yet, time and again, there come TV shows like ‘Glee’ that reinstate the faith of musical-lovers in television. For the years that it aired and the acclaim and popularity it received, it seemed like the television will soon be flooded with similar shows. However, the series ended back in 2015 and no replacement has risen up to fill the gap its absence has left in the hearts of the fans.

NBC has jumped on this opportunity with ‘Perfect Harmony’. It follows the story of a church choir that receives the guidance of a Princeton professor to compete in a choir competition. The series has been created and written by Lesley Wake Webster. She also executive produces it alongside Bradley Whitford, Jon Radler, Jason Winer and Adam Anders. Winer also dons the director’s cap for various episodes.

Bradley Whitford leads the cast of ‘Perfect Harmony’ as Arthur Cochran, an Ivy League professor who stumbles upon an imperfect church choir and decides to set their tones right. Whitford is a three-time Primetime Emmy winner. He has also received multiple Golden Globe nominations for his various roles. Some of his best-known works include ‘The West Wing’, ‘The Post’, ‘Get Out’, ‘Transparent’ and ‘The Handmaid’s Tale’.

Anna Camp plays the character of Ginny, a strong-willed woman and the leader of the choir. She is best-known for playing the role of Sarah Newlin in HBO’s ‘True Blood’ and the character of Aubrey Posen in musical comedy series, ‘Pitch Perfect’. Her other acting credits include ‘Mad Men’, ‘The Mindy Project’, ‘The Help’, ‘Café Society’ and ‘The Good Wife’. Geno Segers plays the role of Shep, a choir member who is shy and lacks confidence. He learns to accept his strong voice with the help of Arthur and starts to make efforts to get what he wants in life. Segers is known for his work in ‘Banshee’, ‘Teen Wolf’, ‘Brawl in Cell Block 99’ and ‘Pair of Kings’. 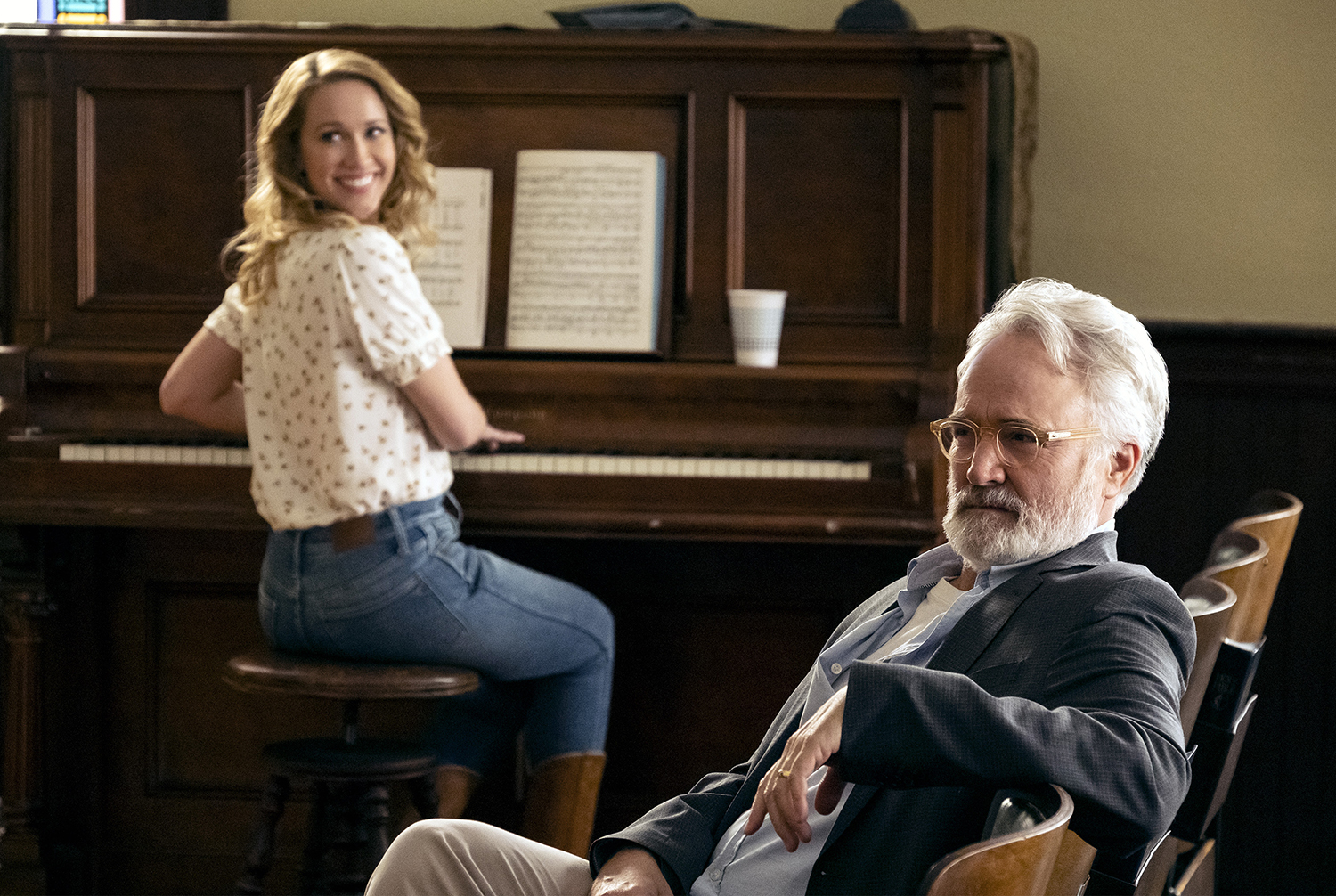 Regarding her inspiration for the series, executive producer Lesley Wake said: “I grew up singing in church choirs, going to church. My grandfather, who Bradley’s character was modelled on, was a choir director by trade… at the end of his life, he was living in rural Kentucky, my grandmother had passed away, and he got to a very dark place.” In ‘Perfect Harmony’, she uses this experience to show how music can transform lives and bring together a group of people who exhibit great dissimilarities.

Arthur Cochran had been a music professor at Princeton. He spent a good time of his life perfecting notes of his students and creating great music and musicians. He loved his job, but it couldn’t stay forever. When the time came, he had to retire, and suddenly, all the meaning was lost from his life. With the one thing he loved about living taken away from him, he wanders around, looking for something that can reignite that vigour in him. He doesn’t find anything, until one night when he hears a church choir singing so out of tune that it forces him to interfere.

The choir couldn’t have been happier to make his acquaintance, and they ask for his help in making them better. A choir competition is just along the curve and they need to perfect their tone if they are to win it. With nothing else to do, and the nagging inside his mind to not leave the group without correcting them, Arthur agrees to help.

The group is led by Ginny, a divorcee and a waitress who is the leader of the choir as well as its piano player. She helps Arthur connect with other members of the group by sharing their strengths and inhibitions to give him a perspective about their situation. Slowly and steadily, the group begins to open up to their gifts musically, while also incorporating Arthur’s lessons in their personal lives. Meanwhile, other groups come to know about Arthur’s involvement with Ginny’s choir. Some of them will do anything to win the competition, so Ginny and her friends should be ready for some attack.

Perfect Harmony Season 1 Release Date: When Will It Premiere?

‘Perfect Harmony’ Season 1 is set to premiere on September 26, 2019 on NBC. The series comes as a cool breeze in the heavy draught of musical dramas on television. It exudes energy and gives off a Disney feel-good vibe. Under all its colours, it carries deep emotions and the daily struggles of real people.

The characters are grounded in reality despite their seemingly larger than life stories and surviving against all odds mettle. The professor has been sketched as a man coming to terms with his retirement, losing the thing that gave him purpose. He might be surrounded by music and energetic people, but he is going through a rough patch and a lot of people will relate to that. Similarly, other characters are the representation of the struggles that won’t seem alien to the viewers. The actual response of the audience will become clear after a while.

NBC hasn’t given any official word on the ‘Perfect Harmony’ season 2, but if they do, we can expect the next instalment to pick up sometime in late 2020. As we receive more information, we will update this section.

Prepare yourself for a musical ride with this oddball group of people being led by a music professor who doesn’t know what he is doing with them. You can watch all episodes of the series on NBC. Have a look at the trailer here.