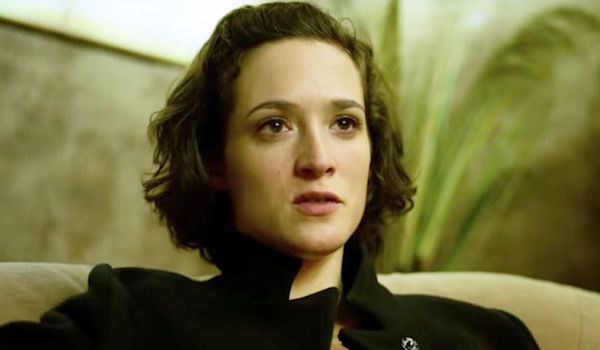 Perfume is a twisted murder mystery that will have you in its grip. The series is based on the novel by the same name by Patrick Süskind. It is an intense horror thriller originally written in German that also draws inspiration from the Constantin-produced film Perfume: The Story of a Murderer that released in 2006. It proved to be an international success. Netflix bought the international rights to stream the 2018 series. Soon afterwards, the first season premiered on December 21, 2018. It has so far enjoyed positive reviews and viewers are waiting for the next season.

The show takes place in several time periods, and the tone and set designs are brilliant. Perfume has a great mix of realistic characters that invoke equal parts of hate and sympathy. The German-produced series has to be watched with subtitles. Thanks to Netflix’s default settings, you are covered here. Philipp Kadelbach has directed all six episodes of Perfume. He is best known as the director for Emmy award-winning show Generation War and SS-GB, a BBC production.

Netflix has an amazing collection of international cinema; shows from abroad often come with higher risks as they don’t rely on an American model, which is known to be full of remakes and tired genre tropes. As investment in productions abroad grows by the month, shows like Occupied, Rita and Perfume have enjoyed top ratings and we can sure hope Netflix continues to bring us more new foreign shows.

The first season of the show received mixed response, with most critics praising the show’s aesthetics. Vogue had this to say about the show: “The show is lavishly shot and gleefully twisted; sexy, too-if you don’t mind your sex on the perv-y side.” While the first season enjoyed a moderate success, here’s everything we know about its next season.

Perfume Cast: Who is in it?

Friederike Becht plays the female investigator Nadja Simon while Wotan Wilke Möhring essays the role of her lover, prosecutor Joachim Grunberg. August Diehl portrays Moritz de Vries, the man who creates the perfume. Susanne Wuest (from Goodnight Mommy) plays the woman who orders the perfume. She is a therapist named Lydia Suchanow. All she wants is to be desired and loved like her twin sister. All actors have performed their roles deftly, in turn essaying the twisted darkness of their characters brilliantly. The suspense has us hooked till the end and will still leave you wanting more.

Perfume Plot: What is it about?

The series follows investigators Nadja Simon and Matthias Köhler, and prosecutor Joachim Grünberg as they try to solve a gruesome murder. A redhead woman’s body has been discovered, and the corpse is badly mutilated. A second body of a young boy is discovered that bears the same mutilation. Is there a serial killer on the loose? Characters who are all connected in some way and who are all fascinated by the concept of olfactory behavioural manipulation make up the central plot of the series. Five friends who went to the same boarding school as the first victim become prime suspects. Nada discovers that they had formed a secret club in school, where they obsessed over scents. Coincidence? The victim was found without her hair, axillary hair, and was also missing her olfactory glands.

The series is loosely inspired by the said book and film, and yet manages to bring with it a fresh take on the original idea. Each member of this secret club is inspired by the novel Perfume, and each has a different perspective on their motive. Nadja investigates these curious murders while handling her secret relationship with a married man, none other than the prosecutor Grünberg. She discovers that she is pregnant with his child who Grünberg wants nothing to do with and demands that she undergo an abortion. Will she let her personal life interfere with the investigation or will she discover the murderer(s) before it’s too late?

Crime thrillers are a big hit with viewers of most ages. Perfume will make your gut wrench as it takes you into the depths of a murderer’s mind. The series has been directed impeccably, and the actors look to be in great form. There are a lot of twists and turns, and it is difficult to guess the killer until the last episode. The central plot is well written, and everything falls into place in the end. The multiple characters only enhance the storytelling of the show. This is a fine example of why European storytelling is very different from what Hollywood usually does.

Season 1 of Perfume leads us to the creator of THE perfume that is a curious mix of unusual scents having the ability to calm people and cause them to fall in love with the wearer. To concoct such a magical potion, he requires ingredients from three different women; each bringing her own unique quality to the perfume, one for love, one for lust, and one for obsession. The season finale ends with Moritz de Vries mysteriously placing a small perfume bottle in a box containing lots of empty spaces, and with it, giving birth to a perfect set-up for season 2 of Perfume where viewers are left wondering if he will fill the empty places with more scents.

Perfume Season 2 Release Date: When will it premiere?

The first season of the show premiered on December 21, 2018. As far as the next season goes, we don’t have an official announcement yet. Though considering the uniqueness of the show, there’s a good chance that it would get renewed. The show requires extensive production, so our best guess is that Season 2 of Perfume can release sometime in 2020. We will update this section as soon as we hear more.

Watch the official Netflix trailer of season 1 to get a glimpse of the macabre, dark and twisted world of murder. The show is available to stream on Netflix.